A man died in hospital after being shot at the intersection of Jasmine Crescent and Ogilvie Road near Lester B. Pearson Catholic High School just before 6:30 p.m. 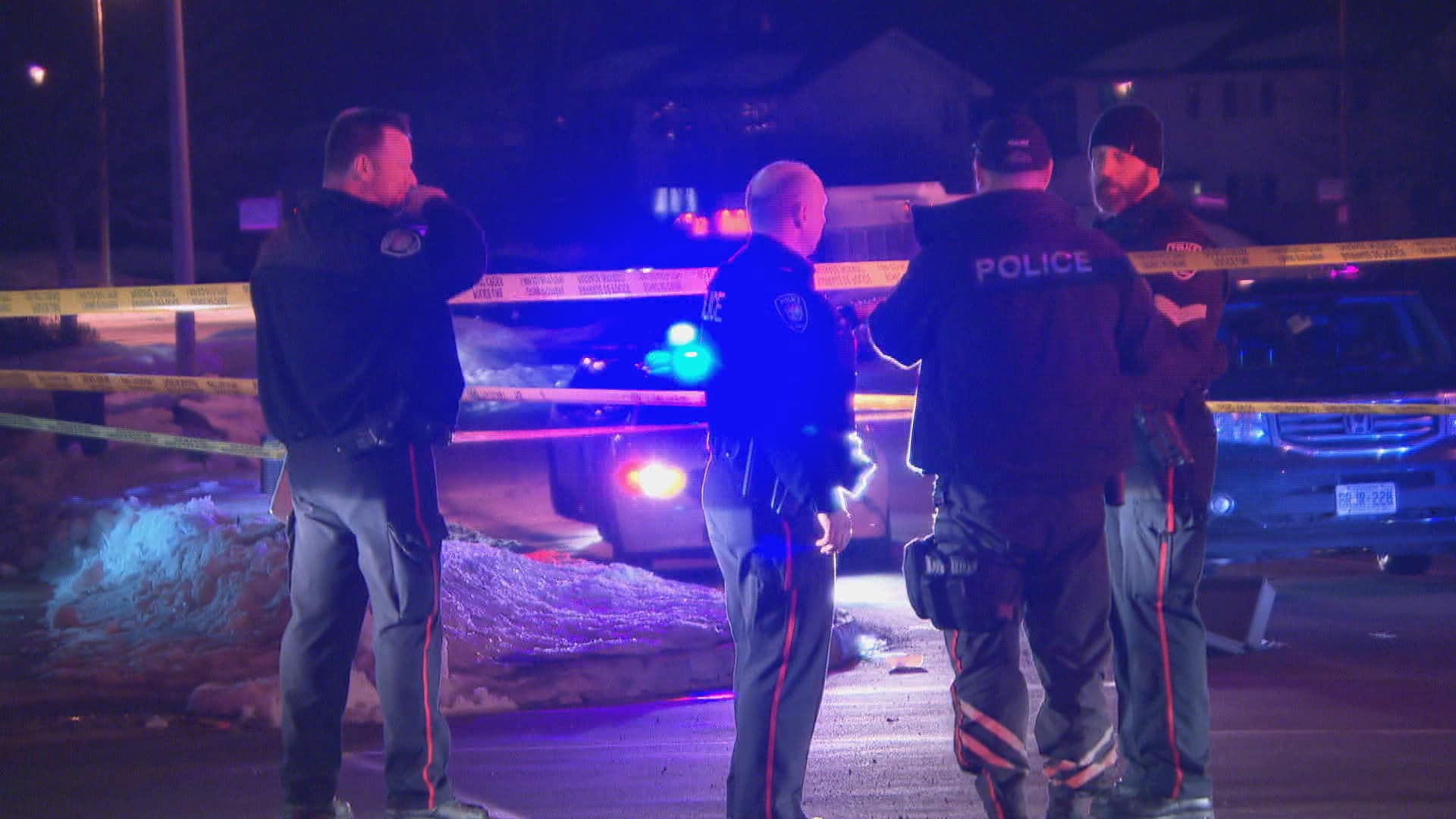 Homicide at Jasmine and Ogilvie

5 years ago
0:28
Ottawa police are investigating a homicide after a male was shot to death at the intersection of Jasmine Crescent and Ogilvie Road. 0:28

A man died in hospital after being shot at the intersection of Jasmine Crescent and Ogilvie Road just before 6:30 p.m., Ottawa police have confirmed.

It's Ottawa's fifth homicide of 2016, and the third on Jasmine Crescent in less than a year.

Students involved in after-school activities at Lester B. Pearson Catholic High School, located at the same intersection as the shooting, were asked to stay indoors as a precaution as the major crimes unit investigated.

Duty Insp. Sean McDade said police were interviewing many witnesses on Tuesday night, and that there was "conflicting information" on whether or not a vehicle was involved in the shooting.

No suspects have been identified and it's too early to tell what the motive of the shooting might be, he said in the hours following the shooting.

Roch Rondeau, a 21-year-old who lives in the neighbourhood, didn't see the shooting but saw a young man lying on the pavement being treated by paramedics.

"It's not that good of a neighbourhood anymore," said Rondeau, adding he'd like to see more "a lot more security" in the area.

In 2015, two teenagers were killed months apart on Jasmine Crescent.

Connor Stevenson, 18, was stabbed to death in the stairwell of the neighbouring highrise a 2020 Jasmine Cres., in April. David Dubois, 19, was charged with second-degree murder in Stevenson's death.

Issaiah Clachar, 17, died after being stabbed several times outside the highrise apartment building at 2000 Jasmine Cr., in September. Another man was also seriously injured but survived.

Keanu Croteau, 18, and Mohamad Hamade, 25, were charged with second-degree murder in Clachar's death. Both were also charged with attempted murder.