Man pleads guilty to brutal attack on Breezy the dog

An Ottawa man has pleaded guilty in connection with a violent shovel attack on a young dog in October.

WARNING: Details in this story may be disturbing to some readers 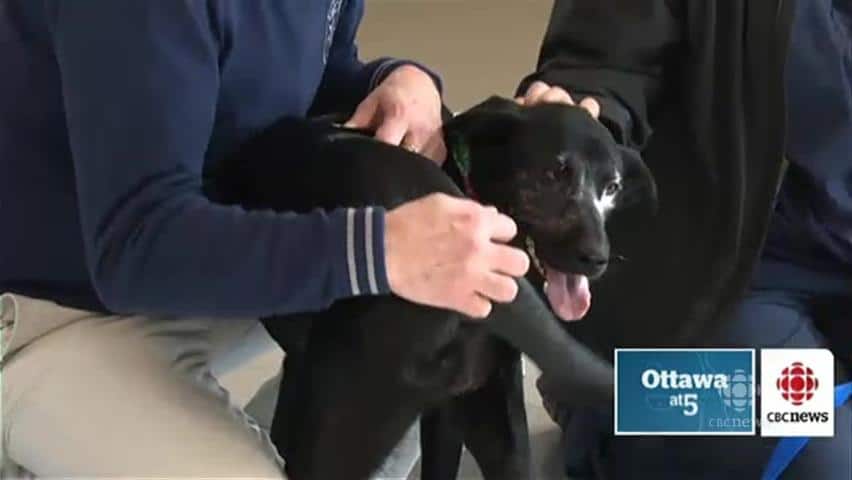 7 years agoVideo
3:04
Plea comes after incident in which Breezy the dog was hit with shovel and left in dumpster.. 3:04

An Ottawa man has pleaded guilty in connection with a violent shovel attack on a young dog in October.

Witnesses said Helfer kicked and beat Breezy with a rake and shovel in front of a home in the Manor Park neighbourhood, then threw her body in a dumpster.

Breezy was left with serious head and chest injuries, but has recovered and is in the care of an Ottawa Humane Society foster volunteer.

Helfer also pleaded guilty to criminal harassment of his mother and two counts of assault with a weapon after he waved a rake at his neighbours.

He denied allegations made by his family that he killed a pregnant chinchilla and his pet rats.

The judge has ordered him to undergo a psychiatric assessment and return to court on Feb. 14, when the Crown will attempt to prove those allegations he denies.

The Ottawa Humane Society said Helfer is scheduled for sentencing based on the maiming an animal guilty plea in early 2014.

Their executive director Bruce Roney said the maximum sentence Helfer could get is five years in prison and a lifetime ban from owning animals, although that being given is "unheard of" in animal cruelty cases.

"The eyes of the world are watching to see how our courts sentence Breezy's attacker," Roney said in a news release, mentioning a petition with more than 100,000 signatures asking Helfer get the maximum sentence.

"We all want justice for Breezy and for crimes against animals to be recognized as worthy of serious consequences."

The humane society said in their news release that Breezy may still lose her eye and has her appointment with a specialist early in the new year.