Heritage Minister Mélanie Joly says the Liberal government will reinvest in the arts and the CBC, but provides no timeline.

Mélanie Joly is a new minister with a new mandate 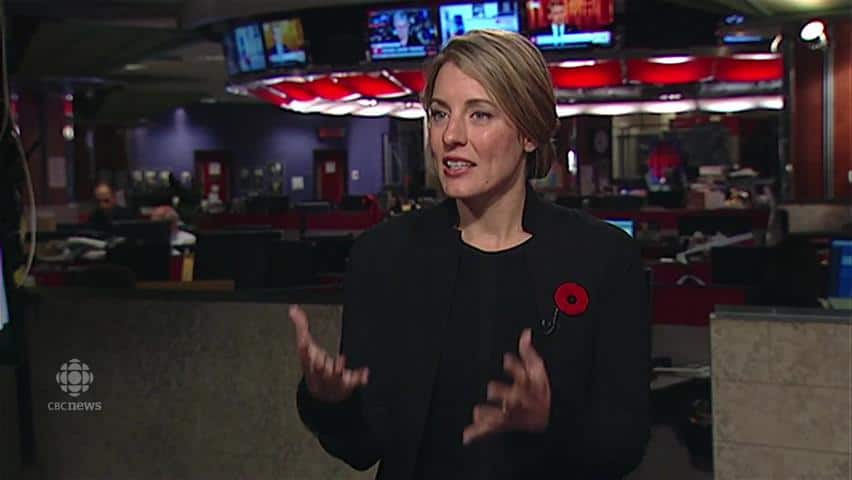 Just hours after being sworn in yesterday, Joly outlined priorities that include increasing the budgets of the Canada Council for the Arts and the CBC, as well as planning for the countrywide celebration of the 150th anniversary of Confederation.

I have the best ministry!- Minister of Canadian Heritage Mélanie Joly

"I have the best ministry," the Montreal MP enthused. "First of all it's important that the government really bridges, fosters new relations with artists, and of course there is going to be the 150th anniversary of our country, but more than that it's a new relationship between Canada and the art scene and the art world."

Joly said she will keep the Liberal promise to double the annual federal contribution to the Canada Council of the Arts from $180 million to $360 million, while restoring $25 million in funding to Telefilm Canada and the National Film Board.

The new minister also said the Liberals will re-invest $150 million for CBC and Radio-Canada.

"I like to think that the Ministry of Canadian Heritage is the ministry of symbols, and after a Harper government of nine years, which was a Conservative government, it's time to have a government that shows symbols of progressiveness," said Joly.

Joly said she had yet to be fully briefed on her portfolio.