Meet the Ottawa scientist whose recipe blog has 40M views

Chinese food enthusiasts know the recipe blog MaomaoMom is the place to go for delicious, time-tested recipes. What they might not know is that an Ottawa chemist is the woman behind it.

Lu Yang is an NRC scientist and the woman behind MaomaoMom

The blog is so popular it recently surpassed 40 million page views.

What not everyone knows, however, is that the woman visitors rely on for those healthy, authentic dishes is Lu Yang, a National Research Council chemist based in Ottawa.

Many Chinese-Canadians, when they move to Canada, they don't know how to cook. So at least they have [somewhere] they can look to start with.- Lu Yang, aka MaomaoMom

When Yang isn't in the lab analyzing mass spectrometer research, she's in her home testing out all manner of intriguing kitchen devices.

"They blend well, I think," Yang told Alan Neal, host of CBC Radio's All In A Day.

"As a chemist, I do experiments in the lab. In the kitchen, [I] also experiment." 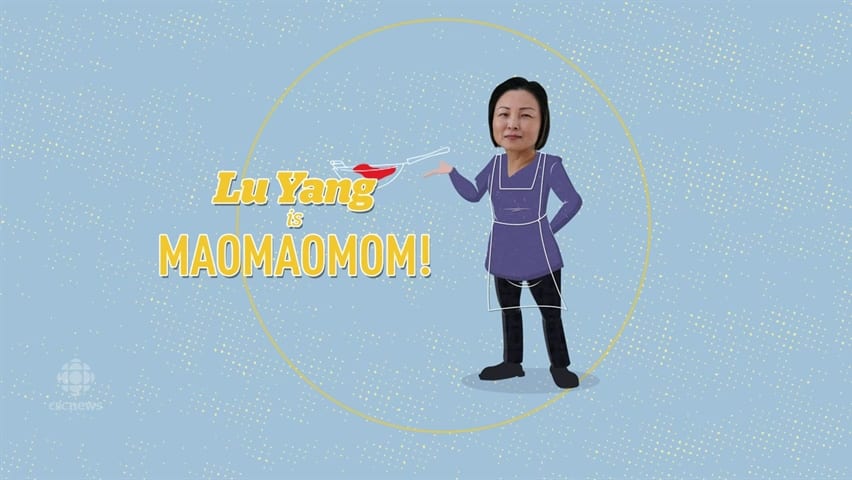 In the kitchen with MaomaoMom

2 years ago
3:21
Lu Yang's Chinese recipe blog MaomaoMom has had 40 million views. She shared the story of the blog and a recipe with the CBC's Alan Neal. 3:21

A dearth of 'authentic' food

Yang traces the blog's genesis all the way back to 1993, when she moved to Ottawa and noticed there weren't many local restaurants providing "authentic Chinese food."

"Just lots of fried food I didn't like. Too oily, maybe. I wanted something more healthy," Yang said.

It helped that, when her son was born in 2006, he turned out to be "quite a little fussy eater." And when a dinner party guest later told her she should share her recipes online, she took the plunge.

She began posting one recipe a week in Chinese. Gradually, more and more people began to take notice — and before she knew it, millions of people had read her recipes for dishes like ma po tofu or braised pork with bamboo.

"Many Chinese-Canadians, when they move to Canada, they don't know how to cook. So at least they have [somewhere] they can look to start with," she said.

As for her site's name: "Maomao," Yang said, is her nickname for her son — and it means "sweetie" or "darling."

This week on D is for Dinner, Yang shares her recipe for pan-fried garlic and soy chicken wings.

CBC Radio's All In A Day