About 1,500 long-term care workers from 10 nursing homes in the Ottawa region are the first to receive the new Pfizer-BioNTech vaccine, which arrived on Monday. 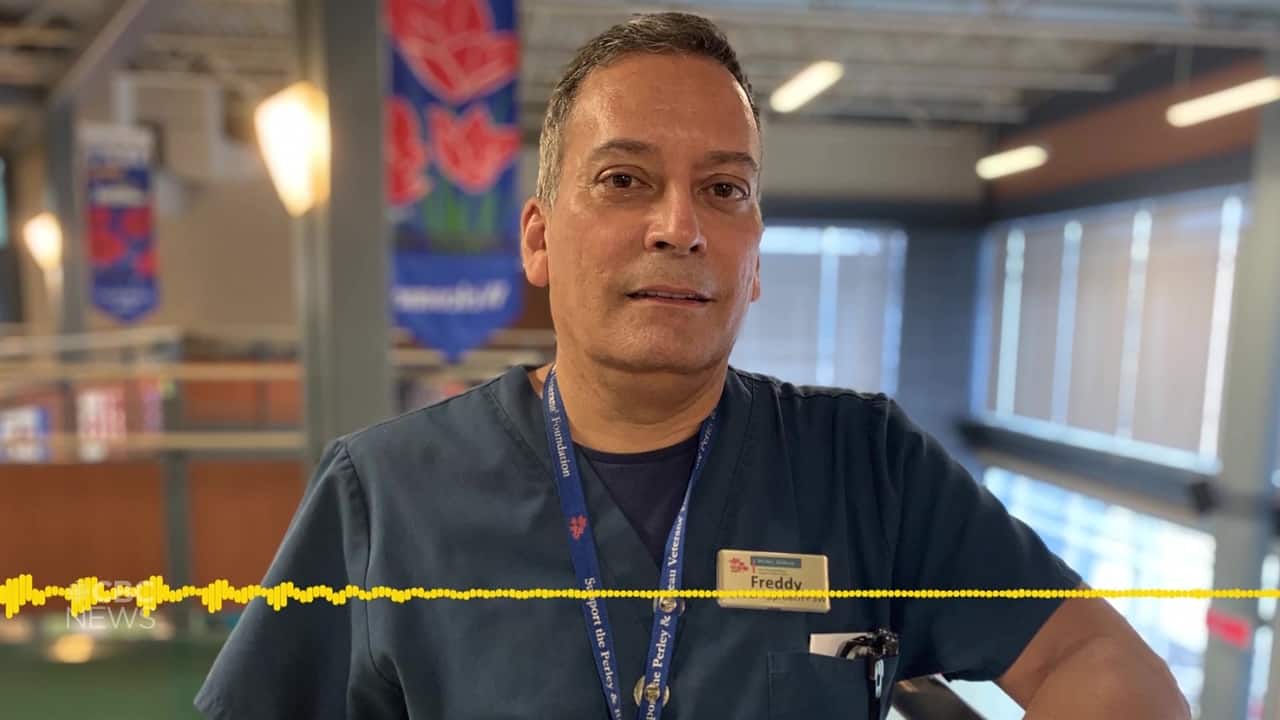 ‘We have a long way to go, but we’re getting somewhere’

1 month agoVideo
0:48
Freddy Vazquez, a personal support worker at the Perley and Rideau Veterans Health Centre, says he’s relieved to be one of the first in Ottawa to receive the COVID-19 vaccine and hopes his experience will encourage others to get the shot when they can. 0:48

After months of living in fear for the elderly residents he cares for and the people he works with, Freddy Vazquez hopes the shot in the arm he gets on Tuesday will be the beginning of the end of COVID-19 fears inside his workplace.

Vazquez, a specialized personal support worker who helps residents with dementia, delirium and depression at the Perley and Rideau Veterans' Health Centre in Ottawa, gets emotional talking about the vaccine that's now arrived.

The Perley, a 450-bed facility, has seen three outbreaks and lost 13 residents to COVID-19.

"I know we have a long way to go, but we are getting somewhere," said Vazquez. "We have lost so many lives."

He and about 350 other staff members at the Perley will be among those getting the first vaccinations at The Ottawa Hospital Civic campus starting Tuesday.

About 1,500 long-term care workers from 10 nursing homes in the Ottawa region are set to be the first to receive the new Pfizer-BioNTech vaccine, which arrived on Monday.

It’s official!<br>The Ottawa Hospital delivered the first COVID-19 vaccination in Ottawa.<br><br>Jo-Anne Miner, Personal Support Worker at St. Patrick’s Home, was the first to receive the vaccine!<br>“This is will help create a safe space for me, my colleagues, and the residents.” <a href="https://t.co/E4UqwLQeTK">pic.twitter.com/E4UqwLQeTK</a>

A 'way out of the abyss'

The 3,000 doses arriving in the first shipment will allow 1,500 workers to receive two shots each, between now and next month.

"I wish everybody would get it at the same time, but I know that's not the case. It's impossible," said Vazquez.

In Ontario, 2,400 long-term care home residents and eight workers have died of COVID-19 since March.

During this first round in Ottawa, residents won't be vaccinated — rather, the decision locally was to concentrate on workers.

"They prioritized the larger, long-term care homes because they believe the larger ones have a higher number of employees that could spread the virus," said Renée Légaré, vice-president of human resources at The Ottawa Hospital.

Retired general Rick Hillier, who is leading Ontario's vaccine task force, said the rollout is exciting and a "way out of the abyss."

Hillier visited both the Toronto and Ottawa sites and met with those who'll be delivering the vaccine, and he notes they're learning as they go.

"We've asked them to do a bit of a playbook for us and come back later this week and tell us what they did, what went right, what went wrong and what they did to fix it. And then we want to distribute that and talk to all the other sites that are going to get the next doses," said Hillier.

Vazquez already has his appointment for his booster shot in January. He says he was happy to volunteer among those receiving the vaccine during the first round.

"I count myself lucky that I'm able to get this vaccine and I'm one of the first ones," said Vazquez.

"I know [there] might be some people, they want to wait, which I understand. But in my case, I want to get this done. And maybe if I can help someone else and talk to someone else to encourage the people to get this vaccine, why not?"