The local franchise of the discount home furnishing business closed its Ottawa location, a move that confused both its parent company and customers.

Parent company said it hopes to re-open store within week 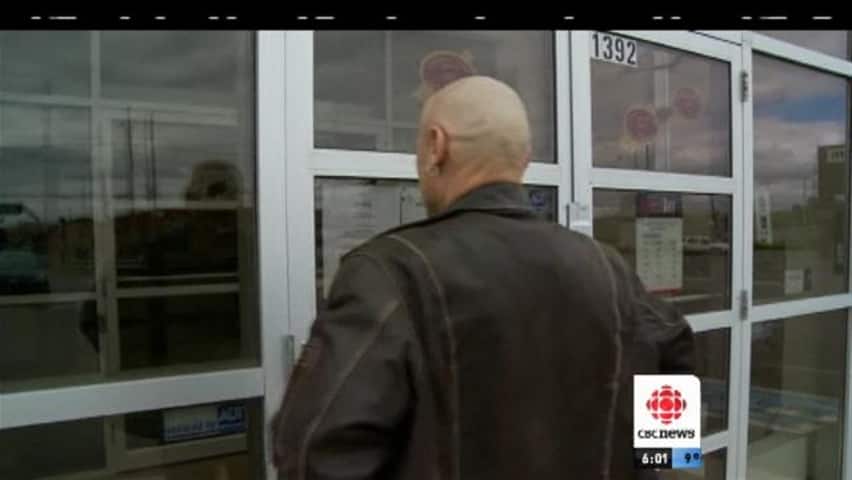 The local franchise of the discount home furnishing business Direct Buy closed its Ottawa location Wednesday, a move that confused both its parent company and customers who came to the store hoping to pick up their merchandise.

Customers who arrived at the retailer's warehouse on Cyrville Road Wednesday were greeted with locked doors and a notice explaining that its local franchise, called DB Ottawa Inc., was in bankruptcy.

Mark Reid, who drove to the warehouse to exchange an ottoman he had purchased through the company, said he wasn't sure what he was going to do.

The company has more than 7,200 active members in the Ottawa area, some who have paid fees as high as $6,000 to get access to the deals.

The decision to close the doors was equally surprising to the parent company, who were not notified until Tuesday, wrote spokesman Mike Georgeff in an email response.

"We have never had a franchise close abruptly in this fashion without having worked with the corporate headquarters to ensure a smooth transition for our members and the club’s staff. In the past, when a club has closed, our members have not encountered losses and we’ve done our best to ensure they received continuing benefits," wrote Georgeff.

The company said it plans to contact local members, including information about any outstanding orders.

A letter was emailed to customers of Direct Buy Ottawa Wednesday explaining the closure and the company's efforts to make sure everyone received their orders.

Georgeff said the company will attempt through its lawyers to get access to the store to reopen it as a corporately-owned location.

"We are hopeful that we’ll be able to open the club within a week. If we are forced to find an alternate location in which to re-open the club that will take longer," he said.