When will the public get back in on LeBreton talks?

There will be no public update of the controversial LeBreton Flats redevelopment project at the National Capital Commission meeting Thursday morning, while billionaires negotiate in secret to keep an NHL arena in the game. When will the public get to weigh in on what happens next?

While billionaires negotiate behind closed doors, residents deserve a say about what happens next

When the board of the National Capital Commission gets together Thursday morning for its final meeting under the tenure of CEO Mark Kristmanson, one major issue will be glaringly absent from the agenda: LeBreton Flats.

That's not how it was supposed to happen.

The board should have been making a milestone decision about what to do next in the fraught process to redevelop the public land just west of downtown, after the RendezVous LeBreton partnership appeared to have collapsed amid hundreds of millions of dollars' worth of lawsuits.

But in a last-ditch attempt to save the deal, the RendezVous partners — Ottawa Senators owner Eugene Melnyk and Trinity Development executive chairman John Ruddy — dove into confidential mediation, and the NCC board extended their deadline by more than a month, to the end of February.

As reported by CBC, the feuding partners have even invited second-place bidders Devcore Canderel DLS — the group backed by Quebec-based André Desmarais and Guy Laliberté — to join in the secret talks.

So, instead of deciding what to do next with the 21 hectares of prime property and providing a public update Thursday, the board of directors will instead be briefed on the file during a confidential meeting Friday.

That leads to a key question: while a bunch of billionaires discuss behind closed doors how they'd like to divvy up this unique property, when, exactly, will the public get a say on what happens next?

It was almost exactly three years ago that thousands of people streamed through the National War Museum's doors to look at the two visions for LeBreton put forward by the only two bidders who submitted proposals to the NCC to redevelop the land.

They both included NHL venues, although the arena played a much more central role in the RendezVous plan.

While the idea of a downtown arena is appealing to many, there isn't unanimous support for a professional sports venue at LeBreton. Even back in 2016, the public feedback — including among those who sided with the RendezVous vision — indicated that residents were critical of the arena being the focal point of the development.

In the ensuing years, while both attendance at Sens games and public support for Melnyk has, to put it mildly, waned, Ottawans' support for a downtown arena has remained ambivalent. A recent EKOS poll found the public is split down the middle on whether an arena is crucial to LeBreton's redevelopment.

And yet, the businessmen struggling to hammer out a new plan remain focused on how to keep the Senators in the LeBreton game. Is this what we really want? 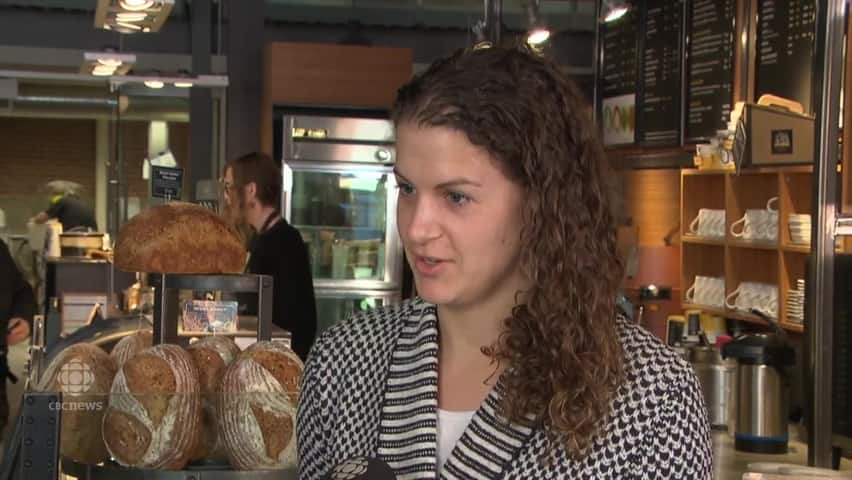 2 years ago
1:41
CBC visited Little Italy in January, 2019 to hear what people there want to see happen on nearby LeBreton Flats. 1:41

Public has other ideas

No one knows, because no one asked us.

The public was consulted largely after the bids were already fully formed plans. What about asking the people of Ottawa — and the rest of the country — what they'd like to see happen at LeBreton before the money men put their stamps on it?

The EKOS poll shows that most residents want to see something happening at LeBreton, but they tell CBC they want community input from the start, not at the end.

Their ideas range from more affordable housing and public amenities that both integrate and serve surrounding communities.

They'd like to see fewer highrises than proposed, especially considering there are already thousands of units approved for construction around LeBreton, including Claridge's five-tower East Flats, the Zibi development and Trinity's own three-tower plan for 900 Albert St.

Some would like to see a museum, others a park. One intrepid high schooler wants to build the tallest towers in Canada and connect them with a zip line.

To be fair, there are plenty of inspiring concepts in both plans, from the RendezVous concept of showcasing the area's historic aqueduct to DCDLS's plan for a botanical garden along the SJAM parkway. And it's possible that the two former rivals are putting together a new concept that blends the best of both visions.

But we need to guard against the snowballing tendency of grandiose projects, where so much effort and expectation is lavished on years of planning that, after a while, the whole thing gathers so much momentum that it begins to feel unstoppable.

The whole LeBreton plan seemed designed from the outset to create that sort of excitement. Back in 2014, the NCC made one criteria for the redevelopment the inclusion of "an attraction of a regional, national or international significance" that also qualified Ottawa as a "world-class capital destination."

That sounds cool, but always meant different things to different people. There will never be consensus on exactly what to do at LeBreton, but one thing everyone should insist on — even if it isn't thrilling — is the plain satisfaction of knowing that regular people had real input into what ultimately gets built there.