A team led by Toronto-based developer Dream has been chosen to build a pair of towers at LeBreton Flats that promises a mixture of affordable housing units, social programs and environmentally friendly construction that Ottawa rarely sees.

A team led by Toronto-based developer Dream has been chosen to build a pair of towers at LeBreton Flats that promises a mixture of affordable housing units, social programs and environmentally friendly construction that Ottawa rarely sees.

The National Capital Commission (NCC) will sell the 1.1-hectare parcel between Pimisi light rail station and the future central library — being built jointly by the City of Ottawa and Library and Archives Canada — for $30 million.

Of that purchase price, $27.5 million will be subsidized by the Canada Mortgage and Housing Corporation (CMHC) with a forgivable loan to support affordable housing and net-zero construction.

This parcel is the commission's first sale in a rebooted master plan at the prominent and long-vacant site in Ottawa's urban core. The NCC chose Dream from three shortlisted bids.

"I think it's a really fantastic start and it does set the tone and the stage for future real estate parcels," said NCC CEO Tobi Nussbaum.

Almost half of units to be 'affordable'

Dream Asset Management Corporation is the company behind Zibi, the major redevelopment taking place nearby on the site of the former paper mill on the Ottawa River.

It has partnered with Ottawa non-profit Multifaith Housing Initiative, which will own 130 of the 601 units and offer them for rent at 59 per cent below market rental value, in perpetuity.

Dream will also operate 117 of its rental units at 79 per cent of the market rate for 55 years, which means 41 per cent of the apartments will be offered at a below-market rental price.

The site itself is attractive, he added.

"We see it as an important connector and an important gateway for the LeBreton Flats development," said Robitaille. 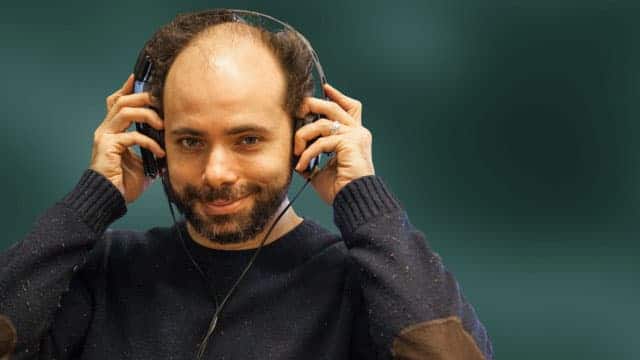 All in a Day9:07NCC announces winning bid for LeBreton Flats development parcel
The National Capital Commission announced the winning bid for the first phase of building at the LeBreton Flats library parcel. The Toronto-based developer Dream is proposing 600 new rental apartments, 40 per cent of which will be affordable housing, along with social programming, a community hub, and other amenities. All in a Day spoke with the head of the Multifaith Housing Initiative, which has been working with Dream on the project for months.

Dream's charitable arm will also provide $150,000 in funding per year for 20 years to provide programs on site for Indigenous people, veterans, new immigrants, women and children, and adults with cognitive disabilities.

It's also proposing a community hub, daycare and community bike shop, amenities long sought by residents in the area. The target is for tenants to move in by early 2026.

The NCC also touted the project's green credentials on Thursday, saying it would become the largest residential building in Canada to be considered "zero-carbon" by the Canada Green Building Council.

The towers will even make use of heat from the large collector sewers under the site in order to heat and cool the towers. A window will let passersby see the exchange system.

NCC board members were enthusiastic about this first sale at LeBreton, and saw it as a "proof of concept" for the next phases.

"Let's be honest, I think some people were skeptical," said board member and Toronto lawyer Michael Foderick. "There's no reason for skepticism anymore. It's obvious that this is going to work."

Fellow board member Larry Beasley, a former chief planner in Vancouver, said the NCC should be doing model projects like this.

"I really feel confident now that LeBreton will join that small list of projects [in the world] that are achieving all the fronts that are needed in modern cities."