The weight of 9,000 Twenty One Pilots fans bouncing to the beat at Ottawa's TD Place arena caused more damage to the building than previously reported — damage similar to the impact of a low-magnitude earthquake, CBC News has learned. 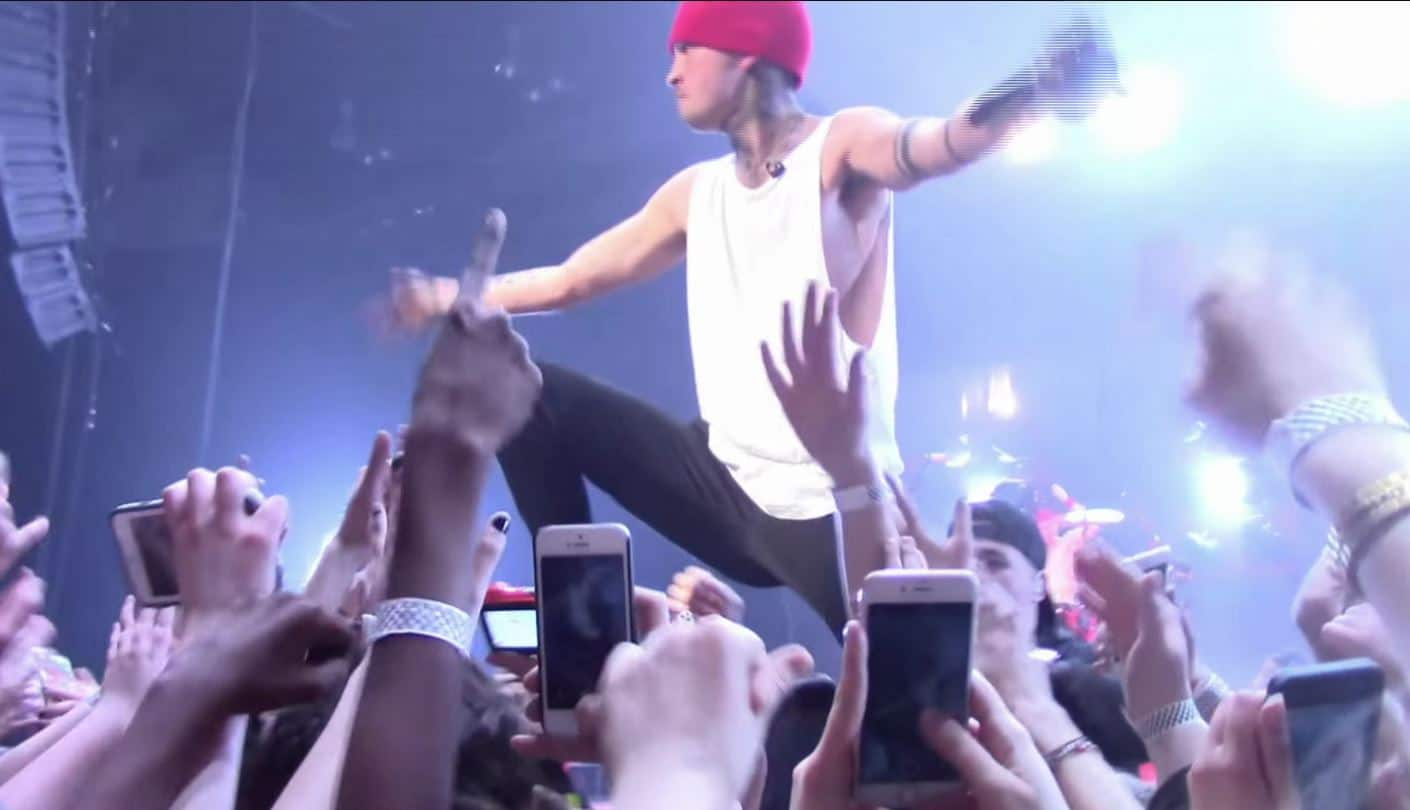 5 years agoVideo
0:29
Jumping at a Twenty One Pilots show on April 1, 2016 caused damage consistent with a low-level earthquake. (Video from YouTube) 0:29

The weight of 9,000 Twenty One Pilots fans bouncing to the beat at Ottawa's TD Place arena caused more damage to the building than previously reported — damage deemed similar to the impact of a low-magnitude earthquake, CBC News has learned.

Excessive vibration in the stands mimicked seismic waves, collapsing the ceiling in several areas of the GoodLife Fitness directly below the arena, according to an engineer's report obtained by CBC News through an access to information request.

Officials downplayed the damage the next day, claiming only a few ceiling tiles had fallen, but internal emails sent to the mayor's office tell a different story.

​As soon as the damage was discovered, the city issued an order to fix an "unsafe building." GoodLife was forced to close for two days while a structural engineer hired by the city investigated.

"The damage observed was consistent with that which would be expected of a low-magnitude earthquake," Burtt wrote in his report to Marco Manconi, the city manager who led the construction of the Lansdowne Park redevelopment.

The subcontractor that installed the drop ceiling for GoodLife made some mistakes.- Randy Burgess, OSEG spokesman

GoodLife's own contractor brought in a second engineer who made similar findings. Gord Bowman of Bowman Steel Management reported the T-bar ceiling disconnected in three separate areas, causing the damage.

"The subcontractor that installed the drop ceiling for GoodLife made some mistakes," said Randy Burgess, Ottawa Sports and Entertainment Group's vice-president of communications.

Burgess said engineers examined the roof and determined the problem wasn't structural. The arena floor is built to shift with the weight of fans, he added. "The building is designed to move and its integrity was proven during that show."

'It was just shaking so much'

Several fans who were at the concert said they felt the floor shake during all the band's hit songs, and when the lead singer ran into the crowd.

The floor felt like it could maybe fall down.- Meagan Morin, concertgoer

"Everyone simultaneously started jumping," said concertgoer Meagan Morin. "It was exciting and crazy. The floor felt like it could maybe fall down. It was just shaking so much."

Morin attended the concert with her mother and sister.

"[The singer would] say, 'Get low!" So everyone would crunch down and then we'd all jump up and start going crazy. For a second I was like, 'Whoa, this is moving a lot, maybe we should stop.'"

A GoodLife staff member said the gym fielded calls from concerned patrons for weeks following the ceiling collapse. Members wanted to know if it was safe to work out at the gym.

"We're being cautious when there are concerts for the first couple concerts to make sure everything is good," said Tracey Matthews, GoodLife's director of membership services. "But we don't have any reason to believe it wouldn't be."

We're being cautious when there are concerts.- Tracey Matthews, GoodLife Fitness

The gym's construction team worked around the clock to repair the ceiling and reinforce audio equipment, says Matthews.

The gym re-opened the Monday morning following the concert.

"It was frustrating," said gym member Sean Costello of the two-day closure. "It was disappointing. You pay a membership to go use equipment."

This isn't the first time Costello has seen damage to the ceiling at GoodLife. He said he's spotted problems on three separate occasions over the last year.

"I've seen water damage, wet ceiling, tiles coming out, buckets underneath that they have to deal with. When you've got a concrete slab above you, you should be able to trust that."

Goodlife confirmed there have been a few incidents of water damage since the facility opened last year. In two cases, the roof had to be patched because water was leaking into the gym from outside.

"In any new construction, new builds, you can foresee some issues upon opening and all of those have been repaired," said Matthews. "But nothing [previous] was due to a concert or anything."

A month before the ceiling collapse, OSEG sued a design firm and four other companies, including engineers involved in the redevelopment of TD Place stadium. OSEG is seeking $5 million for negligent work and breaches of contract.

"There's no connection at all between the incident at GoodLife and any other matter that pertains to the overall construction of our facility," said OSEG's Randy Burgess.

In the biggest lawsuit, Toronto-based CannonDesign faces claims it was negligent with its work on TD Place Stadium and the conversion of the 33,500 square foot space below into leasable retail space — including the area that's now GoodLife Fitness.

The area's city councillor, David Chernushenko, has called for a simulation before the next major concert to test the repairs and avoid a repeat of the damage.

Singer Meat Loaf is scheduled to take the TD Place stage on June 6.