U.S. wine and Heinz condiments are no longer on the menu at Lala Bistro, a move the Gatineau restaurant's owners say they made in solidarity with Prime Minister Justin Trudeau following insults — and tariffs — from President Donald Trump. 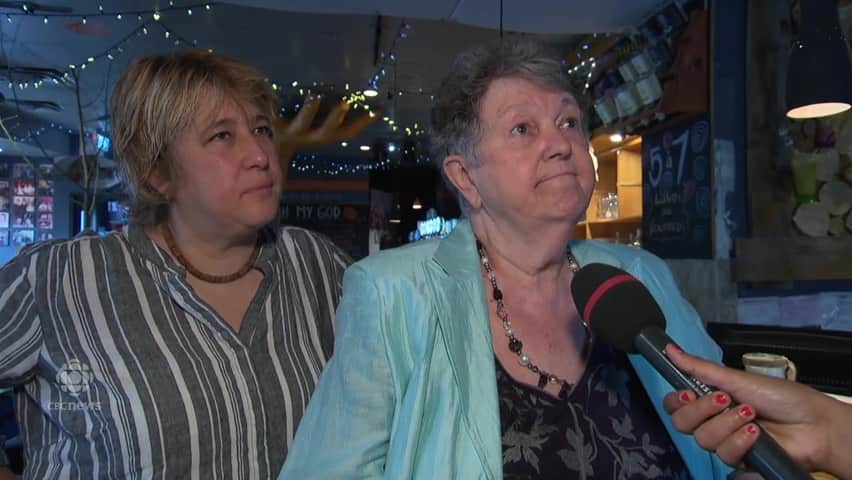 5 years ago
0:34
The family did not hesitate to join a growing boycott of American goods, said Margot Lajeunesse, the mother of Lala Bistro's brother and sister co-owners 0:34

California wine and Heinz condiments are no longer on the menu at Lala Bistro, a move the Gatineau restaurant's owners say they made in solidarity with Prime Minister Justin Trudeau following insults — and tariffs — from President Donald Trump.

"It was insulting to us, to Trudeau ... we had enough," co-owner Carole Lajeunesse said.

"We started with the wine and decided to continue with ketchup and mustard."

Trump had taken to Twitter over the weekend to call Trudeau "weak" and "dishonest" over comments the prime minister made during his closing news conference at the G7 summit, when Trudeau said Canada would "not be pushed around" on trade.

Trump also said in Singapore on Tuesday that comment was going to cost "a lot of money for the people of Canada."

The comments were too much for Lajeunesse.

"Oh my God… I don't think he's right in the head. He's terrifying," she said.

The restaurant offered two types of wine from the U.S. and Lajeunesse said she had no hesitation about making the decision to take them off the menu.

She said she also called her food distributors to confirm the fish and meat she buys are from Canadian sources.

The Lala Bistro still has 14 American bottles of wine in the basement, and are still determining what the business will do with them.

The restaurant's customers Radio-Canada spoke with say they support the boycott.

"It's not just Canada, I think [Trump] is provoking everyone a little," Benoît Roy said.

"We saw the latest events, it was G6 + 1, and we see that it's not normal, it's not going anywhere. I think people are aware and realize it," he said.

Lajeunesse said the decision was in support and solidarity with Canadian government and is encouraging others to start boycotting American products.

"Following the G7, insults, surcharges, a given moment we must stand up," Lajeunesse said.