Ottawa police say no charges will be laid against two men who were caught on video at the Kowloon Market confronting customers and refusing to wear masks. 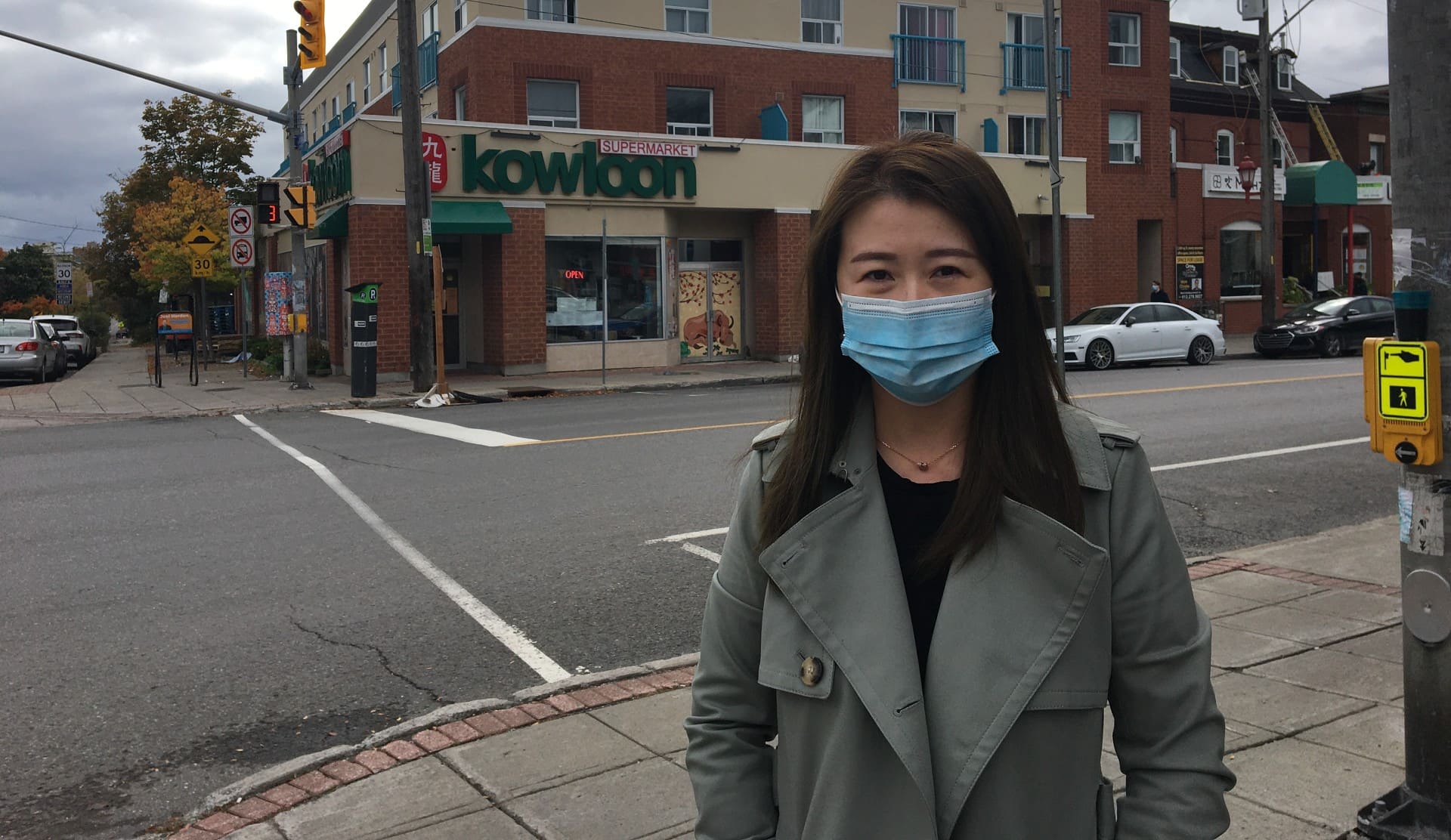 2 months agoVideo
0:54
Victoria Chang said she doesn’t like customers coming into her store without masks because COVID-19 cases are rising right now. 0:54

Police were called to the Kowloon Market in Ottawa's Chinatown neighbourhood Sunday afternoon after two customers refused to wear masks.

Co-owner Victoria Chang said two young men came into the store without masks, took some merchandise and tried to proceed to the cash register.

When they were asked to put on masks, they refused, acted rudely and claimed to have a medical exemption, Chang said.

Chang said store staff told the men they wouldn't serve them and asked them to leave.

"They stopped at the entrance and blocked the door and [did] not allow the other customers to go out," Chang said.

Since July, masks have been required in indoor public spaces such as grocery stores under Ottawa Public Health's COVID-19 prevention protocols.

Chang said that eventually customers called police on the two young men, who could be heard daring people to alert the authorities on a video of the incident captured by another customer.

That customer, Mischa Longman, said the men were shouting conspiracy theories about mask usage as other customers told them to get out of the store.

He said he'd seen videos of this behaviour before, but not like this.

"I've never seen it get this aggressive before. I've never seen these people actually try to engage with an entire store full of people about it," Longman said. "It was completely baffling."

'We want to protect our customers'

Chang said it was the first time Kowloon Market had encountered customers who were virulently anti-mask.

"Usually they're very cooperative. In case someone doesn't have the mask, we have them on sale," she said.

Mask-wearing is an important measure for the safety of front-line workers, Chang said, like those who work in grocery stores.

"We want to protect our customers and our workers. This is the main reason," she said. "The other is we don't want to shut down the business."

Ottawa police said they responded to the call around 5 p.m. Sunday.

Police said the individuals left after being educated about mask requirements and the investigation had closed with no charges laid.

Longman said he was surprised the men wouldn't face more serious consequences for their disruptive behaviour.

"After all of the commotion they caused ... it was truly astonishing to me that they were allowed to walk away at the end of it," Longman said.

Chang said the two men will not be allowed in Kowloon Market again.