Four killdeer eggs have been moved from a cobblestone path near the Canadian War Museum to an artificial nest nearby, allowing the Bluesfest main stage to be built.

Process of moving the nest metre by metre ended after 8 a.m. Wednesday

Four killdeer eggs have been moved from a cobblestone path near the Canadian War Museum to an artificial nest nearby, allowing the Bluesfest main stage to be built.

"We've been up here since 5 [a.m.], moving it one metre at a time, and allowing the parents to nestle down again on the eggs," said Monika Melichar of the Woodlands Wildlife Sanctuary early Wednesday.

The process began Tuesday and took a break to let the birds settle down somewhat overnight.

By 8:10 a.m. Wednesday, the small platform used to carry the eggs had been placed on top of the artificial nest about 25 metres away from the original nest. 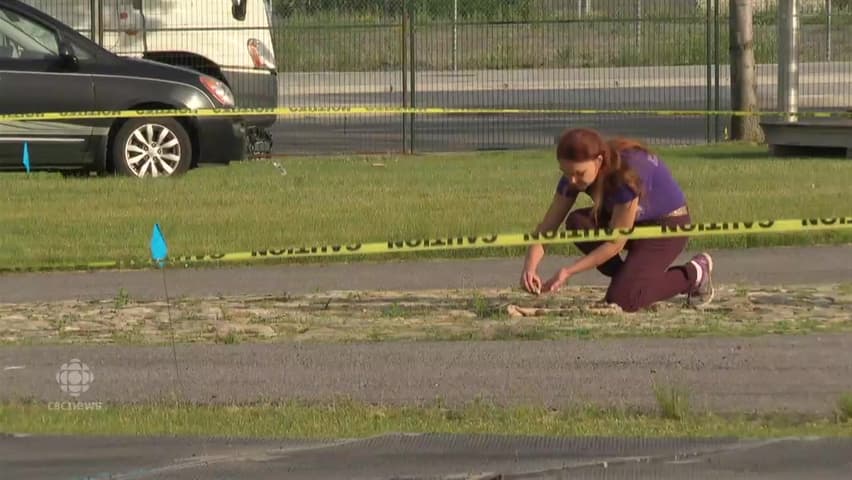 Killdeer 'Quite the troopers' after 25-metre move

3 years ago
0:46
After slowly, carefully moving the nest to a new location, licensed handler Monika Melichar says the only concern now is whether the loud music and vibrations of Bluesfest will disrupt the birds. 0:46

"We are totally at the final stage of it … Now we just need to remove the eggs from the platform and put them into the new nest. That is where they're going to stay," Melichar told CBC Radio's Ottawa Morning.

"There's been a few little incidents where we thought, oh no, they're not coming back fast enough, but so far so good. They've always come back, they've always sat down back onto the nest, onto the eggs, and incubated them. So it's been really great."

Melichar remains prepared with an incubator to collect the eggs if the birds reject them, and take them back to the sanctuary. If that happened, and the birds survived, they would be brought back to the Ottawa area for release.

Such a move hadn't been done before with this type of bird, Melichar said, and she enjoyed watching the parents. While one fans itself out, the other "pretends it has a broken wing and kind of runs away."

The birds had been popping off the nest and starting their displays when Melichar got within about five feet of the nest to move it. Following each move, the birds would return to the eggs after about two to three minutes, she said. 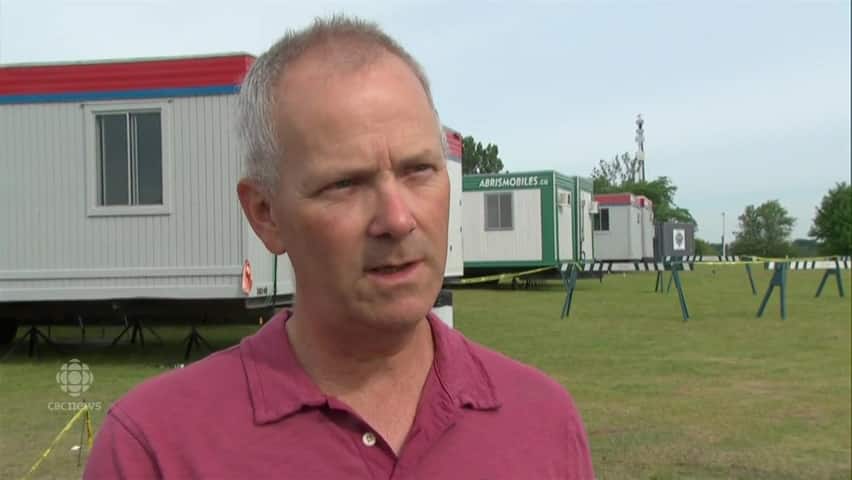 Bluesfest organizers hope people will come for the bands, not the birds

3 years ago
0:33
Bluesfest executive director Mark Monahan said the unplanned opening act has helped draw attention to the festival, but said he hopes people come for the music. 0:33

Environment and Climate Change Canada issued the permit to the festival on Tuesday under the federal Migratory Birds Convention Act, allowing the relocation of the nest to a "nearby suitable habitat."

Crews blocked off the area surrounding the nest with caution tape while the National Capital Commission, which owns the festival grounds, hired a security guard to watch over the nest around the clock.

"We are a little bit behind in terms of the setup, but not too far behind that we can't make up the time," said Bluesfest executive director Mark Monahan.

"We have six days until we open so we're going to go full steam ahead and hopefully be ready."

Monahan said there will still be some sort of perimeter around the nest and he hopes people come to see the bands instead of the bird.