After a series of anti-Muslim incidents in Ontario since the extremist attacks in Paris last week, Ontario Premier Kathleen Wynne says this is a moment to reach out to the Muslim community and other marginalized groups "to let them know that we're with them." 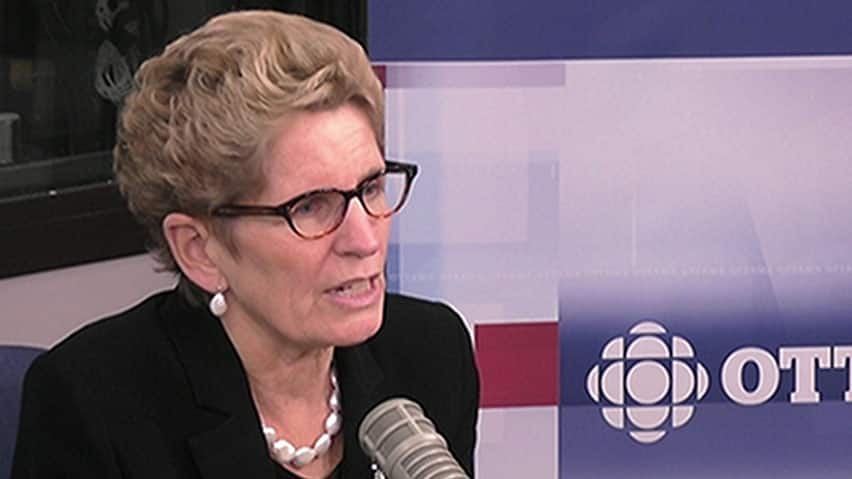 5 years ago
0:56
Ontario's premier describes her meeting with the family of a Muslim woman assaulted in Toronto. 0:56

Reacting to a series of anti-Muslim incidents in Ontario since the extremist attacks in Paris last week, Ontario Premier Kathleen Wynne says this is a moment to reach out to the Muslim community and other marginalized groups "to let them know that we're with them."

Wynne made the remarks on CBC Radio's Ontario Today Friday before heading to the Ottawa Muslim Association's mosque to speak alongside Ottawa Centre MPP Yasir Naqvi at 12:30 p.m.

She said she met Thursday night with a Toronto woman who reported that she was jumped from behind and beaten by two males on her way to pick up her children from Grenoble Public School.

According to police, the incident took place on Monday afternoon in the Flemingdon Park area, southeast of Don Mills Road and Eglinton Avenue East. Investigators are treating the attack as a hate crime.

"Seeing her face to face made it so crystal clear to me what we're dealing with, and it's a very important moment. ... It made it very personal," Wynne said in Ottawa on Friday.

"It was interesting because her children were in the room ... and the five-year-old paid very close attention. He sat right with us as we were talking," Wynne said.

"I was very conscious of saying to him, bad things happen but we can get through them, and mommy is going to be OK and it's going to be OK to go back to school, because of course he's anxious. And so I think it's our responsibility to calm people and to let them know that we're with them."

There have been several attacks targeting Muslims over the past seven days in Ontario.

A mosque in Peterborough, Ont., was badly damaged by a fire that appears to have been deliberately set.

In Kitchener, a Hindu temple's windows were broken by rock-throwing vandals — in that case, police haven't ruled out the possibility that the attack was a misguided retaliation for what happened in Paris.

An Ottawa woman who was born in Mexico and converted to Islam six years ago received a handwritten note in her mailbox telling her to "go back home" and claiming that "Canada is no place for terrorists or immigrants." 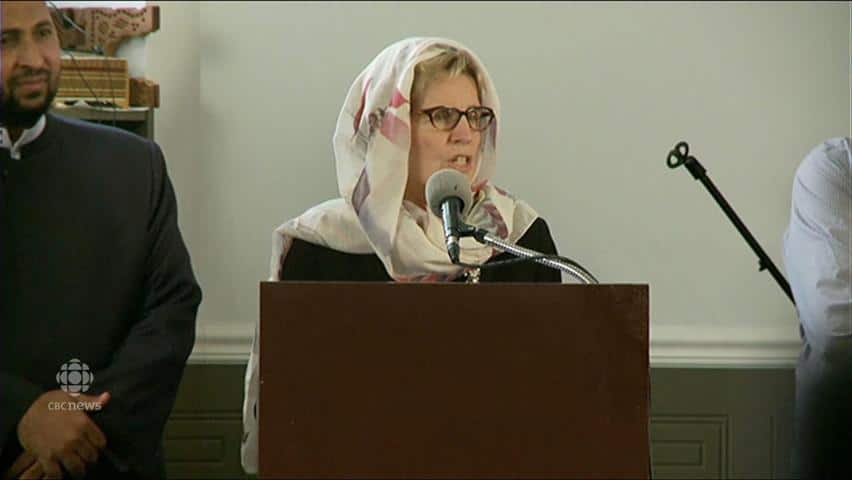 5 years ago
5:39
Ontario Premier Kathleen Wynne speaks at the Ottawa Mosque Friday afternoon after a series of attacks involving Muslims around the province. 5:39

"It's almost impossible for any of us not to feel anger at this kind of violence," Wynne said Friday afternoon at the mosque.

"But it's our responsibility as Canadians to make sure we guard against fear and that we resist blame that can lead to racism and hatred."

Charles Bordeleau, Ottawa's police chief, said his force has received a number of requests from local faith groups asking for an increased police presence following the attacks in Paris and Ontario.