End of the track for Karters' Korner

After 41 summers at the track, Paul Joinette is hanging up his helmet, as owner-builder of Karters' Korner go-karting and mini-putt. He says he's too old to keep running the place, and COVID-19 didn't help.

After 41 summers at the track, Paul Joinette is hanging up his helmet as owner — and original builder — of Karters' Korner go-karting and mini-putt.

Joinette first put the Stittsville landmark up for sale in 2017, but the 73-year-old said the pandemic has pushed him over the edge, and it's time to hit the brakes.

"It's bittersweet. I need to retire, I'm just too old. It's a sad moment because the people of the community are going to lose what I've since discovered to be a landmark," he said.

Last Sunday was officially Joinette's last day in business, but he'd already sold off his go-karts. 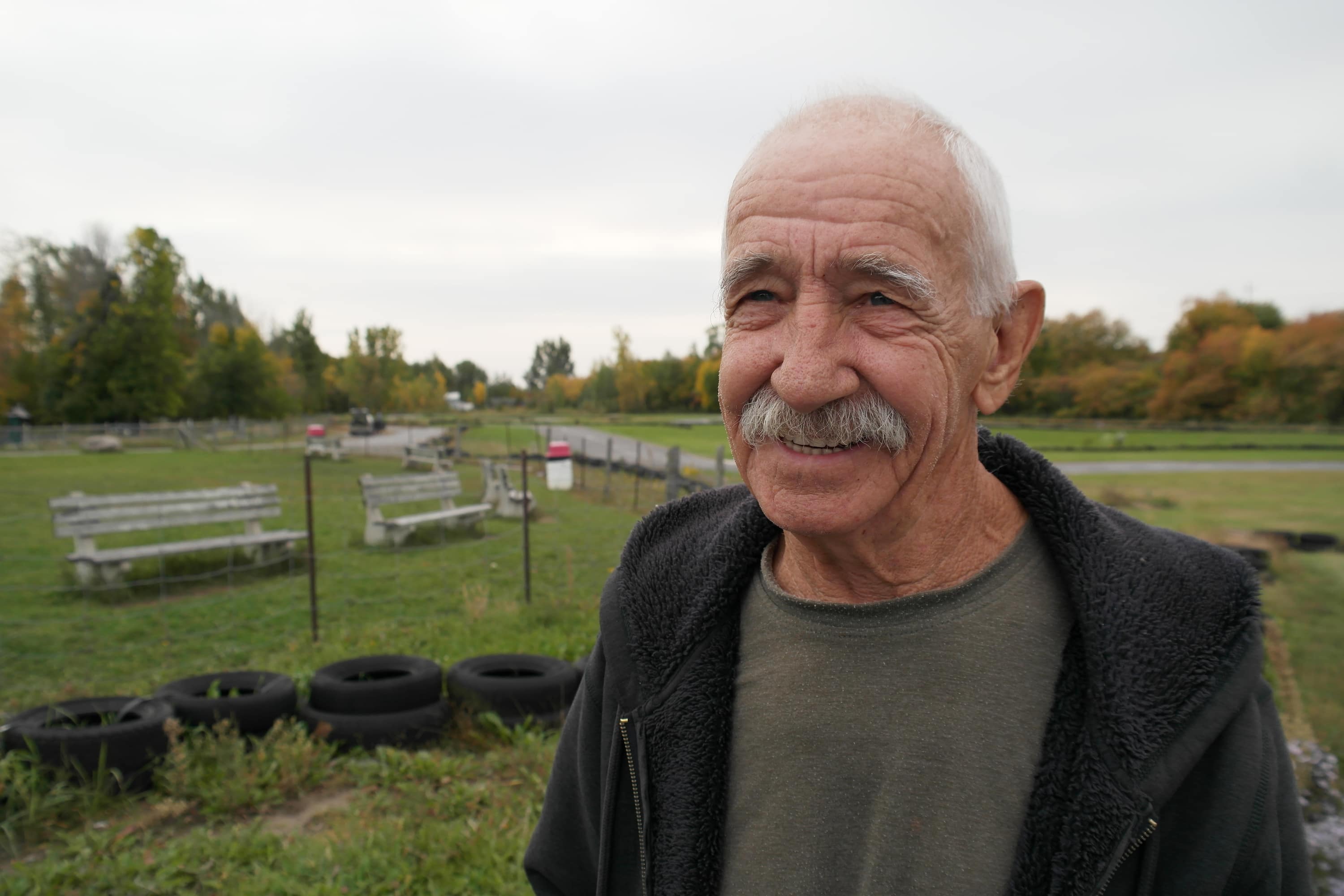 19 days ago
1:05
After operating for 40 years, Paul Joinette says it’s time for him to retire and close his popular go-cart business. 1:05

A regular at the track when she was a kid, Zoe Veitch spent the last two summers selling tickets.

"Karters' means a lot to me. It's like a little family here, and I don't just want to say that because it's a nice thing to say... It will be hard to walk away from that," she said, adding COVID-19 had a real impact on business over the summer.

Each go-kart had to be sanitized between uses, which created long lines and limited the number of people able to race.

"Forty-one years just to come to this? I think [Paul] was picturing fireworks on the last day, but here we are, standing six feet apart," lamented Keelor Goffin, who also returned for a second summer as a track employee.

Before opening Karters' Korner, Joinette worked for the federal government. But as an auto racing fan, he and a business partner daydreamed about the idea of buying some used Austin Minis, bulldozing some land and building a real racing oval.

A friend suggested the more practical notion of go-karting instead, and the idea took off.

Joinette spent a year designing and building the course before it opened its doors on Canada Day, 1980.

The 30-hectare site at the corner of Fallowfield and Huntley roads featured a go-kart track, a mini-putt green and paintball zone, as well as a pond intended for paddling. The original vision included a steam train, bandshell and campground, none of which came to be.

Over the years, Karters' Korner has hosted generations of kids and adults, including some notable local hockey heroes such as Daniel Alfredsson and Craig Anderson.

Joinette said one of the most memorable groups was the wedding party that stopped by unannounced during the 80s.

"We don't normally allow loose clothing, so we made the bride safe, they did their laps, and they were appreciative," said Joinette.

On the last day, a number of older customers returned with kids of their own. That included the Moses family, who showed up early to beat the lineups.

More than 30 years ago, back when smaller kids were allowed to sit between their parents' legs and steer, Ian Moses was a regular at the track.

"As an eight-year-old kid, driving a go-kart, it's hard to beat that. When you get to steer it yourself, I remember it being a lot of fun," he said.

On the track's last day, Moses's 11-year-old son Jack drove a go-kart by himself for the first time. "Pretty exciting," Jack confirmed.

Fun for the whole family

Joinette said he was particularly touched when former employees would stop by with their kids, and later grandkids — a testament to the lasting appeal of the place.

"[We] try and provide something that's affordable and universal for the whole family, which is rare," he said, adding that he was surprised by how many grey-haired guests he'd see whizzing by alongside the younger ones.

After spending more than half of his life at the track, Joinette wants to thank those who supported Karters' Korner over the decades.

"The people that live here are the people that kept this here," he said. "And all I can say is, thanks. I really, really, appreciate it."

With files from Ash Abraham and Christine Maki