The Assembly of Seven Nations says it's changing the location of its weekly Friday gathering after receiving a death threat over its opposition to the Coastal GasLink pipeline. 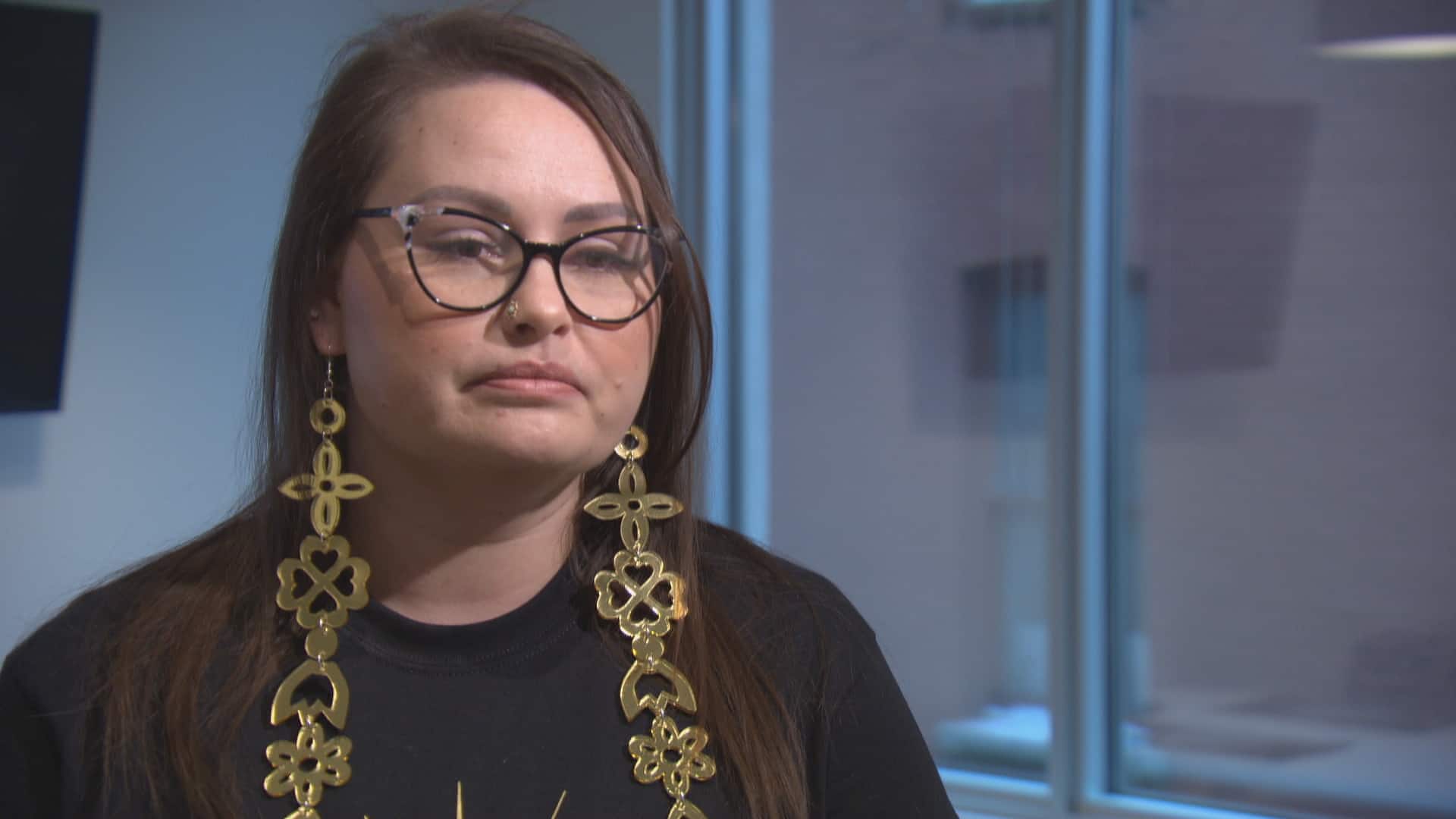 11 months agoVideo
1:30
Gabrielle Fayant, co-CEO of the Assembly of Seven Generations, said a threatening phone message was left for them on Wednesday, leading them to change the location of their weekly drop-in sessions. 1:30

An Indigenous youth organization in Ottawa says it's changing the location of its weekly Friday gathering after receiving a death threat over its opposition to the Coastal GasLink pipeline.

Members of the Assembly of Seven Generations (A7G) said a threatening phone message was left for them Wednesday at the centre where they normally meet.

"Someone threatened to use guns and to injure Indigenous peoples that were in support [of the] Wet'suwet'en," said A7G co-CEO Gabrielle Fayant.

"I was angry, because the person that received that message is one of our knowledge keepers. It's an elder, and I know that they were very rattled," she said.

Tomorrow, <a href="https://twitter.com/A7G_Official?ref_src=twsrc%5Etfw">@A7G_Official</a>, will be forced to change locations of our weekly drop-in due to death threats and “ordinary people” saying they will use guns on Indigenous peoples. <br><br>Laws must change to protect vulnerable people instead of protecting the most privileged.

For the past few weeks, demonstrations have been taking place across the country to protest of a natural gas pipeline project in northern British Columbia and the presence of the RCMP on the Wet'suwet'en First Nation's traditional territory.

Fayant said while many Indigenous youth in her organization have come out in support of the Wet'suwet'en hereditary chiefs and other pipeline opponents, none of them have ever threatened violence against anyone.

After receiving the voicemail, Fayant said A7G decided to relocate the drop-in session for the safety of both their members and the Indigenous centre that had been offering them space.

"We're very peaceful in what we're doing," she said. "And that's how we've always been."

Co-CEO Dani Lanouette said the incident has been frightening.

"My heart dropped into my stomach," she said.

"A lot of what we do is on the land and making sure that we have as much as possible to pass down to the next generation. So I wouldn't say we're anti-pipeline. I'd say that we're pro-earth. We're just ensuring that seven generations from now that there is enough here for whoever is around."

"It just unleashes these types of people who are out there who have got this simmering racist discrimination against people," she said.

"I was particularly disturbed because this was a very peaceful, very respectful, very thoughtful group of young people who are trying to promote human rights and environmental rights."

Ottawa police said they were made aware of the alleged threat Thursday, and while they're investigating it, their hate crime unit is not involved.

"The threats are against a climate activist group, not an Indigenous group ... so it doesn't fit within the hate crime mandate," said Const. Amy Gagnon.

Gagnon said the force's general criminal investigations unit will be instead be looking into the incident.

"As with any investigation we reach out to the complainant. We try to understand exactly what's going on and to establish if there is a danger ... [and] if there is grounds to lay criminal charges," said Gagnon.