Ottawa police and the city are trying to step up their efforts to deal with an increasing number of brazen residential shootings directly linked to Ottawa's criminal drug trade. 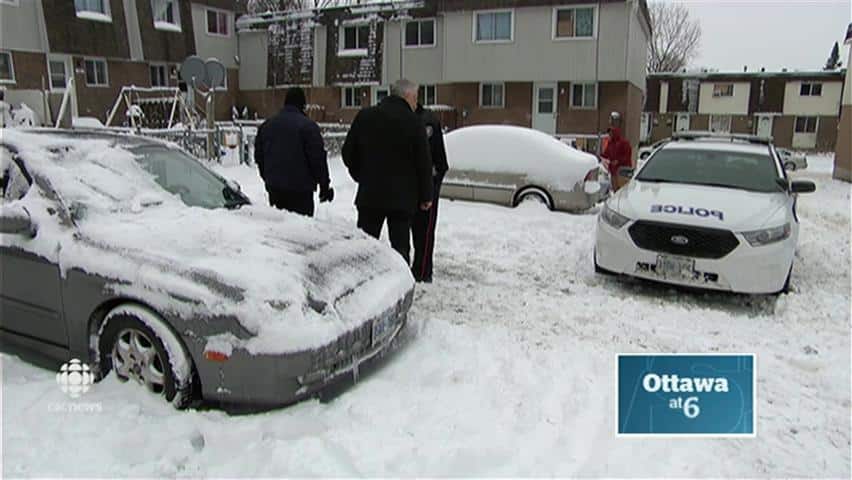 6 years agoVideo
2:55
Police and the city are trying to deal with an increasing number of drug-related shootings. 2:55

Police and the city are trying to step up their efforts to deal with an increasing number of brazen residential shootings directly linked to Ottawa's criminal drug trade.

A shooting on Penny Drive on Wednesday evening was the city's 45th of the year, which is a record high.

Charges have been laid in 15 to 17 of the shooting cases, police said at a news conference Thursday.

"What's really impacting [the number of shootings this year] … is the drug trade and the fighting for distribution networks, and so that's why we're seeing these shootings. There's a direct link to the drug trade," said police Chief Charles Bordeleau.

To deal with the increase, police have boosted resources in the guns and gangs and drug units, which are also working side by side. The direct action response team, or DART unit, is keeping an eye on people who have been previously charged to make sure they're abiding by release conditions.

Neighbourhood patrols have also been increased where necessary, though Bordeleau admitted on Thursday that increased police presence isn't always a solution.

Wednesday's shooting, for example, happened just moments after a police cruiser turned off the street and onto another.

"Visibility helps to a certain extent. Does it prevent it? No. Studies have shown that just random patrols or visibility doesn't solve everything," Bordeleau said.

"It's a component, and it'll certainly go a long way to showing the community that we are there, visible.… Our presence is important."

'Any type of monitoring can be possible,' OCH CEO says

Stéphane Giguère, CEO of Ottawa Community Housing, said on Thursday that it's looking at "more visits and more presence" from its own neighbourhood patrols in the area.

About 28 OCH patrol cars monitor all of the organization's 144 properties across Ottawa on a rotating schedule, he said.

"We have a protocol, when we have incidents, where we are increasing the presence.… And if they [residents] feel or have the perception that we're not present enough, we always encourage them to make the call to our call centre to make sure that, again, we can deploy someone," Giguere said.

For years, some residents have been asking for security cameras in the Michele Heights and Ritchie Street areas to deter crime. Giguere said the organization continues to think about it.

"Any type of monitoring can be possible, and that's a solution that we are reviewing and we are looking at, and we will get back to our tenants with the best solution that will be adapted to their needs, in concert with Ottawa Police Services and the recommendations from the agencies as well," he said.

Bay Ward Coun. Mark Taylor said he's meeting next Tuesday with police, Ottawa Community Housing and community leaders to look at how to get to the root of the violence, including a possible framework for allowing people to share information about "persistent problem addresses."

"With the resources that are on the streets now, and the community partners that we will be pulling together in the coming days, we're confident that we can really address both … the patrol and the investigative part … and some of the root causes of some of these issues," he said.