Since late July, provincial police have raided and seized about $70 million in cannabis plants, cash and guns from 18 isolated grow-ops across eastern Ontario. It's possible low property values may be enticing organized crime to set up shop in the region.

Cheap land may be driving a proliferation of grow-ops in rural eastern Ontario, one that's seen Ontario Provincial Police charge dozens of people and seize tens of millions of dollars of illegal cannabis in just over two months.

In that time, the region's seen 18 drug busts that have led to 126 people arrested on charges that they illegally grew cannabis.

Nearly 59,000 plants were seized in the busts — an approximate street value of at least $70 million — along with hundreds of kilograms of processed cannabis, guns, cash and production equipment.

Police estimate each plant is worth between $1,200 and $1,400. The raids took place between July 29 and Oct. 2, at mostly rural addresses within a few hundred kilometres of Ottawa.

At one mid-September bust of a large outdoor operation in McArthurs Mills, Ont., midway between Bancroft, Ont., and Renfrew, Ont., OPP charged 26 people with growing more than 4,000 cannabis plants and possession for the purpose of selling.

Most said they were from the Greater Toronto Area. Officers also seized 16 rifles, some of them semi-automatic.

Another raid took place at a stately farm on Townline Road in Rideau Lakes Township.

On Sept. 25, OPP seized 6,500 plants being grown both indoors and outdoors, a high-end sport utility vehicle, generators and a variety of growing equipment.

An aerial photograph taken by police showed a sprawling outdoor cannabis plantation at the rear of the property.

CBC visited some of the farms and spoke to neighbours who said they were aware of something strange happening.

"It was bizarre, because very frequently we could hear all-terrain vehicles over there," said Krista Duff, who lives close to the Townline Road grow-op.

Duff said in the spring, the family that had lived there as long as she could remember put the property on the market, along with about 35 hectares of land, for $650,000.

The farm sold quickly, Duff said, and it wasn't long before she sensed big things happening next door. She said her family could hear a constant drone, which they guessed to be generators, along with steady ATV traffic to the property's rear. 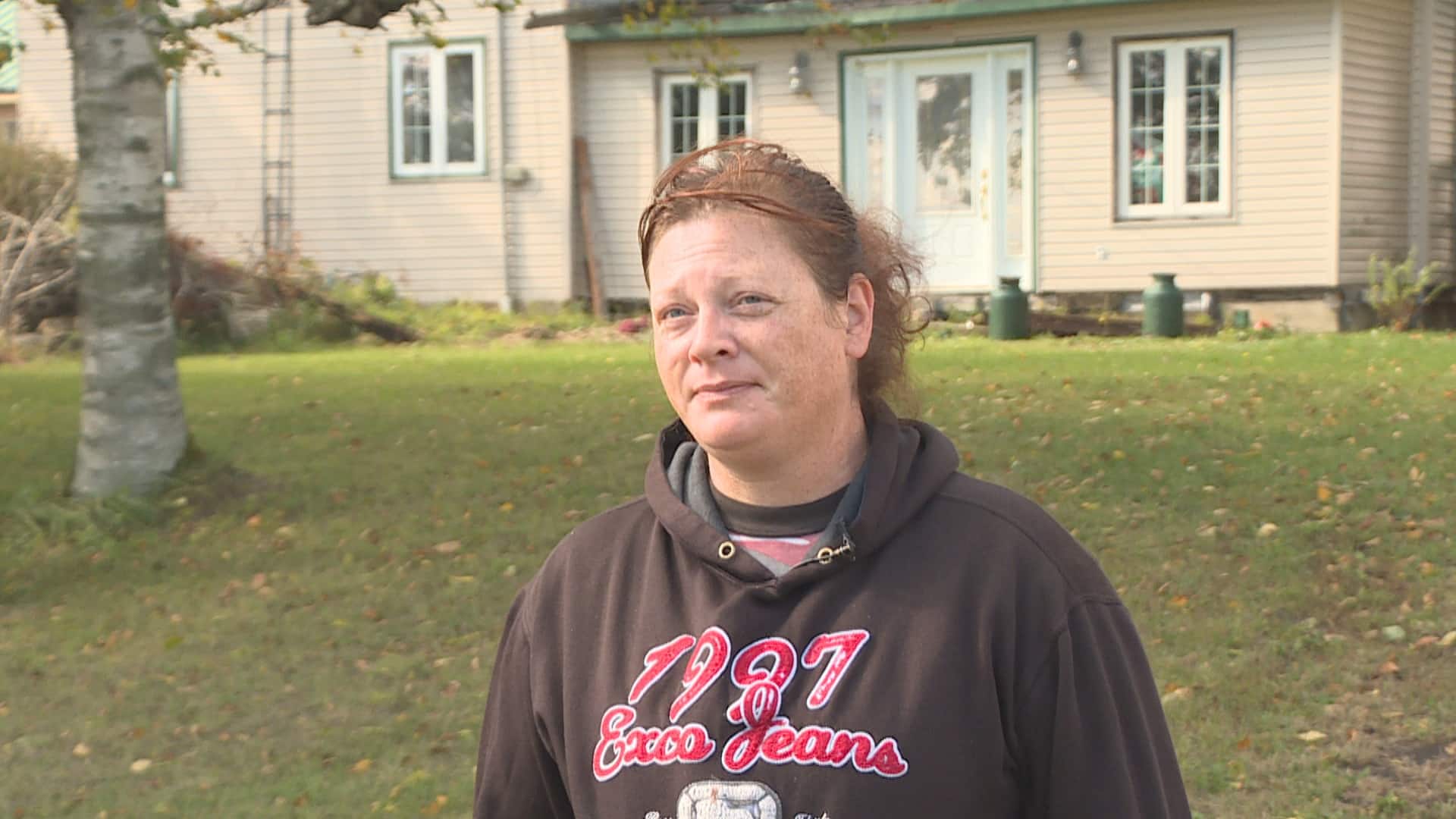 14 days ago
0:42
Krista Duff didn’t know she was living next to a grow-op until the police recently shut it down. 0:42

Weed on the wind

CBC News also visited a farm near Lombardy, Ont., nearly two weeks after OPP raided a vast grow-op there, making arrests, seizing plants and equipment and calling in Hydro One to cut power.

On the afternoon of CBC's visit, a gasoline generator still blared from the farmhouse garage and clothes hung to dry from a makeshift rope secured to a railing.

Neighbour Melissa Dodge said she'd smelled cannabis drifting across the yard and over to her property, which raised her suspicions.

Dodge works at Tweed, the legal cannabis production facility in Smiths Falls, Ont., and said there was no mistaking the aroma.

"I have to say, it started to smell pretty pungent by late summer," Dodge said.

About 10 kilometres away on Whitmore Road, Jacob Kerr soon noticed that the new owners of a farm property abutting his had started building an "absurdly huge" greenhouse.

A title search revealed the 27-hectare farm was purchased March 2 by a numbered company based in Markham, Ont, that had been created just two months earlier.

But by Sept. 25, OPP had swept in, arresting seven people and seizing more than 2,000 plants, a pickup truck, a backhoe and growing equipment.

Kerr said he watched as township's dump trucks hauled away hundreds of kilograms of cannabis plants.

"It was kind of comical. You were starting to notice branches of the exposed product flying out, " he said.

Police declined CBC's request for an interview, but one expert who's studied east Asian gangs in British Columbia's Lower Mainland says the scale and sophistication of the operations suggests it was the work of organized crime.

Almost all of the people charged in the busts have east Asian names.

"There is a lot of mobile capital flowing from the People's Republic of China."

Gordon said the closure of international borders due to COVID-19 and the opening of legal cannabis markets in Canada has created new profitability concerns for illegal growers.

"There's been a great disturbance in the force that cannot be underestimated," he said.