'I just want to carry my son in my heart,' Connor Stevenson's father says

An Ottawa teen who was fatally stabbed last week in the high-rise apartment building where he lived was remembered at his funeral as a "shining light" devoted to his family and friends. 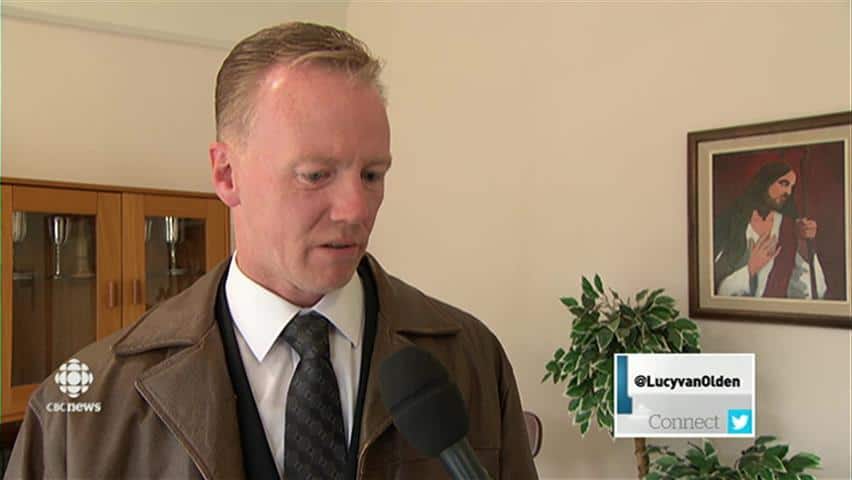 An Ottawa teen who was fatally stabbed last week in the high-rise apartment building where he lived was remembered at his funeral as a "shining light" devoted to family and friends.

Connor Stevenson, 18, died after he was stabbed in the stairwell of an apartment building on Jasmine Crescent on April 14.

Hundreds gathered Thursday inside the Rothwell United Church to say good-bye to the teen, including his father Scott.

"The love he showed everyone is a reason to celebrate," said Scott Stevenson. "He was my pride and joy."

The Ottawa police major crimes unit is investigating, and were searching a ravine behind the building Thursday for any evidence connected to the homicide.

Police have released photos of a man and woman seen on surveillance video who they say may have important information.

Stevenson told CBC News he has faith police will find whoever killed his son.

"I won't give a second thought to the people who did this. I just want to carry my son in my heart," he said.