Neighbours on an Ottawa street pulled together Friday night to raise thousands of dollars for people who lost their homes to a major fire last month. 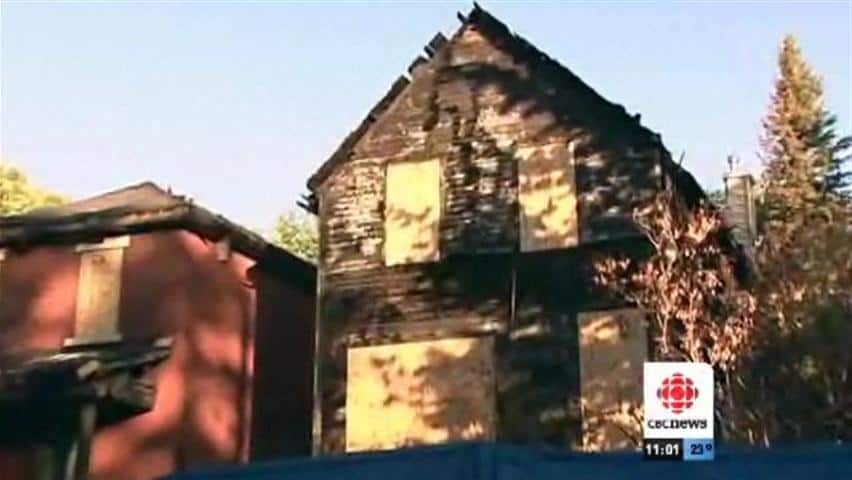 Neighbours on an Ottawa street pulled together Friday night to raise thousands of dollars for people who lost their homes to a major fire last month.

"We're all pulling together ‘cause we all thought, ‘Gosh, that could be us,’" said Joe Silverman, who lives on the street not far from where the houses burned on the night of July 14.

A tree in front of the homes caught fire and it spread to the buildings. Some residents have suggested the fire in the tree may been started by someone throwing a cigarette from a car into the dry grass.

Beth Gorham and her daughter, 11, lost everything.

"We're just happy that we're out and we're healthy," Gorham said Friday night. "We're together and that's all that matters."

Three students lived in the building next door to Gorham. The fire also destroyed that place, leaving them temporarily homeless.

The Carleton University Student’s Association has posted signs asking for help, and the association has also raised a few hundred dollars to help the students.

"Every sadness brings its happiness, and this is absolutely extraordinary. Staff and community came together to help with those who've suffered a loss," she said.

The community wanted to add to the assistance provided, with the street party.

"We all went through it ... and wondered, ‘What if it was us?’" Silverman said. "What should we do, and how do we support this? We pulled together."

"I'm just so grateful to these people who are basically treating me like family, and [it’s] hard to walk around and be mopey when there are people around like that," Gorham said.

Gorham is rebuilding her home and the students have already signed a lease on a new place.

The Hopewell Avenue community hopes to raise more than $12,000 to help their neighbours with everything else.