Tips on how to buy a newly built home

The head of a national organization calling for better home construction in Canada said problems such as those homeowners in one Ottawa community are dealing with are sadly common. 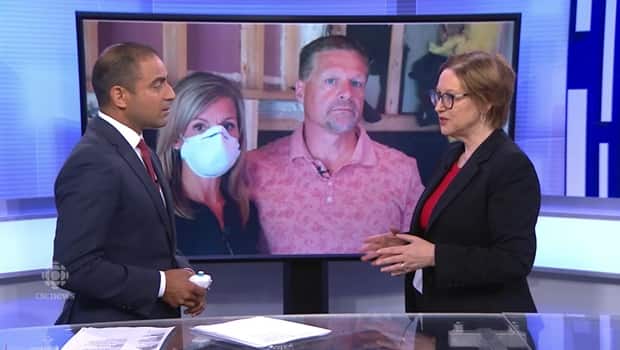 3 years ago
3:55
Canadians for Properly Built Homes says it's on the buyer to make sure everything was built correctly. 3:55

The head of a national organization calling for better home construction in Canada said problems such as those homeowners in one Ottawa community are dealing with are sadly common.

The City of Ottawa said building code violations were discovered in at least nine homes in the Cardinal Creek neighbourhood after the owners moved in, meaning the new homes didn't meet the minimum standard for health and safety.

Karen Somerville co-founded the group Canadians for Properly Built Homes 14 years ago after dealing with a new home herself that had multiple building code violations when she took possession.

"There weren't a lot of options for us back then," she said on CBC Ottawa's News At Six. "We wanted to do something to help other homeowners because we found there was nothing."

Somerville said Cardinal Creek shows both the City of Ottawa's building inspection process and the province's new home warranty program have major flaws and people need to take matters into their own hands.

"You can't rely on those safety nets and you really need to do your own research and invest your own time," she said.

She had a few specific suggestions for anyone buying a newly built home:

Don't rush into it

Somerville said it can be easy to get excited by show homes or the desire to move into a new neighbourhood, but buyers need to take their time.

She also advises people to seek out a lawyer with experience in purchasing new homes and their own building inspector who can find building code violations specifically.

Get it in writing

When negotiating with the builder, Somerville said people should ensure there is a clause in the contract that allows your home inspector to check in on the construction at several points during the build.

It means that problems won't be covered up behind drywall and paint.

Get it fixed upfront

Somerville also recommends that if there are building code violations that buyers get them fixed before they cross the threshold of their new home.

She said that might mean delaying a move in date, but it is worth it.