One Ottawa-area hockey organization says getting officials to wear helmet cameras could be a way to cut down on the abuse they regularly experience. 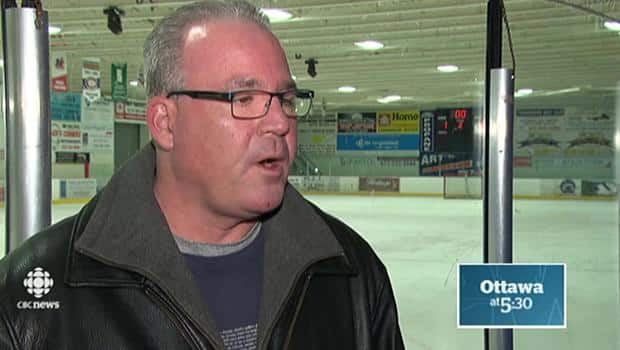 6 years ago
2:27
A local hockey organization says abuse of referees has led it to consider helmet cameras. 2:27

One Ottawa-area hockey organization says getting officials to wear helmet cameras could be a way to cut down on the abuse they regularly experience.

The way hockey officials are treated has come into focus after a 19-year-old official and a trainer for a Stittsville minor hockey team got into a physical altercation in the arena lobby after a game earlier this week.

Paul Ross, the vice-chairman of the Rideau-Carleton Minor Hockey District, said they’d been talking about getting referees a helmet camera before and this incident has them thinking about it again as a way to make other people in the arena think twice before they act.

“It's a relatively inexpensive cost to outfit one arena with a GoPro (camera). Every referee has their own room, no one else goes in it. We could store a GoPro there,” he said.

“It could be used game to game to record everything that's going on and who better but the referee to wear it?”

Ross said they would need to work with Hockey Canada to go ahead with the idea. While physical abuse against officials is rare, he  said verbal abuse is more common.

1/3 of area referees have quit

The head referee for the area, which includes Carleton Place, Almonte, Perth and parts of southwest Ottawa, said a third of his referees have quit this season and something has to be done.

“They come to the rink for thirty bucks for the night, they're being sworn at and told they're useless and not worthy," said Mitch Osborne.

"When you're a 15 or 16-year-old official and you're being verbally threatened by grown adults it can be intimating for anyone,” said Charles Campbell, who said he stopped refereeing minor hockey because of the verbal abuse.

“It takes the enjoyment out of the game."

The trainer involved in the altercation in Stittsville was suspended for seven days.

Osborne said both he and the referee involved have been asked to appear before Hockey Eastern Ontario next week.