Teen who brawled with officer was defending himself, family says

The family of an Ottawa high school student charged with assaulting a police officer says the 15-year-old boy was simply defending himself.

The family of a high school student charged with assaulting an Ottawa police officer says the 15-year-old boy was defending himself.

Police officers were dispatched to Tillbury Park on Sherbourne Road to break up a fight Monday afternoon between female students from Notre Dame High School and nearby Nepean High School.

Ottawa police said the fight involved more than 40 youths. Videos shared on social media show several girls punching and kicking each other at the park before police intervene.

The teen's family is angry that an officer zeroed in on the Grade 10 student, since he was not involved in the initial brawl that prompted the 911 call — and was in fact watching from afar, near a bike.

'My son is not a criminal'

"He reacted out of fear," said the teen's aunt. "He had nothing to do with the fight. He's a minor. He's 15 years old. That officer had no right to question him and put his hands on him."

Video footage shows the teen and the constable in the middle of a conversation when the constable touches the teen's right arm and hits him on the chest.

"Imagine in my place how you'd feel?" asked the boy's father. "My son is not a criminal that he needs to face this type of force. Does this officer have kids? Does he know how old my son is? He is not supposed to put his hands on my son."

CBC News cannot name the teen because he is a minor facing charges, and therefore cannot identify his family members, either. 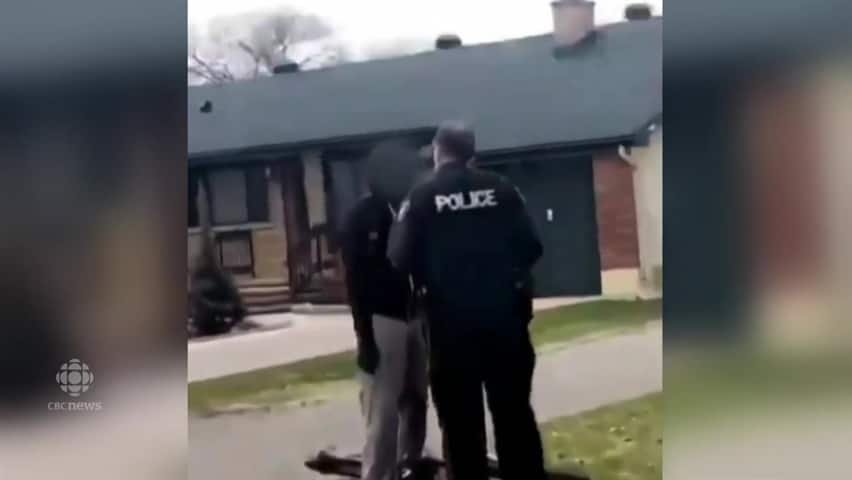 Teen charged after altercation with officer

1 year ago
0:51
The incident involving a 15-year-old boy and an Ottawa police officer was captured on video posted to social media. 0:51

The teen also faces charges of causing a disturbance and theft.

In a letter to its members, the Ottawa Police Association initially said the patrol constable was "swarmed" and that his radio emergency button failed to work, putting his safety at risk.

However, Ottawa Police Chief Charles Bordeleau later wrote to the force that tests showed the officer's radio was functioning properly — but was turned off for several minutes at the time of the teen's arrest.

"We have spoken to the officer and he does not recall turning the radio off and on," Bordeleau wrote. "The reality of a dynamic scene and arrest, as seen on the video of the incident, may have contributed to the radio not being on."

The teen's family has lived in Canada for more than 13 years after fleeing South Sudan. His father said his son doesn't have a criminal record, and that he's respectful.

The family doesn't deny that the teen was rude to the officer, but says he was upset at being accused of a crime he didn't commit.

The family now wants Ottawa police to investigate the constable's actions. They're also concerned with how school officials have dealt with the matter, as the teen has been suspended for 20 days and may be expelled.

The teen's family has reached out to the Justice for Abdirahman Coalition — a group that was created after a fatal encounter between police and Abdirahman Abdi in 2016. Const. Daniel Montsion is currently on trial for manslaughter in Abdi's death.

The coalition is advocating for the teen's suspension to be shortened and has been collecting video from students who witnessed the incident. They plan to share the videos with the teen's lawyer.

"Every action that the officer took was completely appropriate and part of our training," said Skof.

"This narrative around de-escalation has some sort of intimation that whispering sweet nothings is part of de-escalation [and that] is an absolute fallacy. Everything that officer did there was de-escalation."

CBC News has learned that the constable involved in the takedown has more than 15 years of experience on the force. CBC is not naming the officer because he is not under investigation.