Tenants in Ottawa's Heron Gate community have just one more month to find new homes before they're evicted to make way for a redevelopment. Most have, but for many it's meant making difficult choices for their families.

Most families have found a new place to call home, but many will pay higher rent for smaller units

Tenants in Ottawa's Heron Gate community have just one more month to find new homes before they're evicted to make way for a redevelopment.

In May, their landlord, Timbercreek, announced plans to demolish 105 low-rent townhomes between Heron Road and Baycrest Drive, claiming the units are beyond repair.

The company says the majority of the approximately 600 tenants have found new homes, despite warnings from advocacy groups that the tight rental market would make that difficult.

Still, many tenants tell CBC they've had to make difficult compromises in their hunt for affordable housing to ensure their families have a roof over their heads after Sept. 30.

Abdullahi Ali and his family have been outspoken critics of the landlord's decision to demolish their neighbourhood.

The family of nine initially vowed to defy the eviction, hoping to save their community. But after an unsatisfying meeting with Mayor Jim Watson and watching many of his neighbours move out, Ali decided to leave as well.

Or at least, he's tried. Ali signed a lease for a new rental home but his family can't move in until November. That leaves them without a place to stay for October.

He asked Timbercreek for a one-month reprieve, but the company told him he must be out by the end of September.

Ali said it's difficult to find temporary accommodation for a family of nine, and said the family simply can't afford to move twice. 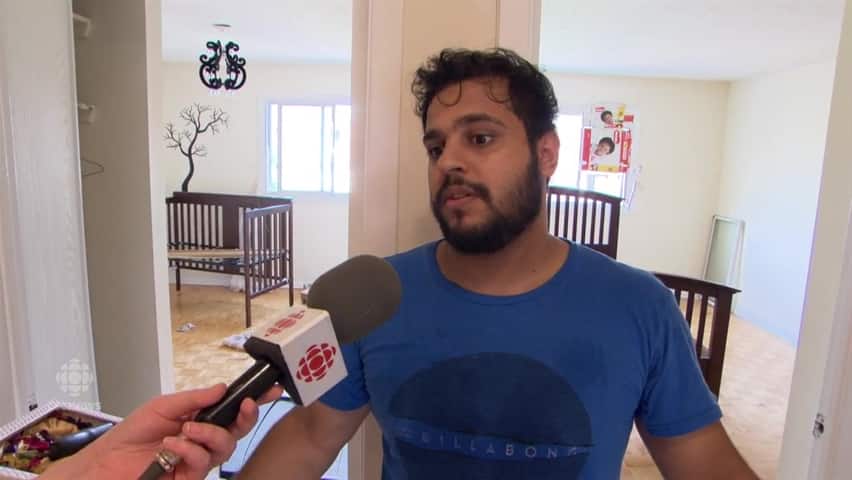 Heron Gate tenants have one month until eviction

2 years agoVideo
1:15
Heron Gate residents Falah Rashed and Iyobosa Igdinedion are among those who have been evicted from the southeast Ottawa neighbourhood. 1:15

Falah Rashed isn't a full-time resident of Heron Gate, but often brought his wife and toddler to stay there at the home shared by his elderly mother and three siblings.

He was skeptical the family would be able to find a new home before the deadline.

They have, but the new place is much smaller than the Heron Gate townhome.

It's also considerably more expensive: While the family's monthly rent in Heron Gate was roughly $1,400, the new place will cost $2,000 including utilities.

"My mother, she can't afford that," Rashed said.

He expects the family will need to move again to somewhere more affordable, but at least they've bought themselves some time.

In the meantime, the family had to abandon some furniture that's too big for their new home. Rashed said many people in the neighbourhood have the same problem and have been forced to leave beds, couches and kitchen tables behind.

Amina Hassan managed to find a place closer to home. She felt relieved to sign a lease to move her five children into a nearby apartment tower, also owned by Timbercreek.

But her 15-year-old daughter, Warda Ahmed, was shocked when she toured the unit and discovered it has only two bedrooms.

She said her mother, who doesn't speak English, signed the lease believing there would be three bedrooms in the family's new apartment.

"It's a nightmare," Ahmed said.

The family now plans to sleep three to a bedroom, and has started getting rid of clothes because of the lack of closet space.

Still, they're grateful to be staying in the neighbourhood. Heron Gate is the only home they've known since arriving in Canada eight years ago.

Ahmed said the tight quarters in her new apartment will make it difficult to study, but she's happy she won't have to switch schools.

Iyobosa Igbinedion wasn't so lucky. Her new home will cost hundreds of dollars more per month, and her daughters will have to change schools.

The stress of moving on short notice has taken a toll on the family. To add to her worry, Igbinedion discovered while she was packing up that her Heron Gate home was infested with bedbugs.

She took an unpaid week off work to deal with the move, which had to be delayed so she could get her beds sprayed. She decided to abandon the rest of the furniture.

In the meantime her family has been sleeping on the floor. When moving day finally arrived, the moving truck didn't show up until midnight.

"All those things, they lead to stress," Igbinedion said. "It's not so easy."

She's grateful to have a safe home for her family, but said it will be difficult for her daughters to spend the weekend unpacking before starting at a new school, in a neighbourhood they don't know.