The extreme heat at a Perth, Ont., nursing home has pushed an Ottawa woman to move her elderly parents to her own house until things cool down.

Harold and Helen Davies, both 94, had moved into Lanark Lodge just last winter, and their daughter Ruth Sirman said she was recently "stunned" to discover there was no air conditioning in their rooms.

Last Thursday, Sirman and her sister — whose mother-in-law also lives at Lanark Lodge — got thermometers to monitor the minimum and maximum temperatures. Three days later, when the temperature hit 31.5 C, Sirman drove to Perth to bring her parents — along with their medications, walkers, and two duffel bags filled with belongings — back to her home in Ottawa.

"They needed to get out of there because dad was getting sick," Sirman said. "The day I brought them home he was vomiting from heat stress."

Sirman hoped to install portable air conditioners in the rooms, but said she was told the electrical system in the building couldn't handle the load.

Meantime, staff are doing everything they can to help the residents cope with the heat, she said. That has included providing fluids and bringing the residents to an air-conditioned dining room and common area to cool off.

She and her parents all worry about how the nurses are coping, and about residents who have no choice but to stay.

"Quite frankly, I'm embarrassed to say that I had no idea that seniors were living in conditions like this over the last however many years," said Sirman. 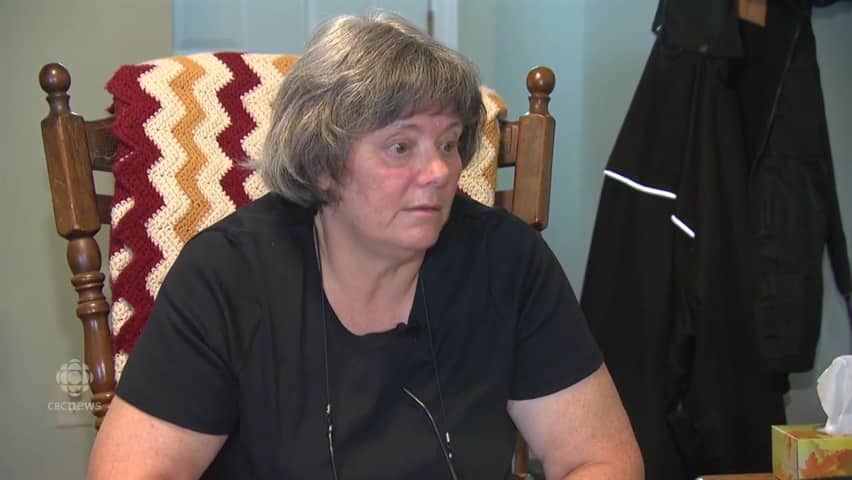 'We don't know what else to do'

5 years ago
0:51
Ruth Sirman says she won't leave her 94-year-old parents at the Lanark Lodge nursing home in Perth while the temperatures are untenable. 0:51

Lanark Lodge opened in 1967 and is operated by the municipality of Lanark County. The county's CAO said typically, the lodge is preoccupied with cold and ensuring the temperature doesn't drop below the legislated minimum of 22 C.

"I've been the CAO for six years. I've never had a complaint about (heat) before," said Kurt Greaves, adding the lodge has been keeping curtains drawn and using fans to provide relief for residents. "This is unprecedented heat and I'm sure lots of people are suffering."

All long-term care facilities in Ontario are required by provincial law to have some air-conditioned common rooms, and in homes built since 1998, all common areas and hallways must be air conditioned. But there's no requirement for bedrooms to be air conditioned, even in new buildings, according to Jane Meadus, a lawyer at Toronto's Advocacy Centre for the Elderly.

"I think it's atrocious," said Meadus. "I've been in new homes and been in rooms that I could not stay in. So I don't know how the residents do it."

Ontario's Ministry of Health and Long Term Care said it could not provide comment on Wednesday.

As for Sirman, until the temperature in her parents's home drops below 25 C, she plans to keep them with her.

With climate change producing hotter summers, she also hopes the new provincial government will upgrade homes so other families are spared the need to uproot their aged parents during heat waves.

"We owe our seniors," Sirman said. "We owe them a comfortable, decent place to live."

Susan Burgess is an associate producer on CBC Radio's All In A Day. You can reach her at Susan.Burgess@cbc.ca or on Twitter @susanmburgess.