People who use supervised injection sites in Ottawa will now have access to primary care and psychiatric help from health professionals operating out of a mobile van.

People who use supervised injection sites in Ottawa will now have access to primary care and psychiatric help from health professionals operating out of a mobile van.

Telecommunications giant Telus has committed $1 million over five years to pay for the van and equipment, and to help staff it. The partnership includes Ottawa Inner City Health, Ottawa Public Health, The Royal and both the Sandy Hill and Somerset West Community Health Centres.

The van will spend several hours parked at each of the city's four supervised injection sites, and staff will have access to mobile medical records.

A nurse practitioner, a psychiatric nurse and a psychiatrist will take turns in the van, which will operate Monday to Friday during the day, although the plan is to expand to weekends. 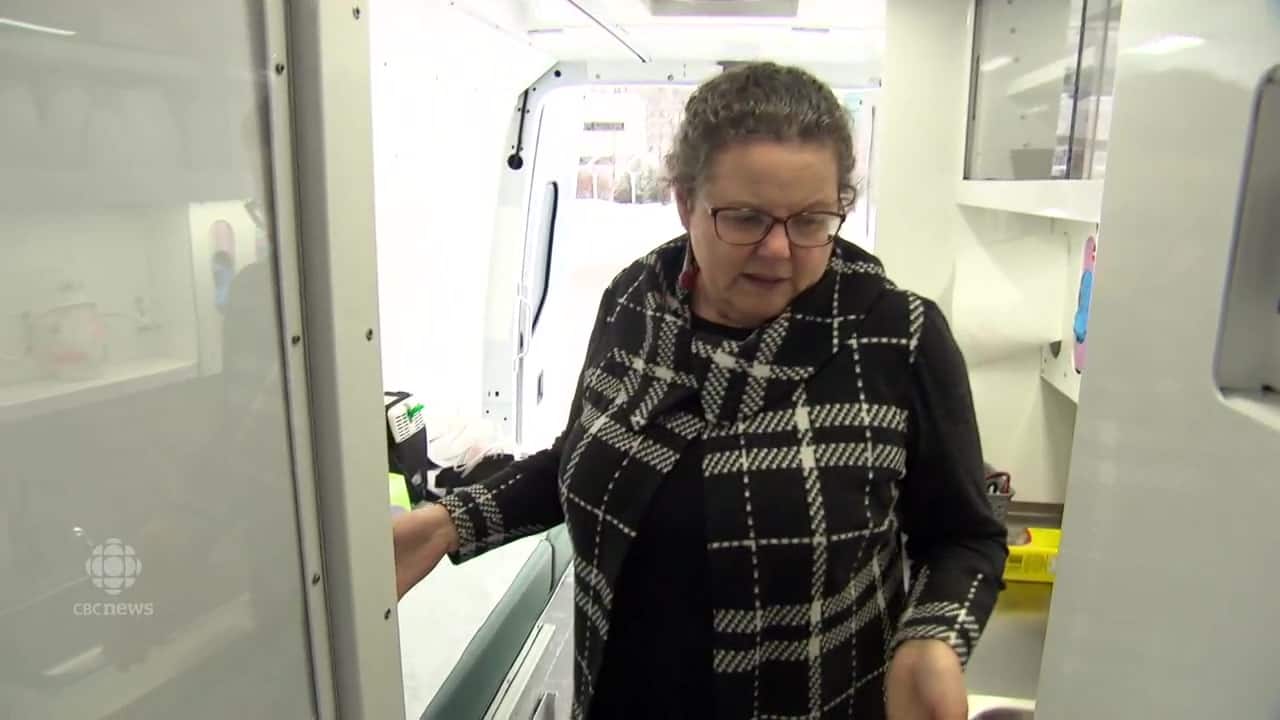 "It is so frustrating when you see people whose drug use is clearly being driven by untreated mental health issues," Muckle said. "Also, for primary health care like a very treatable infection, this is so badly needed."

Muckle said many of the injection sites' clients don't have a family doctor or an OHIP card, and may feel more at home at the sites.

"It's a place that they already come and already feel safe, and they know the staff."

Peer workers at the ready

A peer support worker will also be aboard the van to build trust with clients, Muckle said.

After suffering several overdoses, Gaudet was told he'd soon be dead if he continues using drugs. That was his motivation to get straight, and he said many drug users need a similar push.

"This van is badly needed because those who have a psychotic break need a compassionate person to talk to, and a psychiatrist that can offer help on the spot will make a huge difference," Gaudet said. "Now we have a van that can go to them on their schedule when they are ready, and from people who are non judgmental."

Muckle said the van is arriving at just the right time.

"It's really nice in the midst of the terrible opioid crisis, with all the death and suffering, to have something bright," she said.