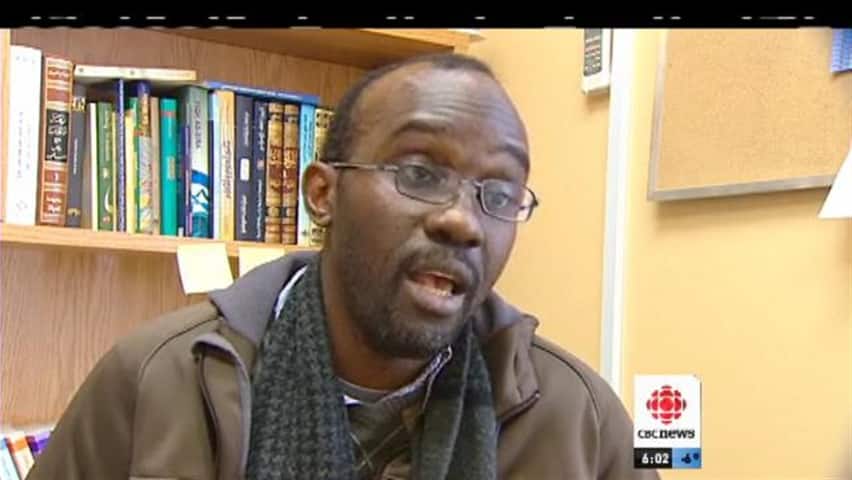 Workers at the Outaouais Islamic Centre awoke Thursday to discover swear words and derogatory references to Arabs and Allah spray-painted in white.

The vandals painted messages on the front doors, across the building's side and on two other entrances to the building.

The mosque had earlier been vandalized Monday morning when someone smashed the windows of two cars and attempted to set fire to them in the parking lot.

This latest incident prompted Harper to speak on this specific attack, which he did in a French statement Thursday.

"Our government strongly condemns these heinous attacks that have been terrorizing the whole community," the statement said.

"Members of the mosque have asked for help in funding infrastructure and security projects and have received funding from our government."

Mosque secretary general Amadou Thiam urged police to do their utmost to find the perpetrators. The mosque has turned over security video footage to police.

Gatineau police said they believe a lone man in his 20s caught on camera in the latest incident was also responsible for the earlier vandalism.

Police said it was the fourth incident in the last six months.

Thiam said the vandalism was a "provocation" and called on members of the mosque to remain calm. Thiam also urged Gatineau city officials to show their support for the mosque.

The Canadian Council on American-Islamic Relations (CAIR-CAN) condemned the vandalism Thursday and said authorities should investigate the incident as a hate crime.

"The repeated vandalism, within days of the previous attack, of this specific mosque is deeply troubling. Attacks on all our nation's houses of worship must be condemned by all Canadians and should be investigated and prosecuted using all available law enforcement resources," said Ihsaan Gardee, CAIR-CAN executive director.

Jewish Stars of David were also spray-painted on the walls.

Shimon Fogel, CEO of the Centre for Israel and Jewish Affairs, also condemned the attacks.

"We unequivocally condemn all acts of vandalism committed against any place of worship," Fogel said in a statement.

The mosque, located off Saint Joseph Boulevard just north of St. Jean-Bosco Park, draws about 500 people for Friday prayers and serves a community estimated at close to 5,000 people.

"Maybe someone was drunk or something, I don't think he deeply means it," said Ali.

"I've been here more than three years and this has never happened," he said.

With files from the CBC's Alistair Steele