Aiming for some middle ground in the gun control debate

Gun control can seem like a polarizing issue with little or no middle ground, especially during an election. Dig down a bit deeper, however, and the debate is far less entrenched and much more nuanced than it may seem on the surface

Gun control can seem like a polarizing issue with little or no middle ground, especially during an election. Dig down a bit deeper, however, and the debate is far less entrenched and much more nuanced than it may seem on the surface.

On Monday, Liberal leader Justin Trudeau reiterated his election promise to ban semi-automatic assault weapons, and is pledging to work with provinces to enable handgun bans at the municipal level.

I think it's important to try to get over this rural-urban divide.- Dave Weatherall, Overbrook resident

Lanark, Ont., firearms instructor Len Dickinson says he can see why that looks like a good idea from an urban perspective.

"I can understand where the violence is in the communities," said Dickinson, who estimates he teaches more than 1,000 hunters a year how to safely use, store and transport their weapons. 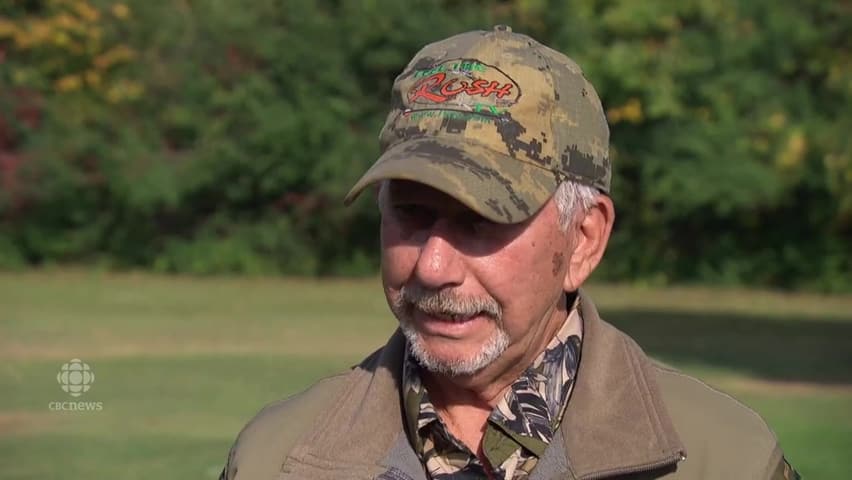 'Firearms are a necessity in Canada'

1 year ago
1:04
Lanark resident Len Dickinson says banning certain types of guns will also affect hunters, many of whom hunt as a way to feed their families. 1:04

"But I haven't had a criminal come and take this course yet. They're not going to take two and a half months [in order] to go out and get a firearm to commit a crime."

That's why Dickinson sees no need for a ban on firearms that are already restricted, including handguns and semi-automatic weapons.

In major cities including Toronto and Ottawa, where gun and gang violence is a going concern, legally owned guns aren't the problem, Dickinson believes; rather, it's smuggled and unlicensed firearms that are getting into the hands of criminals.

"I'd just love to see the number of stats of the crimes being committed with registered handguns. It's not happening out there," he said.

One January morning last winter, Dave Weatherall was up early with his twin boys in Ottawa's Overbrook neighbourhood when he heard gunshots ring out.

"It was weird instinctive reaction, but I just brought them down into the basement until I heard the cop cars pull up," Weatherall said.

He noted there have been several other shooting incidents in the neighbourhood, a trend that's now galvanized the community to call for action.

Weatherall, who spent part of his childhood in a rural area, understands the angst among registered gun owners.

"I think everyone wants the same thing," he said. "There has to be some middle ground where legal gun operators and owners feel that their rights are being respected.... I think it's important to try to get over this rural-urban divide."

Abdul Abdi, the Conservative candidate in Ottawa West–Nepean, said he, too, can see the issue from both sides.

"I've seen people who've been victims. I've spoken to parents. I've been to burials, funerals. Some of the young people who were impacted were some young people that I've coached when I was a youth worker," said Abdi, an Ottawa police officer.

Instead of imposing further restrictions on law-abiding gun owners, however, Abdi said his party has its sights set on gang prevention programs, better support for community agencies and more cops on the street.

"I grew up in some low-income communities. I know some people in low income communities who've suffered," said Abdi, who calls the Liberal plan "a last-minute election promise" to get votes.

"Yes, we're getting flow of guns from the United States, [and] we need to support our border agencies to stop that."

NDP candidate and economist Angella MacEwen, running against Abdi in Ottawa West–Nepean, shares his concerns about gang violence and the need to invest in community policing.

But there are other root causes, MacEwen believes, including economic inequality and the ever-shrinking supply of affordable housing.

"Because having more money in your pocket you can afford to live in safer places and make your community safer," MacEwen pointed out.

Both the NDP and Green Party are calling for a ban on handguns.

"We have some fairly low-income neighborhoods [where] crime is definitely an issue, and gun control," said Dave Stibbe, Green Party candidate in Ottawa West–Nepean. "I am actually in support of a handgun ban, blanket, across the country."

Len Dickinson doesn't see the need for a ban, but like the candidates, he would like to see authorities tackle the root causes of crime.

"Find out what that cause of violence is," Dickinson said.