A man in his early 20s had to be rescued by firefighters after he tried to escape OC Transpo special constables by jumping into the Ottawa River. 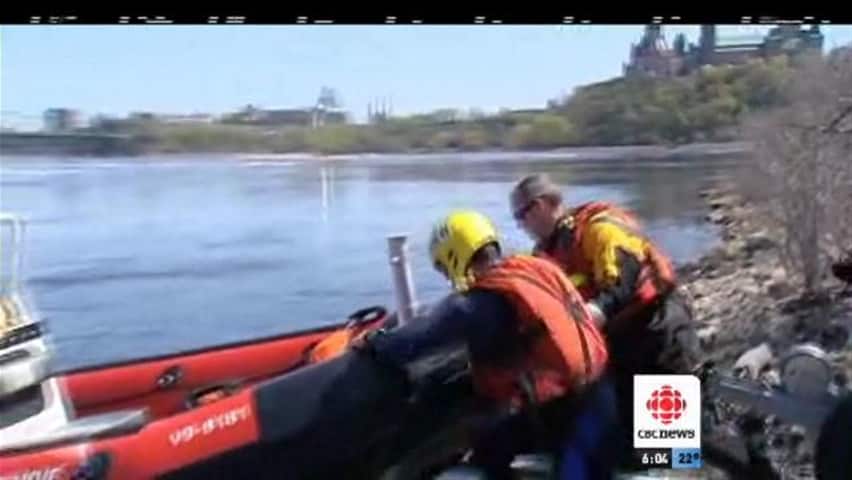 A graffiti tagger had to be rescued from the chilly waters of the Ottawa River after he tried to escape OC Transpo special constables who were chasing him and two others.

Two of the taggers were caught quickly but one man in his early 20s tried to escape by jumping into the river.

Paramedics and firefighters responded a few minutes later at about 8:15 p.m. to a man in the water at Lemieux Island.

They reported the two OC Transpo constables had jumped into the water to try to rescue the man but they turned back due to the cold water temperature.

The Ottawa Fire water rescue unit pulled the man from the waters.

Paramedics treated the man on scene for hypothermia and he was reported in stable condition at the hospital.

Firefighter Steve Staye said while the air temperature is warm in Ottawa this week, the river remains frigid.

"This time of year the water is typically between five and ten degrees celcius," said firefighter Steve Staye. "It's too cold to swim. [If] you're in the water you'll find within a couple of minutes you are going to find you lose function in your hands and legs and you lose the ability to swim."