Man who smuggled gold in rectum from mint gets 30 months in prison, $190K fine

The former Royal Canadian Mint employee who apparently used his rectum to smuggle 22 solid gold "pucks" out of the secure facility in Ottawa has been given a 30-month prison sentence and must pay a fine of $190,000.

The former Royal Canadian Mint employee who apparently used his rectum to smuggle 22 solid gold "pucks" out of the secure facility in Ottawa has been given a 30-month prison sentence and must pay a fine of $190,000.

In November, 35-year-old Leston Lawrence was found guilty of stealing the 22 pucks from the mint on Sussex Drive, and of laundering 17 of them through Ottawa Gold Buyers (the cheque for an 18th puck never cleared because that puck was seized by police).

Lawrence was also found guilty of possession of property obtained by crime, conveying gold out of the mint and breach of trust by a public official.

Ontario Court Justice Peter Doody ruled Thursday that Lawrence would have to serve an additional 30 months if he doesn't pay the $190,000 fine within three years of being released from prison.

Lawrence made $130,000 from the 17 pucks he sold, which he sent abroad to build a house in Jamaica and buy a boat in Florida, among other transactions. The full market value of the 17 pucks of gold is estimated to be about $190,000, according to a statement of restitution prepared by the mint in early January.

It's estimated that if Lawrence had managed to sell all 22 pucks through Ottawa Gold Buyers, Lawrence would have made about $165,000 — an amount based on what he sold the 17 pucks for.

During sentencing submissions last month, Crown attorney David Friesen said Lawrence should be sentenced to three years in prison, arguing that the offences took place over several months and were "not simply a one-off," and that Lawrence has not demonstrated remorse.

Defence lawyer Gary Barnes, meanwhile, said his client should receive an 18-month jail sentence, arguing lax security measures made it easy for Lawrence to smuggle the gold and that he's already lost his job.

Barnes also argued Lawrence should only have to pay back $130,000 — the amount he actually made selling the 17 pucks of gold — rather than the $190,000 the 17 laundered pucks are estimated to be worth. 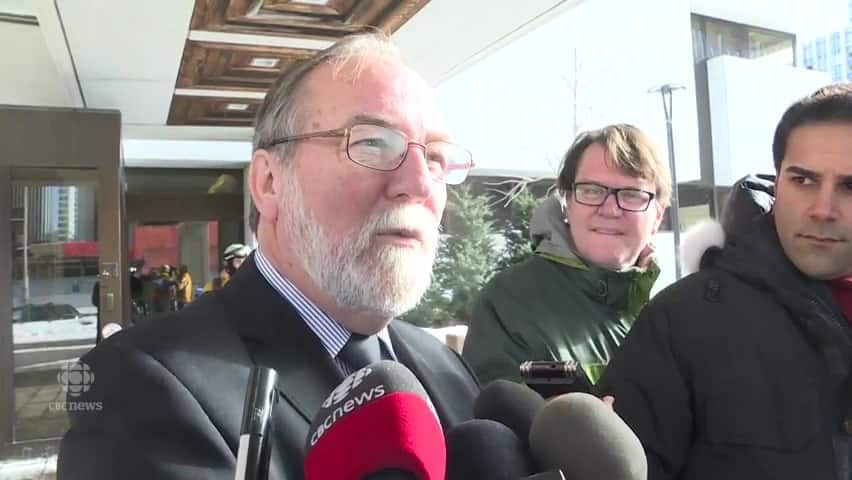 4 years ago
1:27
Defence lawyer Gary Barnes says the judge in the gold smuggling trial was meticulous. 1:27

'Accepts that he has been convicted'

Speaking to reporters outside court Thursday, Barnes called Doody's decision careful and meticulous, and said it was "difficult to quibble with what he had to say."

Lawrence is reacting "very well" to the media interest in the case, Barnes said, and accepts the outcome of the trial.

"We expected it all along. ... When no one showed up for the first week and we were sort of under the radar, that was very, very surprising," Barnes said.

"He's sitting there looking at what the judge has done ... and he accepts that he has been convicted."

Barnes also reiterated that the mint's security measures were too lax.

In an emailed statement, a mint spokesperson wrote Thursday that "several improvements" have been made to their security system, "including upgrades to our facility's security checkpoint and screening process; upgrades to our camera system to high definition which provides real-time monitoring capability in all areas of the mint; and working closely with CATSA [Canadian Air Transport Security Authority] to establish more robust scanning training of our employees.

"The mint is one of the most secure facilities in Canada and we are confident that we have the right security measures in place to effectively operate our business," the statement reads. 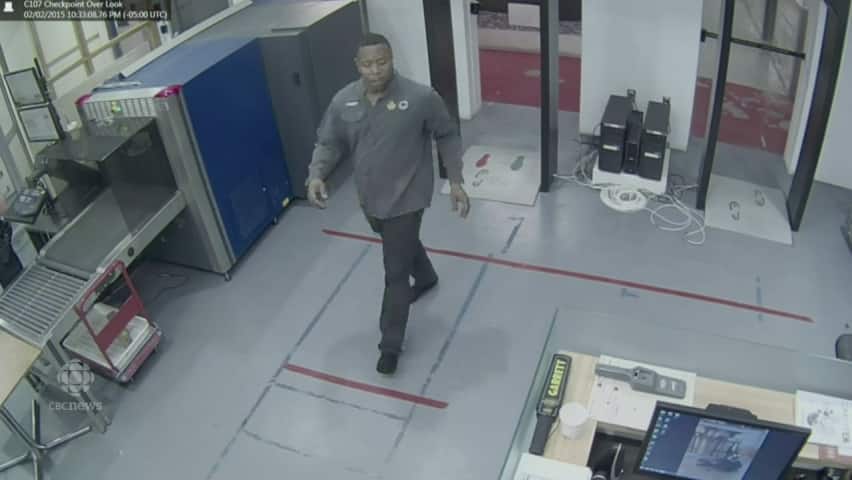 Video footage of Leston Lawrence setting off the metal detectors

4 years ago
0:29
Lawrence set off the mint's walk-through metal detectors more than any other employee without a metal implant . 0:29