Treating violence like a disease: Could the Glasgow model work here?

Declared the murder capital of Europe less than two decades ago, the Scottish city's unique approach to its epidemic of bloody violence has sparked a dramatic turnaround. Ottawa's new police chief is interested in finding out more.

In the early 2000s, the Scottish city of Glasgow was in the grips of an epidemic.

With a population of just over 600,000 people, Glasgow saw an alarmingly disproportionate number of murders and violent assaults, particularly on the streets of its poorest neighbourhoods.

Machete attacks were on the rise, and emergency rooms were filled with young people suffering from stab wounds, facial lacerations and bones crushed by baseball bats.

Today, the city prides itself on being one of the safest places in the U.K.

Enforcement is important sometimes, but it is not the only solution.- Dr. Christine Goodall, maxillofacial surgeon

Experts say the turnaround came after Glasgow began treating violence the same way it would treat a public health crisis, with a focus on prevention rather than punishment.

Earlier this month, Radio-Canada sent an Ottawa-based reporter to talk to Scottish officials about how they managed that transformation. A few days earlier, Peter Sloly, who was sworn in Monday as Ottawa's new chief of police, reached out to law enforcement experts in Glasgow to ask about their unique approach to street-level violence.

During a typical night shift in Glasgow, maxillofacial surgeon Christine Goodall would stitch slashed necks, set broken jaws and reconstruct faces. They were complex cases; no two were alike. Alcohol was almost always a factor.

"At one point I thought, no, hang on, this isn't normal. I should still be shocked by this and actually, I should do something about it," Goodall recalled.

The turning point came one particularly bloody night when a young man showed up at the emergency room with deep facial wounds caused by a knife — then the favourite weapon on Glasgow's mean streets. Despite his disfiguring injuries, Goodall quickly recognized the patient: she had treated him just six weeks earlier for similar facial wounds.

Within a week, Goodall and her colleagues conceived a plan to visit local schools to speak to teenagers before they could become their next patients. The students heard from a young man who would never walk again, and from a woman who lost her son to a senseless act of violence.

"Young people are not impressed by images of gore, blood, et cetera. But the most powerful thing is the stories of people affected by violence," Goodall said.

That program, along with a number of others launched around the same time, marked the beginning of a fundamental shift in how the city would treat criminal violence.

It seems to be working.

In 2004, Karyn McCluskey, an analyst for the Glasgow City Police, was asked to provide a report on how to reduce street-level violence. Her work led to Scotland becoming the first jurisdiction in the world to list violence as a public health issue, like measles or tuberculosis.

Violent behaviour is now framed in the country as a disease that spreads from one person to another. 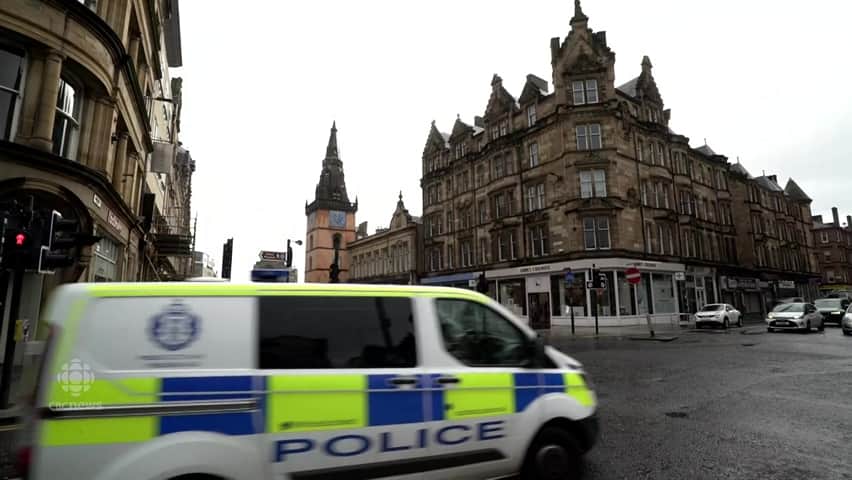 'We started to talk about violence as a disease'

12 months ago
1:44
Karyn McCluskey, a former analyst with the Glasgow City Police, says treating violent crime like a public health issue has helped reduce the amount of incidents dramatically.   1:44

Doctors, nurses and dentists, even hairdressers and veterinarians, were mobilized to form a first bulwark against violence, because they're often the first professionals to see the signs of abuse or violence.

Their job was to prevent the "transmission" of violence by directing victims and perpetrators to professionals who could win their trust and prevent an "outbreak."

'A question of priorities'

McCluskey's work led to the creation of the violence reduction unit (VRU), a sprawling network of agencies and community programs tackling the root causes of violence.

McCluskey believes a similar approach could work here — if applied with care.

"It's a question of priorities," she said. "You have excellent social programs in Canada, but go one step further. You need more social workers who specialize in mental health."

An integral part of the VRU are the "Navigators," reformed criminals in bright pink shirts who visit hospitals to chat with patients being treated for the kinds of injuries doctors like Goodall spend their nights patching up.

"I don't know how you feel," Eddie Gorman says he tells the young men, "but I know how I felt when my life was out of control."

Gorman, who spent 20 years in prison for drug crimes, said his life experience is all the expertise he needs to get his message across. 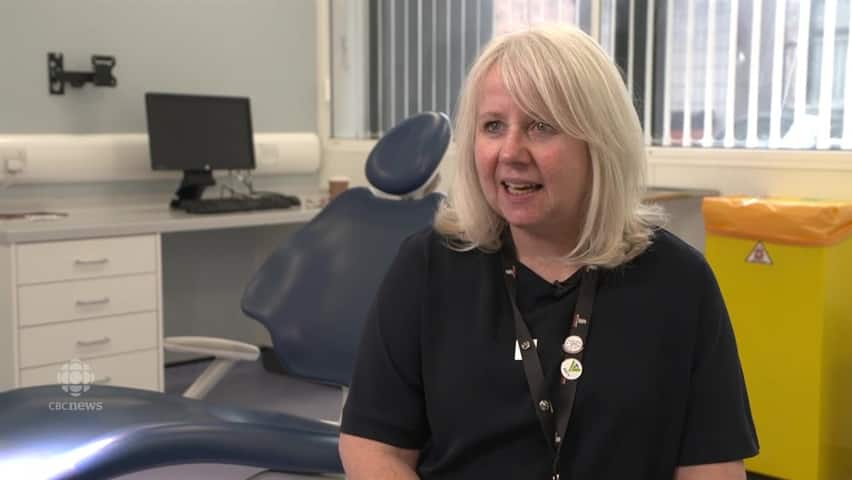 'We have to do something about this'

12 months ago
1:03
Tired of seeing patients with injuries caused by street violence, surgeon Christine Goodale and her colleagues conceived a plan to visit local schools to speak to teenagers before they became their next patients. 1:03

Another unique program run by Glasgow police is the Street & Arrow café, where plainclothes officers work alongside ex-convicts serving coffee and meals.

"This is like a door for me," said Reece Andrew Ireland, 24, who's worked at the restaurant for about two months. The former drug user said he'd never had a real job before.

"I was told at the start, 'You only have to change one thing, and that's everything.' And that's what I've done."

Glasgow, too, has changed just about everything — a feat McCluskey said has been "as close as it gets to being magic, without being magic."

She's convinced that focusing on catching and incarcerating the criminals perpetrating the violence isn't the answer.

"That's not really worked well, has it? If that worked, America would have no crime."

"Enforcement is important sometimes, but it is not the only solution," agreed Goodall. "If you only concentrate on that, you will not have a long-term change in people's behaviour."