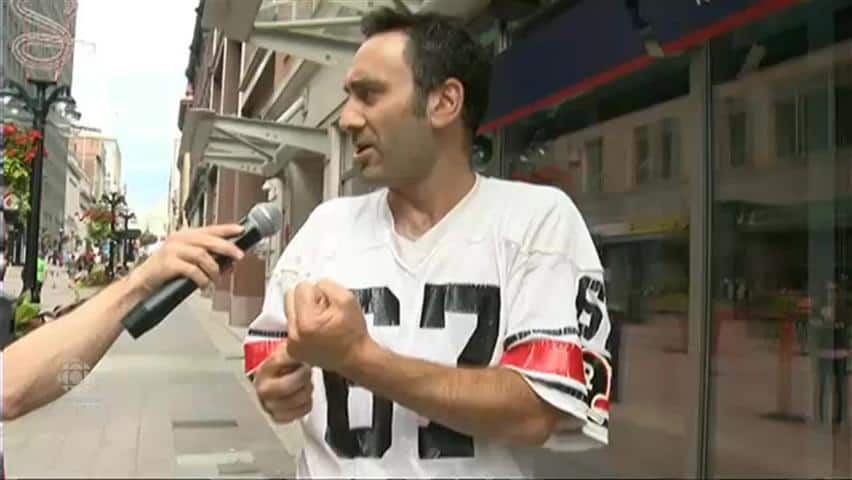 You can choose to cook the pork conventionally in your kitchen oven or backyard barbecue, but Panico does it a little more interestingly on the back of his bicycle.

Panico placed a hibachi charcoal barbecue onto a flatbed platform, then hooked it up to the back of his bicycle and attached a chain that utilizes pedal power to turn the rotisserie.