A man and a woman in their early 20s are dead after the car they were travelling in crashed into trees along the Champlain Parkway in Gatineau Park late Tuesday night. 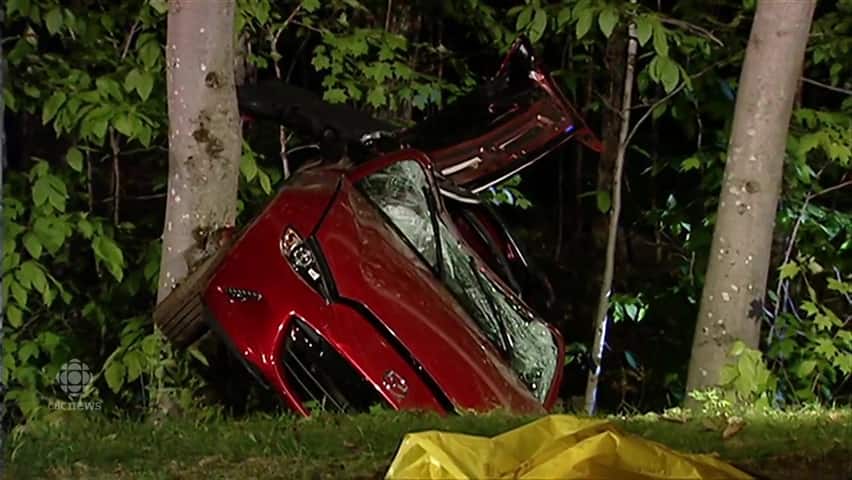 3 years agoVideo
0:23
Two people are dead after an overnight crash on the Champlain Parkway in Gatineau Park. 0:23

A man and a woman are dead after the car they were travelling in crashed into trees along the Champlain Parkway in Gatineau Park late Tuesday night.

It happened just before midnight on the section of road leading up to the Champlain Lookout.

The impact triggered both front airbags and caused significant damage to the car.

The man and woman, who were both in their early 20s, were found unconscious and later pronounced dead at the scene.

RCMP have not yet released their names.

Speeding was likely a factor in the crash, and RCMP are reminding motorists to respect the speed limit in the park.

Michael Bowley rode his bike past the crash site Wednesday morning and said speeding vehicles are a constant concern in the park.

"We've come up here at around midnight, with all our lights on and flashlights and our helmets, and we've had what we call in England 'boy races' coming around," Bowley said. "We've had to pull over onto the grass because we've almost been hit by people going too fast around the hills." 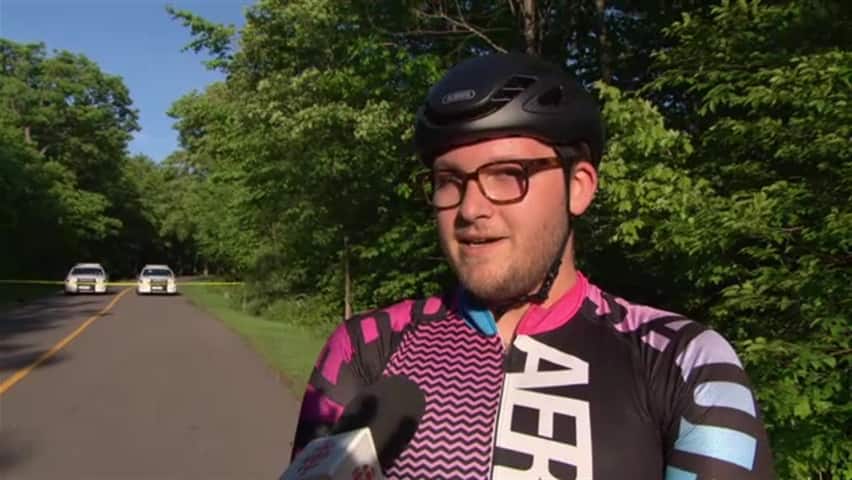 3 years agoVideo
0:41
Cyclists who visit the park at night compare traffic on the parkways to a Formula 1 race. 0:41

"Cars are just flying through here. It's pretty dangerous some times," Asseer said. "I'd never ride here at night. A lot of cars ripping around, kids having fun. Sometimes they think it's a Formula One track, but really it's a park."