After two people were killed in a car crash Tuesday night, some drivers and cyclists say Gatineau Park should be closed overnight to deter speeders.

Park's smooth asphalt and lack of police at night is attractive to speeders, say motorists

After two people were killed in a car crash Tuesday night, some drivers and cyclists say Gatineau Park should be closed overnight to deter speeders.

A man and woman, who were both in their early 20s, died when their car crashed into trees along the Champlain Parkway near the Huron Lookout just before midnight Tuesday.

Officers have not yet identified the victims.

'It could have been us'

Nick Klimowicz visits the park once a week on his motorcycle to watch the sunset and said he regularly sees people going over the speed limit.

"There is definitely speeding that goes on here," said Nick Klimowicz. "I think it's because the roads are in such good shape and there's not a lot of motorists on them." 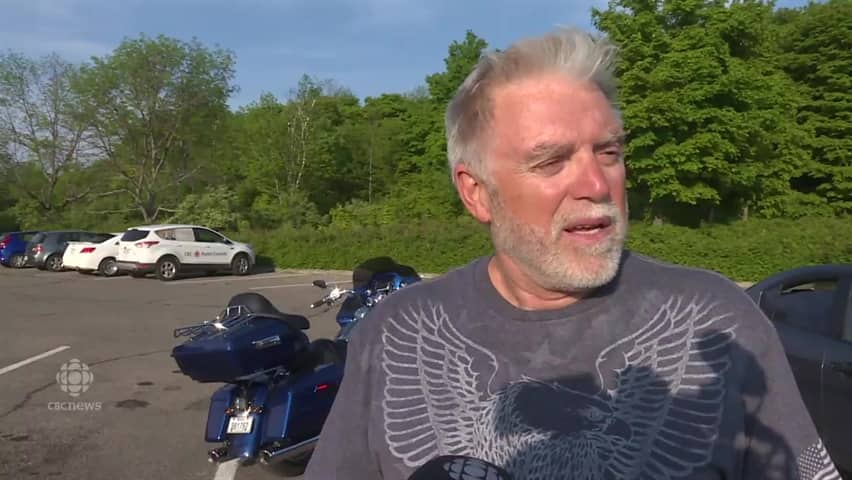 Should Gatineau Park be closed at night?

3 years agoVideo
0:29
After a fatal crash, some users say Gatineau Park should be closed overnight. Others say speeding could be addressed by increasing police patrols. 0:29

Camila Calvi, 18, said she remembers being in a car two years ago with friends who drove around the park at 120 km/h in a 60 km/h zone.

She's now older and wiser, but said she still has a lot of friends who race around Gatineau Park for the thrill. Closing the gates at night could prevent another tragedy, she said.

Cyclist Albert Saikaley agrees. "You're not going to stop people from speeding," he said. "At least close it off."

He's been biking in the park for 30 years and said he hasn't ever seen RCMP patrolling the roads.

Cycling enthusiast Doug Van Den Ham said he regularly spots tracks where cars have driven off the road and has on occasion seen cars still stuck in the embankment in the morning. He also thinks closing the park at night could help.

"I think the cover of darkness is definitely emboldening some people," said Van Den Ham. "If there aren't the resources to police throughout the night to deal with racing up there, that might be the best option."

Others said it should be up to police to crack down on the problem rather than shutting down roads at night.

"I think the roads are here for everybody and we should just share responsibility," said motorcycle driver Klimowicz. "It could be patrolled more."

RCMP said police regularly patrol the park, including at night, and that the force is working with partners to improve public safety.

As for the NCC, it said it wouldn't comment at this time out of respect for the victims and their families.