A city councillor wants to revisit the city's rules only allowing food trucks at festivals, special events or in industrial zones without restaurants.

A Gatineau, Que., city councillor wants to revisit the city's rules only allowing food trucks at festivals, special events or in industrial zones without restaurants.

Jean-François LeBlanc, councillor for Lac-Beauchamp, has an informal survey up on his Facebook page and said it suggests there's demand for change.

"I think there is a potential for economic development," he said, singling out the Lac-Beauchamp Park and the Hull and Gatineau marinas as areas with a demand for food options.

Cédric Tessier, councillor for Hull-Wright, thinks a review would be a good idea but wants all stakeholders to be part of the discussion. 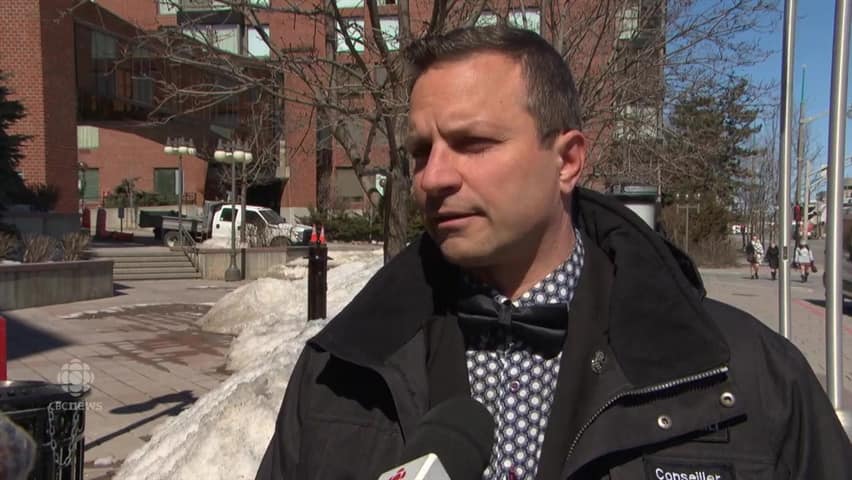 Is it time for Gatineau to allow food trucks?

2 years agoVideo
1:01
Coun. Jean-François LeBlanc says it's time for Gatineau to embrace food trucks, which are currently only allowed to operate in special circumstances. But Eric Gaudreault of the city's downtown restaurant association says it may not be that easy. 1:01

Éric Gaudreault, owner of Le Troquet bistro in Hull and a member of the Gatineau restaurant and bar owners association, thinks food trucks could work with the right restrictions, but he also has reservations.

"Our very rare commercial sectors that are booming already have a lot of restaurants to offer, so we wouldn't want to cut off people who are paying rent," he said.

In Ottawa, more than 50 permits have been issued for food trucks and carts.

Montreal's bylaws give each of its city's boroughs the power to choose its own food truck rules, while Quebec City's council hasn't decided its next steps since its two-year pilot project ended.

LeBlanc said he wants to bring the idea of a pilot project to Gatineau city council next month.