The Ottawa comedian who became an online sensation for posting impressions of Game of Thrones characters made a cameo in the most recent episode of the show. Spoiler alert: in true Game of Thrones fashion, it didn't end well.

Spoiler alert: as with most characters on the show, things didn't end well for Love 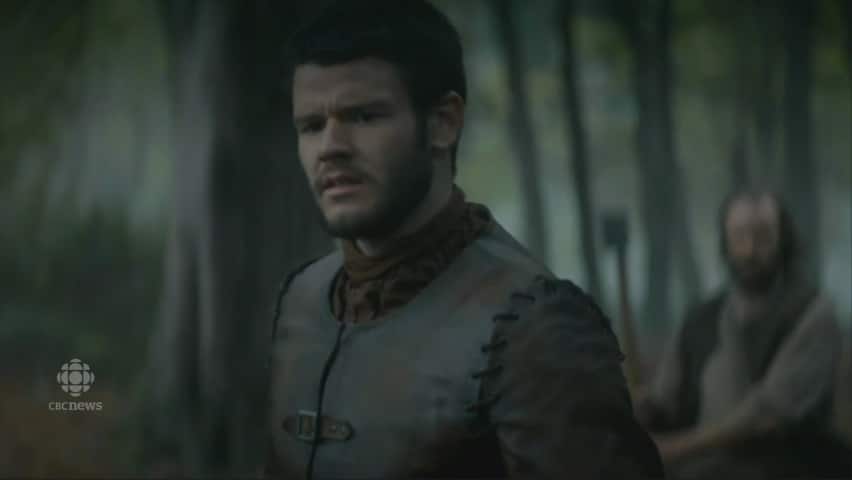 4 years ago
0:17
Game of Thrones superfan and impressionist Steve Love got a brief role in an episode in the show's sixth season. 0:17

The Ottawa comedian who became an online sensation for posting impressions of Game of Thrones characters made a cameo in the most recent episode of the show. Spoiler alert: in true Game of Thrones fashion, it didn't end well. For his character, that is.

Steve Love made a name for himself when he began posting impressions of characters from the popular HBO fantasy drama on YouTube, with his fame culminating in an appearance on Jimmy Kimmel Live last June.

Love told Alan Neal on All in a Day that shortly after that episode aired he was heading to a cottage with friends when he got an email from David Benioff and D. B. Weiss, the creators of the Game of Thrones television series, asking him if he was interested in doing a scene.

After he got over the shock — and once his agent determined it was not a hoax — Love said he had one request for the creators of the television series.

A brief and bloody appearance

"I broached the subject by sending them an email back saying 'Listen I don't know what your plans are for me but it would really mean a lot to me if I could have one of those trademark Game of Thrones gruesome death scenes, and they wrote back saying 'Actually Steve, that was exactly what we had in mind for you,'" he said.

"So in that aspect it worked out, but not so much for the possibility of recurrence," he said.

Love flew to Northern Ireland in October to shoot the scene for the show's sixth season. In the scene, he sits in the woods with three other men when one of them plays a practical joke on him. Then the group is approached suddenly by Sandor Clegane, a character also known as The Hound. This is generally not a good omen for characters on the show, and Love's character is no exception.

He said he enjoyed meeting Rory McCann, the actor who plays The Hound, and said he was fascinated to see the work that goes into recreating the world of Westeros, the mythical land that provides the setting for George R.R. Martin's Song of Fire and Ice books, the series upon which the television show is based.

"I've been on sets before but not one where there is a line of trucks with equipment and cranes and moving camera trucks... and I stepped onto the set and this is just four dudes in the woods," he said.

Love said his appearance on Jimmy Kimmel's show gave him a larger audience, but was not the career boost that he might have imagined.

"We live in a culture that has a very short attention span, so you are on top of the world for a week or so, then you are quickly forgotten."

Not unlike so many would-be rulers of Westeros.