The chairman of Ottawa's police services board believes the best way to buck the trend of rising police costs is for the Ontario government to freeze wages for police officers. 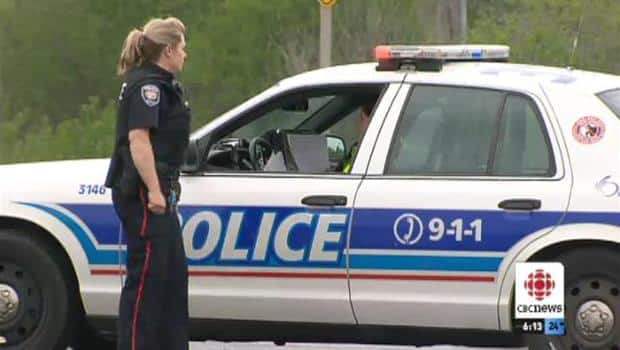 The Ontario government should freeze wages at local police departments just as it's tried to do with other public sector workers, according to the chairman of Ottawa's police services board.

Eli El-Chantiry told CBC News many Ontario cities are struggling with rising police costs and he sees only one move to limit the rise in costs.

"We are on the path that’s going to be, 'Enough, we can’t sustain our emergency costs anymore,'" said El-Chantiry.

"What can we do to get control over these increasing costs?" he asked. "Simple, have the province centrally negotiate with all the police services."

El-Chantiry, who has chaired the police services board since 2009, said salaries, which make up the lion’s share of the local police budget, are the biggest challenge.

After three years on the job, a first-class constable now makes $86,000 in base pay, El-Chantiry said.

He said Ottawa police salaries regularly fall in line behind those of Toronto, Peel Region and York Region police, but ahead of those in Hamilton and London, regardless of a municipality’s own budget pressures.

CBC News analyzed the force’s salaries and found a quarter of its more than 1,300 sworn officers made more than $100,000 in 2012. El-Chantiry said officers deserve that pay if they work overtime on cases, do extra paid duty or don't take vacation.

Ottawa’s last contract talks went to an arbitrator, who awarded consistent base salary increases of just under three per cent for 2011 and 2012.

The union and police services board have begun negotiating a new contract and El-Chantiry argues the board will again have little control.

These pressures come to a head next Monday when the police services board meets to look for efficiencies to close the $1.3-million budgetary gap, but he doesn’t see letting police officers go.

The service will look for other efficiencies in the short-term, such as having drivers visit new collision centres to report damage and allowing people to process criminal background checks online.

"We’re even trying to get a deal on gas," said El-Chantiry. "So we’re trying everything we can. But is that the big number in the budget? No."

Ontario’s labour minister said the province would not wade into a municipal issue.

"I leave that decision up to municipalities. They are accountable to their taxpayers," Ottawa MPP Yasir Naqvi said. "It comes down to each municipality determining what their needs are and what kind of services they need to provide and what the cost is going to be."

Naqvi added municipalities have the power to bring in wage freezes, if they so desire.

"I think it would be inappropriate for the provincial government to step in to bring some sort of a wage freeze on their part. We've always respected municipal autonomy," he said.

Both Naqvi and the union representing Ottawa police officers also said the majority of police and firefighter contracts are reached through bargaining and few need to go to arbitration.

The Ottawa Police Association agreed a province-wide wage freeze would be inappropriate.

Do you have a story we should know about? Contact us at cbcottawainvestigates@cbc.ca

Skof argued police officers deserve what they are paid because their job description has changed significantly in the last 25 years and they now face intense public scrutiny.

"Do I believe the three per cent [salary increase] is justified? Of course."

Skof said attacking the arbitration system and police salaries is the easy avenue.

"The actual conversation is about efficiencies and finding how we can do it better, and I'm all for it," said Skof.