An Ottawa man whose basement is full of water for the second time in two years says he's still fighting the province for disaster relief from the 2017 flood, and is blaming his predicament on the fact that he had insurance.

An Ottawa man whose basement is full of water for the second time in two years says he's still fighting the province for disaster relief from the 2017 flood, and is blaming his predicament on the fact that he had insurance.

Gerry Blyth has lived in his modest home on Bayview Drive in Constance Bay for about 30 years.

After his basement flooded in 2017, Blyth's insurance covered ruined appliances and other damage, but not structural repairs. So Blyth applied to the Disaster Recovery Assistance for Ontarians (DRAO) program for help repairing his foundation, which he said had shifted and cracked in the flood.

He filled out a claim for about $20,000, but because he'd already received money through his insurance, the Ministry of Municipal Affairs and Housing told him he was only eligible for $10,369.38, before deductions.

"So there I am in this quandary now," Blyth said.

Not enough for repairs

Blyth said the amount the province is offering isn't enough to repair his foundation — he believes the job will cost at least twice that.

Blyth said he feels like he's being punished for having insurance. 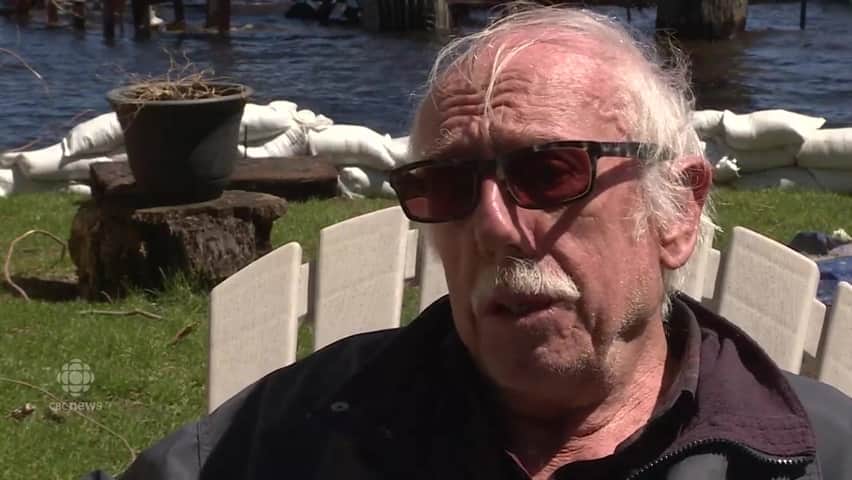 Constance Bay resident in a 'quandary' after two floods

On Tuesday, the Ontario government announced people living in some flooded parts of Ottawa, Clarence-Rockland, Champlain Township and Alfred and Plantagenet can now apply for help covering their 2019 recovery expenses.

The Ministry's website states financial aid is limited to $250,000 per application, and that "insurance payments are deducted from eligible costs."

Now Blyth's basement is once again filled with about 1.8 metres of water. During the peak of this spring's flooding, Blyth said he had eight electric pumps running in his basement and two gas-powered pumps working outside, but it wasn't enough.

Blyth and his wife are both retired, and their waterfront home was a key part of their future plan. 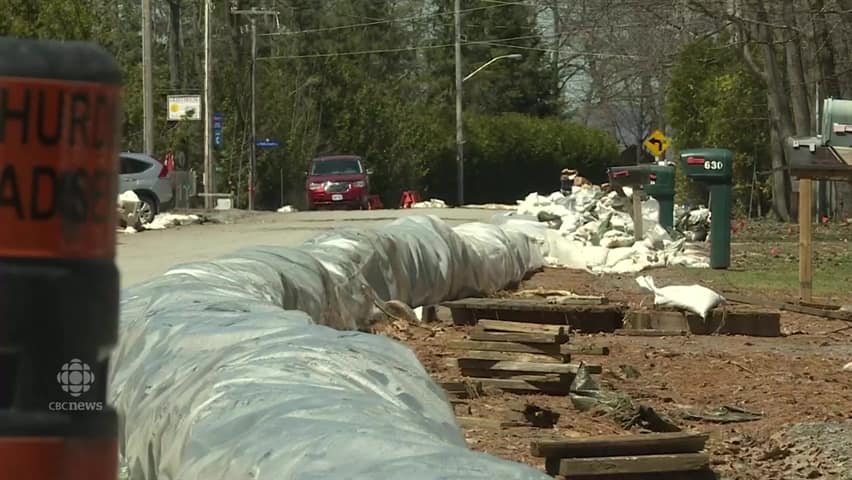 2 years agoVideo
1:38
Craig Stewart, vice-president of federal affairs with the Insurance Bureau of Canada, says offering one-time buyouts for people living in flood plains could be a way to avoid costly damage to their homes. 1:38

Blyth said none of his neighbours seemed to have any problems with their DRAO claims. He's planning on filing a fresh claim this year, and he's urging the province to rethink its policy when it comes to relief for homeowners with flood insurance.

In a written statement, a spokesperson for the Ministry of Municipal Affairs and Housing said the DRAO program is "intended to help people get back on their feet after a natural disaster."

"Applicants who have received funds from their insurance provider can only receive a payment under the DRAO program if they have spent the funds they have received through insurance coverage, and it is not sufficient to cover eligible costs for the essentials," said spokesperson Lee Alderson.