Ottawa firefighters have cleared the scene after dousing hot spots for nearly 24 hours at a fibreglass warehouse in the city's south end. 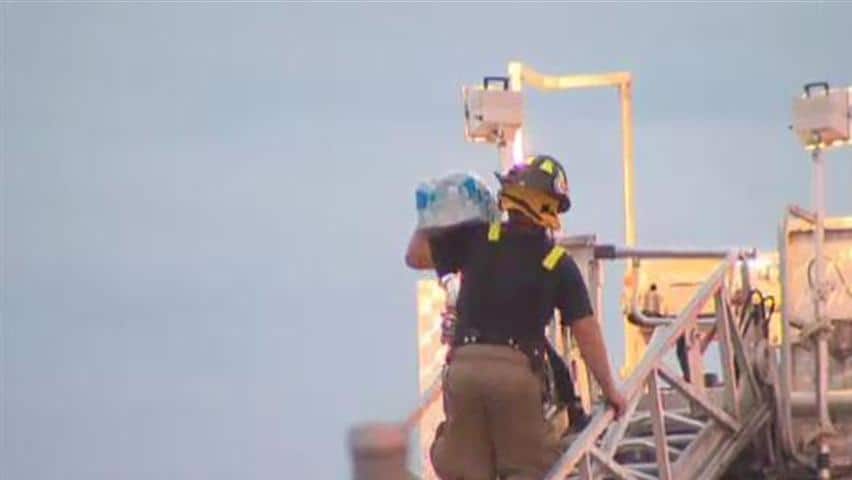 Ottawa firefighters have cleared the scene after dousing hot spots for nearly 24 hours at a fibreglass warehouse in the city's south end.

The fire started in stacked fibreglass bales at the CertainTeed fibreglass plant on Belgreen Drive, near Hawthorne Road and Stevanage Drive, just before 8 p.m. Tuesday night.

"There was a lot of smoke when we arrived, we did a 360-[degree] tour of the building and we could see open flames through two of the doors," said district fire chief Don Smith, who supervised firefighting efforts overnight.

"We wanted to try and be sure that we could let our crews go in safely because of the type of material we had in there," said Smith. "We had big tall bales of insulation, so safety always comes first."

"We know the place, we just try to help the firefighters be as most efficient as possible," said Gimeno.

The CertainTeed fibreglass plant was partially shut down over safety concerns in 2011 following four separate fires in the span of 14 months.

"This was totally different, this was in a warehouse area," said Smith.

"I believe the fires that we've had in the past have been in the manufacturing plant. I mean, it's related, but it's totally unrelated."