Has this eastern Ontario startup created the firefighting product of the future?

Quincy Emmons and Zackery Hodgen believe their non-toxic flame suppressamt could help douse the wildfires currently ravaging Australia. But before their product can fly anywhere, it needs the approval of the U.S. Department of Agriculture.

As Quincy Emmons and Zackery Hodgen watch the out-of-control bush fires burning in Australia, the two eastern Ontario firefighters believe they have a solution that could help douse those flames.

But their new fire suppressant, developed here and patented in Canada and the United States, needs to pass stringent U.S. regulatory hurdles before it can be dropped from planes or helicopters over wildfires in Australia, California or even here at home.

Their Napanee, Ont., startup, FireRein, convinced friends and family to invest in their product, called Eco-Gel, then convinced volunteer fire departments in the area to test their concoction.

The company claims Eco-Gel snuffs out flames more effectively and using less water than standard suppressants, and doesn't contain the same toxic cocktail currently used to fight wildfires in Canada and around the world.

"We wanted to make a product that was safe — safe enough to eat," said Hodgen, FireRein's co-founder and vice-president.

The purely plant-based product is made largely of canola oil, cornstarch and other ingredients commonly found in your kitchen pantry. It resembles a thick salad dressing or creamy honey, and is diluted with water to put out fires.

Before FireRein, Hodgen worked as an industrial paramedic in the oil patch and battled wildfires in Manitoba, jobs that put him in regular contact with fire suppressing products packed with chemicals.

"I had no idea. We didn't wear gloves around those products," he recalled. "We were told it was safe."

Before Eco-Gel can be used to fight wildfires anywhere, it needs certification from the U.S. Department of Agriculture (USDA), considered the industry gold standard. In Canada, every province requires that a fire suppressant be on the USDA's list of qualified products before it's dropped from aircraft. Municipal fire departments don't have the same requirement.

"It does seem a little strange we have to go to the United States to certify our product to have it dropped on Canadian soil," Hodgen noted. "But you do need to have products that are plug-and-play with international jurisdictions."

FireRein is now working with Underwriters Laboratory and the USDA to get the designation it needs to drop Eco-Gel  from aircraft as well as for use at airports.

That lengthy process could cost between $500,000 and $1 million. FireRein is hoping sales of its fire prevention spray gels, along with extra help from investors, will help see the company through the U.S. certification ordeal, Hodgen said. 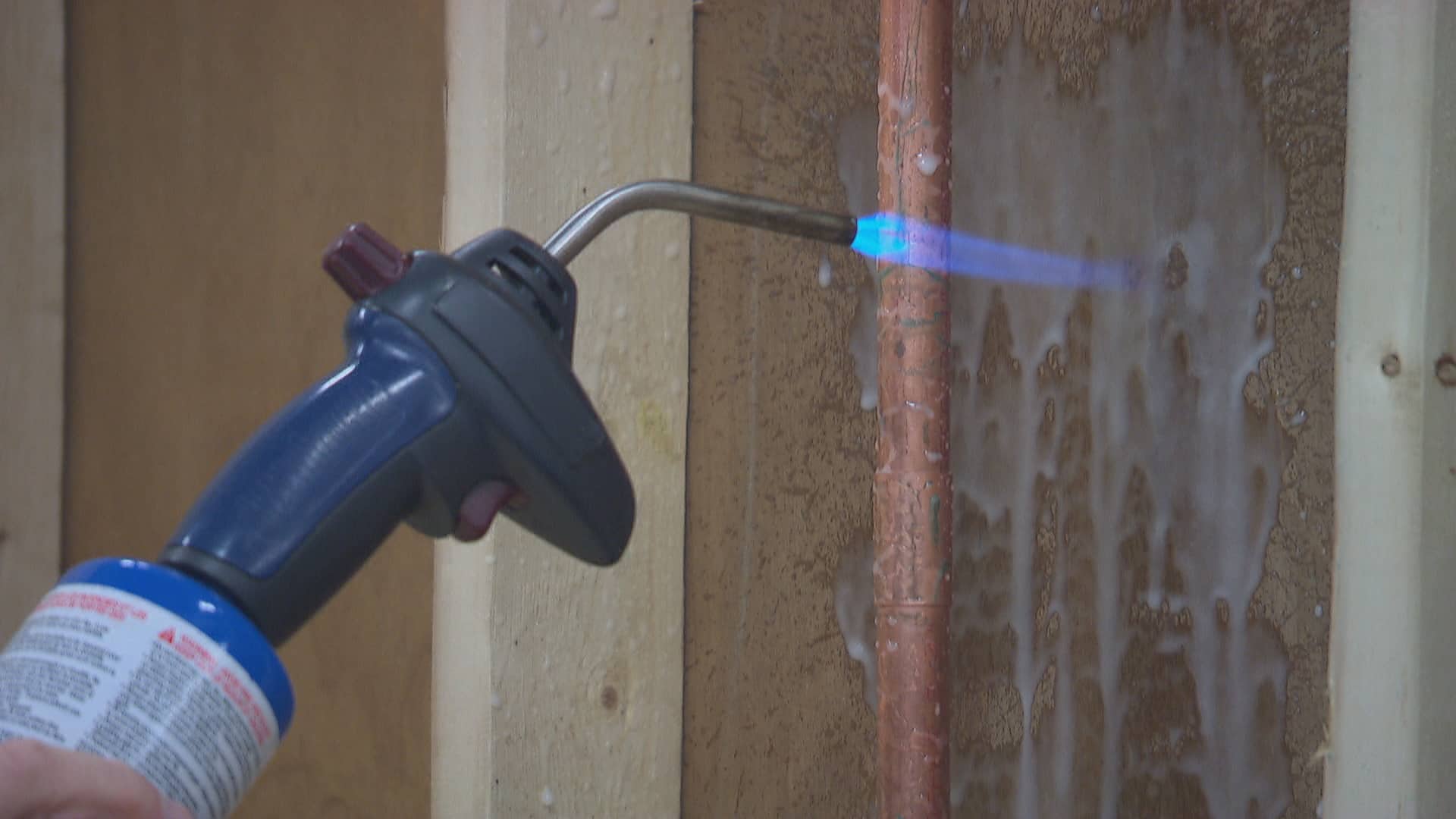 1 year ago
1:00
Firefighters in Napanee, Ont. have developed a concoction meant to stop fire in its tracks by coating surfaces in an eco-friendly gel.  1:00

There are ongoing legal cases in Canada, the U.S. and Australia over soil and water contamination stemming from the use of fire-suppressing foam near military bases, airports and testing facilities.

Near Smiths Falls, Ont., some residents are still dealing with the toxic aftermath of a 2017 flea market fire after firefighters battling the blaze used chemical-based foam. Fire chiefs involved in the incident later said they'd been told the suppressant they'd sprayed on the flames was "environmentally friendly" and "biodegradable."

Emmons, a volunteer firefighter for more than 20 years, said he began researching better solutions because he didn't believe those claims.

The chief of the Drummond/North Elmsley fire service, which battled the 2017 flea market blaze, said his department is now using Eco-Gel in training, and plans to deploy it on future calls due to "foam issues in the past."

University of Guelph scientists have tested the environmental toxicity of several fire-suppressing products on the market.

"Eco-Gel actually turned out to be, in most cases, the least toxic of the six we tested," said Ryan Prosser, assistant professor of environmental sciences at the University of Guelph, who received a grant to carry out the research.

USDA certification requires a standardized test using rainbow trout, according to Prosser. Eco-Gel passed the trout test "even at the highest rate of application," he said. "We didn't observe mortality."

Another study by the Applied Science department at St. Lawrence College in Kingston, Ont., looked at how well three different products put out fires.

"It's worked very well. We're a lot quicker," Thompson said. "We had a tractor-trailer fire with new cars on it. They were able to stop that from spreading down the trailer into the newer cars."

But Thompson said the primary reason his department decided to try it is to prevent the contamination of wells, lakes and rivers in their rural territory.

The FireRein team is now talking to the province of Ontario's Ministry of Natural Resources regarding a pilot project during the next wildfire season. It's also reaching out to potential partners in Australia in the hopes of licensing and manufacturing their product in that country.

"I can have a bigger impact on the fire service doing this than actually being on the fire truck," said Hodgen, who's still a volunteer firefighter in his community.