An Orleans family is homeless after a fast-moving fire destroyed their home on Monday morning. 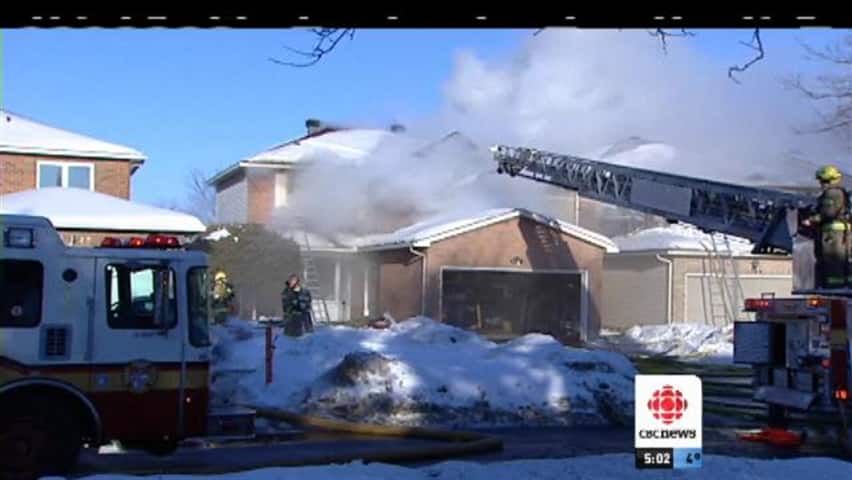 9 years ago
2:22
A family on Champneuf Drive in Orleans are homeless after a fire tore through their home on Monday. 2:22

A family in Orléans was left homeless after a fast-moving fire destroyed their home on Monday morning.

Fire crews from two fire stations worked to put out the blaze at 1547 Champneuf Dr. and to keep the fire from spreading to two neighbouring houses. The fire started at about 7:30 a.m.

Fire department spokesman Marc Messier said the ground floor of the two-storey home collapsed and firefighters were forced to leave the home. They continued to battle the fire from outside.

A smoke detector alerted the sleeping couple who lived in the home and they managed to escape with their pet dogs and call 911. Their two children were not home at the time.

The cause of the fire is still under investigation. Damage to the home was pegged at about $400,000.

Jeanne d’Arc Boulevard was closed in both directions between Orleans Boulevard and Belcourt Boulevard.