And, action! Filmmaking complex gets go-ahead

Construction on Ottawa's new filmmaking complex could begin as early as this summer, after the city's planning committee gave it the go-ahead Thursday.

Construction on $40M 'creative campus' could begin this summer

Construction on Ottawa's new filmmaking complex could begin as early as this summer, after the city's planning committee gave it the go-ahead Thursday.

The project will see four sound stages built on the Greenbelt, across Woodroffe Avenue from the Nepean Sportsplex.

"It's hard to be against it really," said Bruce Harvey, Ottawa's film commissioner.

Sound stages are in short supply around the world, Harvey said, with some production companies forced to shoot in rat-infested warehouses and other dilapidated buildings. 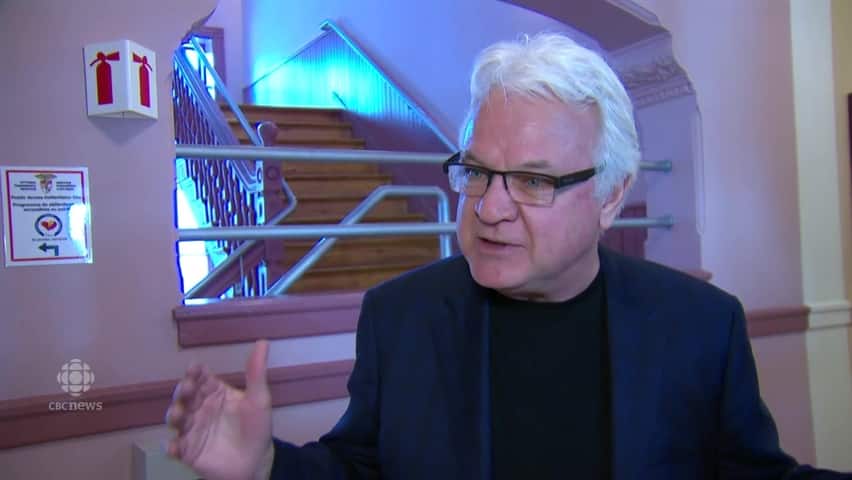 Ottawa as a film hub? The city's film commissioner thinks so

2 years ago
0:54
Ottawa's film commissioner, Bruce Harvey, says there's a lack of sound stages world wide and the four sound stages that are planned on being built in the Greenbelt will be booked up by day one. 0:54

The Ottawa Film Office plans to lease the land while its development partner, Toronto's TriBro Studios, will spend about $40 million to construct the sound stages, office and work areas, turning it into a creative campus.

The area will soon be bustling with innovation.- Catherine Callary, Ottawa Film Office

Film office chair Catherine Callary told the committee the site is ideal because it's close to both the airport and animation studios and Algonquin College.

"The area will soon be bustling with innovation," she said.

Having a hub for the city's many production houses and film students will help raise the sector's profile, Harvey said.

Many people have no idea that successful animated shows such as Netflix's Hilda are produced in this city, or that there are currently three Christmas movies being shot in Ottawa, he said.

"Building this campus helps people in Ottawa understand how big our industry is, what we can contribute to the community. And I think it's a sexy building!" Harvey said.

Both Harvey and Coun. Jan Harder tagged along on Mayor Jim Watson's trip to Queen's Park this week.

Coun. Keith Egli, in whose ward the complex will be built, said it's about time the city took advantage of the economic opportunities the industry has to offer.

"The students who come to Algonquin, for example, can stay here when they're trained and enhance our city," he said.

The rezoning needs the final approval of city council, and the NCC must give its OK to other aspects of the project.