Headaches, shortness of breath, allergy flare-ups, nausea: these are some of the symptoms reported in a poll of federal workers on the 19th floor of Les Terrasses de la Chaudière​ in Gatineau.

Headaches, shortness of breath, allergy flare-ups, nausea: these are some of the symptoms reported in a poll of federal workers on the 19th floor of Les Terrasses de la Chaudière​ in Gatineau.

Now Radio-Canada has learned a labour inspector with the federal government has ordered the employer to fix more than a dozen labour code violations by Friday.

According to the ministry, 171 employees with Indigenous Services Canada and Crown-Indigenous Relations and Northern Affairs Canada were crammed together on a floor where the HVAC system was only delivering enough fresh air for 105 people.

"The employer did not ensure the HVAC system was modified to meet the standards [laid] out in the [occupational health and safety regulations]," according the report written by investigator Jenny Teng following her visits to the offices on Sept. 19 and 20.

Teng identified a number of reporting and transparency problems related to previous investigations of the issue, and found the employer "has not taken care to eliminate all risk" to employees. 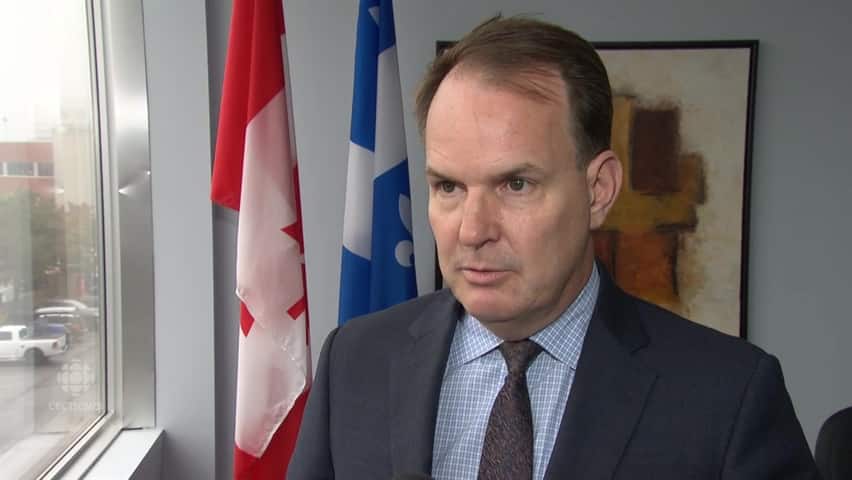 The poll of workers at  Les Terrasses de la Chaudière​ took place July 20-30, and received responses from 75 per cent of the employees on the 19th floor — "a rate of participation that makes the results extremely pertinent, especially since it was undertaken in the middle of the summer vacations," according to the report.

Of those who responded, 98 per cent reported at least one of the 12 symptoms listed, and 81% named two. The symptoms included headaches, allergy symptoms, sneezing, coughing, fatigue and respiratory problems.

Only three of the 131 respondents reported no symptoms at all.

The employees' occupational health and safety committee also sounded the alarm about conditions on the 19th floor in early September. The committee's report cited earlier investigations, including one dating back to 2014.

The committee recommended slashing the number of employees housed on the 19th floor.

Gatineau MP Steven MacKinnon, who's also parliamentary secretary to Public Services and Procurement Minister Carla Qualtrough, said the conditions on the 19th floor are an "operational issue" that would be left to local managers to decide.

At the same time, he said the government has indicated to decision-makers that it wants to get to the bottom of the problem.

"We do however, accept that employees have concerns," MacKinnon said.

William Olscamp​, a spokesperson with Indigenous Services Canada, said "immediate actions" are underway to address the issues raised in the latest inspection report.

Olscamp said an "action plan" is also being developed to respond to the problems brought up in the employee survey, "to improve the safety and well-being of employees in the workplace."​

MacKinnon said the HVAC system would be part of a planned major renovation of Les Terrasses de la Chaudière​.

The Ministry of Labour inspector also inspected and confirmed several Labour Code violations on the sixth floor of a second federal office building at 15-25 rue Eddy, also in Gatineau.

That building has been cited for problems related to water infiltration, mould and a bat infestation.

The inspector found the employer failed to protect employees from the presence of bats and bat droppings despite knowing about the problem more than two years ago.

With files from Stéphane Leclerc