The unions representing Ottawa police officers claim the new radio system being used by the force is faulty, putting the safety of police and the public at risk.

The unions representing Ottawa police officers say the new radio system being used by the force is faulty, putting the safety of police and the public at risk.

The city awarded a 10-year contract to Bell Canada worth $5.5 million a year to develop the system, and migrated some 6,000 users from police and other city departments to it.

"The philosophy of moving towards this system was understandable," Skof said.

"The benefit that [police] were supposed to derive from this was our ability to go to a common channel with other city departments. But the problem is ... [the system] can't keep up with the demands that Ottawa police have put on it." 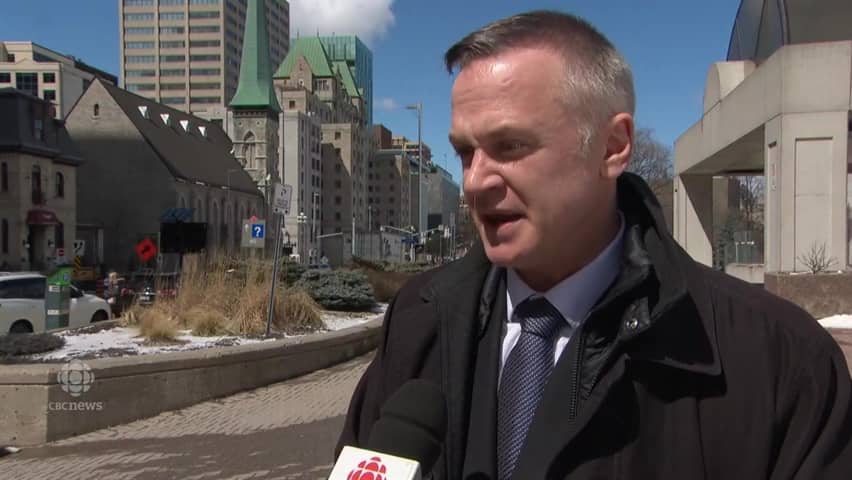 2 years agoVideo
0:33
Ottawa Police Association president Matt Skof says the new communications system is making it difficult at times for officers to communicate with dispatch and their colleagues. 0:33

In some cases, Skof said, dispatchers have been unable to communicate with officers on the job and police radios sometimes don't function in certain buildings.

The issues were raised with the city during the new system's testing period, before it came into effect last month, he added.

"The system never met our expectations," he said.

'It's a very large, complex system'

Deputy Chief Uday Jaswal said the police service is aware of the ongoing issues and has taken steps to address them in a "timely" manner.

"It's a very large, complex system," he said.

"With any large system, like a radio system, there is a set of challenges that you go through in terms of implementation and so we are working through those." 'This is a public safety issue'

"This is a public safety issue," he said.

"Both our staff and [Bell] have to get their act together because we don't want to send our police officers out in harm's way where they have no access to radio signals."

Watson said he's asked city staff to provide him with a briefing later this week about what can be done to get the system working properly right away.