A 51-year-old man is dead, while two other people suffered serious injuries after a head-on crash on Highway 17 east of Pembroke, according to Ontario Provincial Police. 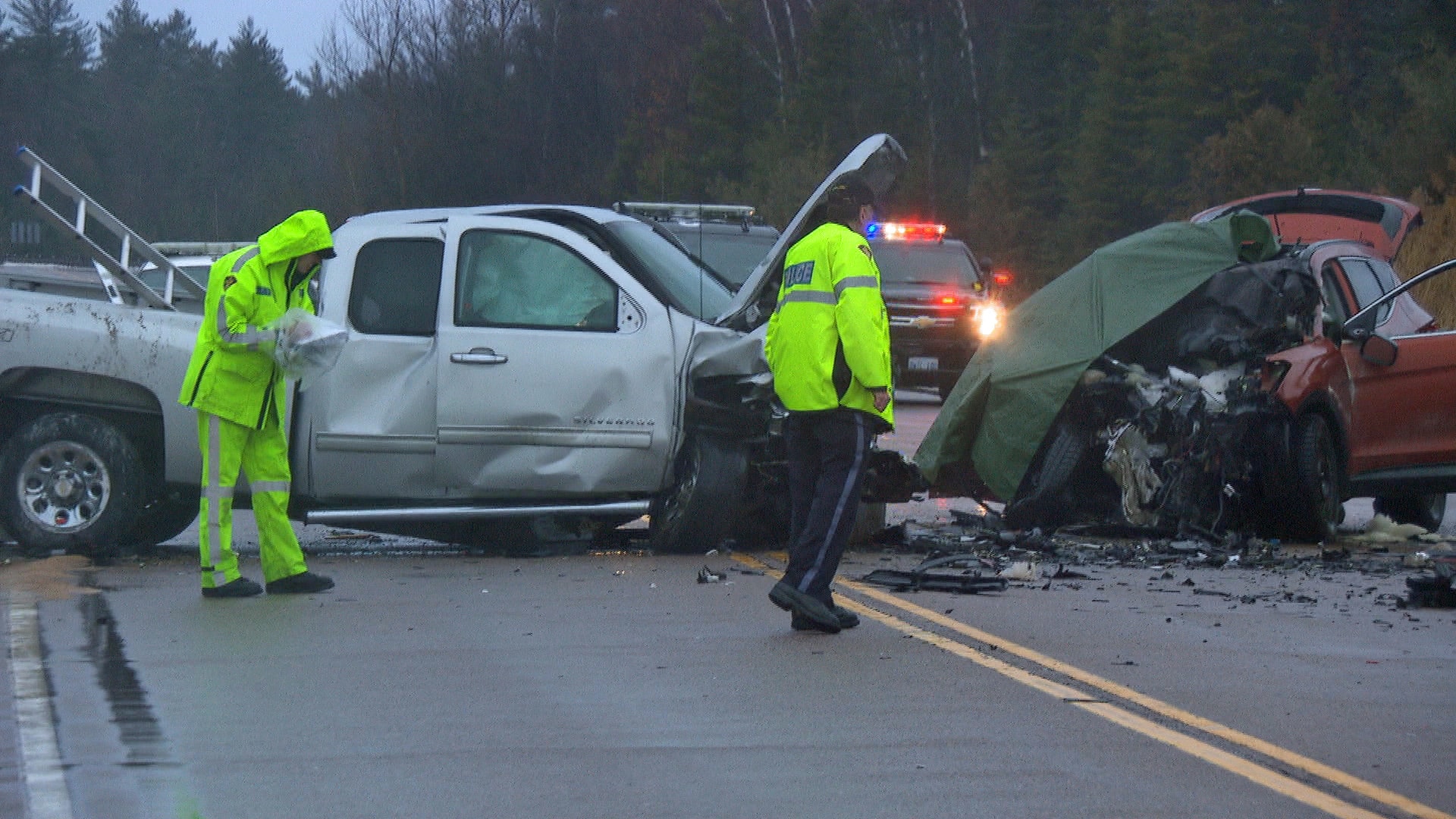 5 years ago
0:38
A head-on crash on Highway 17 near Pembroke killed a man and severely injured two others. 0:38

A 51-year-old man is dead and two people were taken to hospital with critical injuries after a head-on crash on Highway 17 east of Pembroke, Ont., this afternoon, according to Ontario Provincial Police.

A 19-year-old woman, who was driving east in a Hyundai Santa Fe with the 51-year-old passenger, was airlifted to hospital with life-threatening injuries after the vehicle collided with a westbound Chevrolet pickup truck just before 2 p.m.

The 32-year-old man, who was driving the pickup truck, was taken to hospital in an ambulance with serious injuries that are not considered life threatening, police said.

On Tuesday, police identified the victim as Troy Tofflemire of Ottawa.

Ontario Provincial Police closed the highway in both directions between Greenwood Road and White Water Road to investigate. It was expected to remain closed until late Monday.

OPP Const. Sean Peever said investigators are trying to determine if rain was a factor in the crash.

"We have to take into account the weather. It was raining at the time," he said.