Fake monks seeking donations in downtown Ottawa are a 'fraud'

Men dressed as monks and accepting money on Ottawa streets are not real Buddhists, says a local expert. 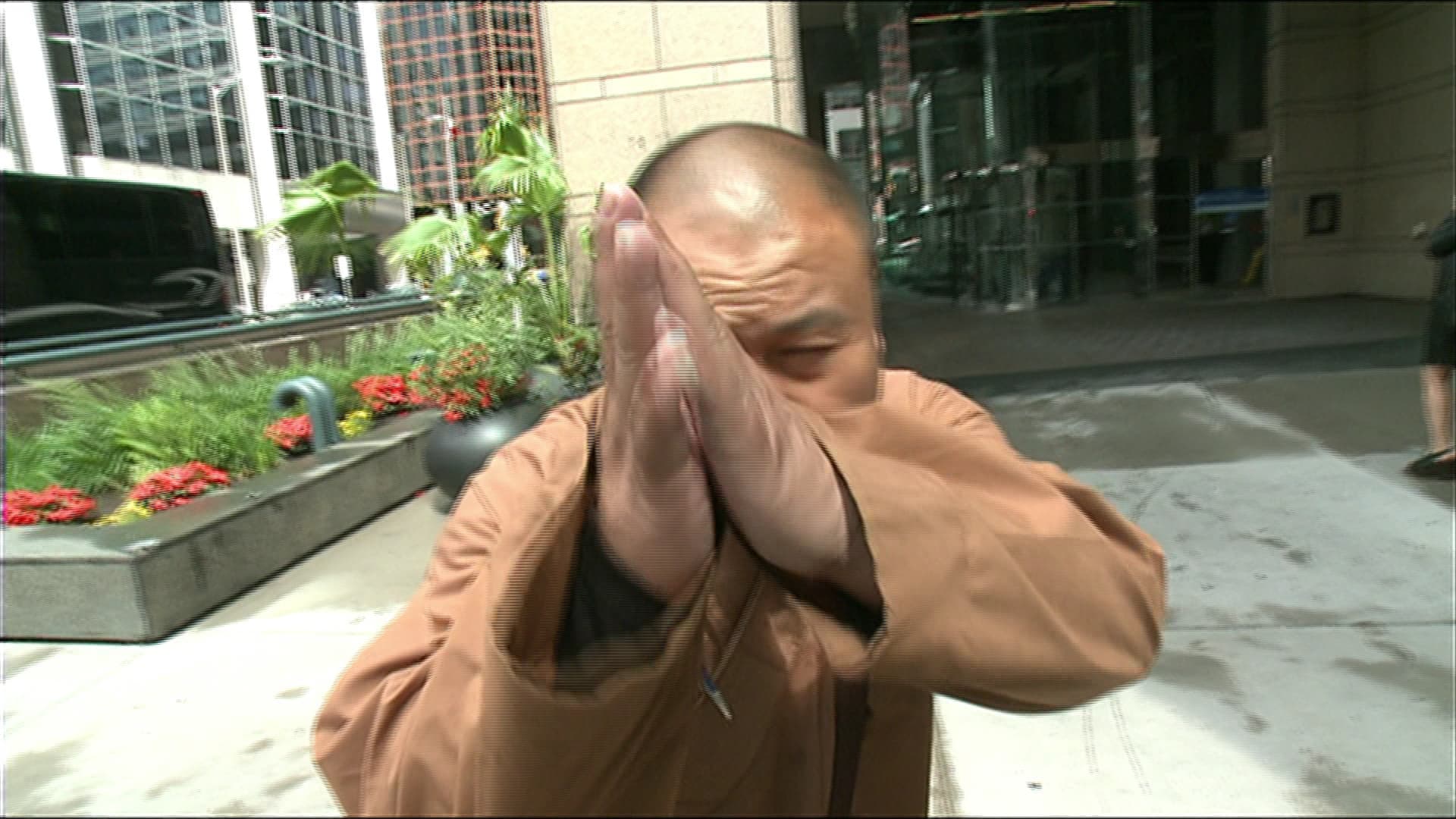 Taking money on the streets is not part of the Buddhist religion, Andre Vellino, a practising Buddhist who teaches meditation at the University of Ottawa, said about the men, seen at bus stops and along the streets, and dressed in brown robes with shaved heads.

"It's as easy a fraud as you can to detect," said Vellino.

"If you give them money and they accept, then they are not monks."

CBC News spotted one of these robed men accepting money in exchange for a trinket at a bus stop at Slater and O'Connor streets. The woman who gave the man money said he did not speak during the exchange.

Ottawa police have not received any complaints about the men as it is not illegal unless they become aggressive.

Earlier this month, Toronto police vowed to crack down on the practice after they received complaints about similar men on Front Street near Union Station who were aggressive.

Hot-dog vendor Terry Scanlon said he has seen the men with notebooks, and some people have told Scanlon the men have accepted up to $20.

Buddhists have told CBC News that real monks only accept donations inside the temple.