The company behind the F-35 fighter jets is in the midst of a new PR campaign aimed at ordinary Canadians, not just politicians and military officials.

Lockheed Martin trying to warm Canadians to their fighter jet 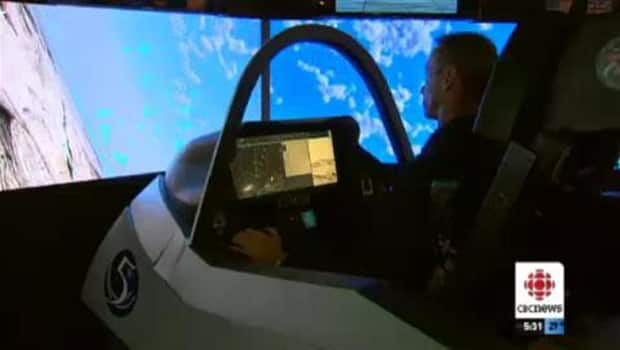 8 years agoVideo
2:37
The company behind the jet Canada is re-evaluating has launched a new PR campaign. 2:37

The company behind the F-35 fighter jets is in the midst of a new PR campaign aimed at ordinary Canadians, not just politicians and military officials.

Lockheed Martin has taken out ads on Ottawa's OC Transpo buses, with slogans such as "putting high tech where it's needed, on the front lines."

They've also launched a website and social media campaigns and have been bringing a simulator to events such as Ottawa's Cansec, the largest defence trade show in Canada.

This is despite the federal government’s decision in December to officially "hit the reset button" on buying a fleet of F-35s, after the auditor-general said the government had undersold cost estimates by billions of dollars.

There has already been a third of a billion dollars spent on the search for a replacement for Canada’s aging CF-18 jets, with Canadian military officials continuing to work with the program.

Lockheed Martin vice-president Steve O'Bryan is in charge of the F-35 project and said he's aware it's a controversial aircraft.

"We're trying to dispel any misinformation or myths that are out there today," he said.

O’Bryan said a Pentagon report last week showed the cost of a single F-35 jet is slowly dropping and would cost about $75 million if Canada orders by 2020.

However, one of the F-35's rivals also at Cansec said they saw the PR campaign as a sign their project’s in "survival mode" in Canada.

Many other manufacturers have stepped up their efforts to pitch their products against what they’re calling a "politically weakened" F-35.