So your teenager is vaping. Here's what you can do

Parents concerned about their child's growing vaping habit should clear the air before it becomes a serious addiction, according to health and behavioural experts.

Parents concerned about their child's growing vaping habit should clear the air before it becomes a serious addiction, according to health and behavioural experts.

"I don't think it would be a good idea to ignore this," said Nick Delroy, a registered psychotherapist based in Ottawa. "At the very least, it's worth a frank conversation."

Among the questions Delroy believes parents should be asking themselves: "How much are they doing it? Are there other kids in the home that might be affected by seeing their older brother or sister doing these things?"

Therapy can be a powerful tool to help young people dealing with vaping addiction, Delroy said, but there are also addiction counsellors available to Ottawa high school students through ​a program called Project Step, which is supported by United Way Ottawa, the Champlain Local Health Integration Network and Ottawa Public Health (OPH).

Let them know that you're here for them and you're there to support them.- Marino Francispillai, Ottawa Public Health

"Our nurses in school have been hearing about vaping happening in schools and have been working with their schools supporting with whatever they can," said Marino Francispillai, a program manager for school and community mental health and wellness at OPH.

"Provide the information that you've read up on to your kids, and let them know that you're here for them and you're there to support them," he said.

According to Health Canada, vaping can lead to nicotine addiction, which poses a particular danger to young people.

"Youth are especially susceptible to its negative effects, as it is known to alter their brain development and can affect memory and concentration," the health agency said on its website.

St. Joseph High School in Barrhaven recently decided to remove the doors to most of its washrooms to stop students from vaping inside the building.

"It's a very alarming issue," said Dr. Andrew Pipe, a leading expert on smoking cessation at the Ottawa Heart Institute.

"There's been an explosion in the use of these devices by youth since the products were introduced in Canada." 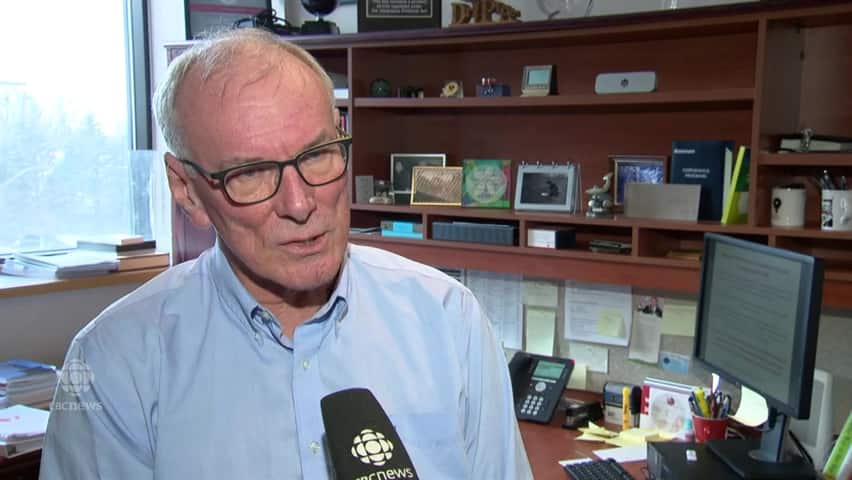 2 years ago
0:36
Andrew Pipe, a doctor at the University of Ottawa Heart Institute and an expert in smoking cessation, says the popularity of 'vaping' is causing tobacco addiction among youth. 0:36

Pipe points to the way vaping products are marketed as one of the main factors behind their appeal to young people.

"These devices are being advertised in very alluring ways," he said. "All of the rules and regulations, which we introduced so carefully to control tobacco products 20, 30 years ago, have gone by the wayside and it's a Wild West show out there. Aggressive, robust marketing of these devices has to be met with aggressive, robust regulation."

In the U.S., health officials have labelled the rising rates of vaping among teens an "epidemic."

In his research into the topic, University of Waterloo professor David Hammond found a similarly disturbing trend in vaping rates among Canadian teens.

His work is currently under review by a medical journal. At Health Canada's request, Hammond submitted two draft studies to the department for their assessment.

"For the first time in Canada, we're seeing an upswing in the number of teenagers and young adults who are smoking, and we feel that the introduction of vaping products has contributed substantially to this," Pipe said.

National and international smoking cessation authorities are gathering in Ottawa on Jan. 18 and 19 for a conference hosted by the University of Ottawa Heart Institute. This year's conference will address pressing issues including e-cigarettes and the effects of cannabis on the heart.

With files from Kelly Crowe