A family with three young children is looking for a new home after being served an eviction notice for complaints the kids were being too loud while at home during isolation.

Legal expert says tensions between tenants on the rise

An Ottawa family with three young children is looking for a new home after being served an eviction notice following complaints the kids were being too loud while at home during isolation.

"First it was disbelief, then anger, [then] frustration," said Janybek Abakirov, who's been working at his banking job from the family's third-floor apartment while his wife takes care of their newborn and two boys, ages two and four.

"The management office is telling us to vacate the property within three weeks due to noise complaints because of our kids."

Abakirov said he had previously experienced tensions with a downstairs neighbour in the apartment building on Richmond Road. Since the pandemic began, those tensions have boiled over.

Late last month, he got a detailed notice of eviction from his landlord. The notice details noise complaints over a four-week period, including jumping, yelling and running. 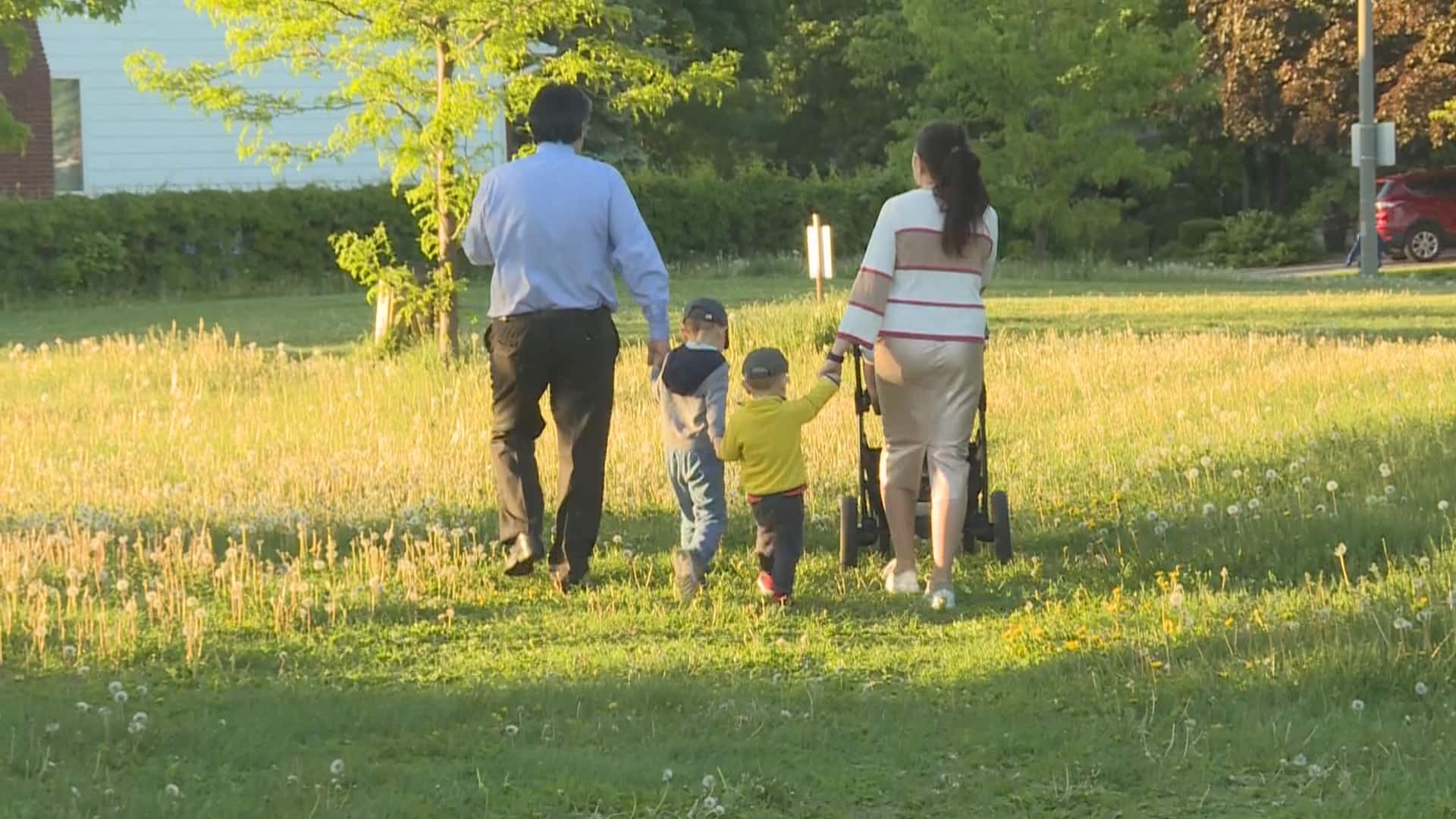 9 months ago
2:41
The Abakirov family received an eviction notice last month, complaining of jumping, yelling and running noises. But they say the noise comes from keeping their three young children home in the apartment — and they’re not sure what they can do to change it. 2:41

With schools and daycares closed, Abakirov said he and his wife have been doing their best to keep their children occupied.

"[We] try to manage them as much as possible, making sure they are occupied with different games, books, sometimes cartoons, but, hey, kids are kids," he said. "They like to run around."

Citing privacy concerns, Britannia By The Bay Apartments declined CBC's interview requests, but in an emailed statement senior vice-president Mark Hales said the company recognizes its tenants are going through a challenging time.

"However, when noise levels are repeatedly problematic, we have an obligation to follow the provincial framework that is in place to handle this type of situation," Hales wrote.

Tensions on the rise

Legal experts say during this pandemic, these types of conflicts and complaints between tenants have been escalating.

"Cooking, smoking from balconies, noise disruptions … all of these are on the increase because everybody is forced to stay at home. Nobody gets a break from their neighbour anymore. They're at home 24/7," said lawyer Rodrigue Escayola.

He said Ontario's Landlord and Tenant Board will need to decide whether those complaints constitute normal behaviour and activities during abnormal times.

"Is this disruption specific to the current health crisis which forces people to stay at home? If that's the case, I think the adjudicating body would be more flexible," Escayola said.

He added that hearings by the Landlord and Tenant Board are on hold in Ontario until emergency measures are lifted.

After months of stress and weeks of complaints, Abakirov said he's not planning to appeal.

"I could go and appeal and I could win, but in the end, is it a healthy environment for my kids to live in?" he asked.

Instead, he said his family is currently looking for a new home, but he's hoping his story will make other tenants think twice about the challenges some families are going through.

"I understand these are difficult times, but at the same time these are kids, and kids also have rights," Abakirov said. "All I'm hoping is that there's a little bit of understanding around us."