Project Give: Charity programming on CBC lasts all weekend

CBC Ottawa held a special day of programming to raise money for the Ottawa Food Bank as part of the annual charity drive Project Give, but we are accepting donations all weekend.

Get into the holiday spirit with stories, music and giving, in support of the Ottawa Food Bank 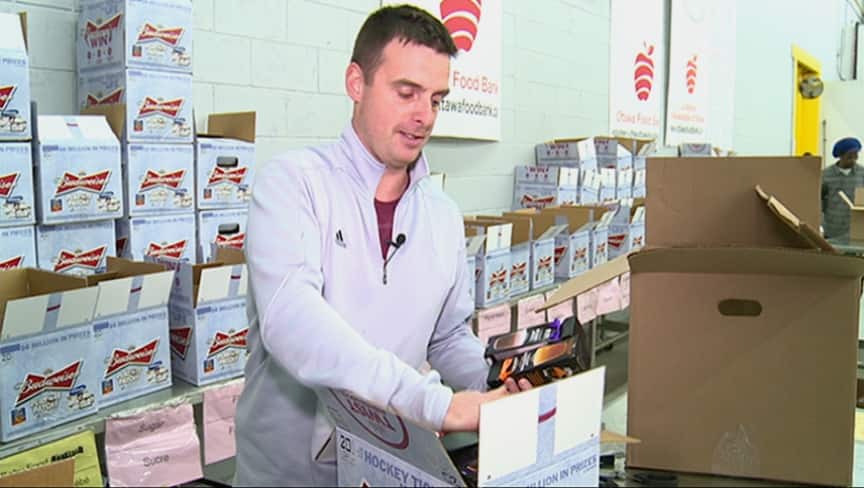 CBC Ottawa held a special day of programming to raise money for the Ottawa Food Bank as part of the annual charity drive Project Give.

On Dec. 5, CBC dedicated the day to telling the stories of the Ottawa Food Bank through the eyes of the people they serve.

At the end of Friday, Project Give had raised $147,000, but you can still donate all weekend.

The first 200 people to make a donation in person can enjoy a fresh hot cup of coffee on us as they enjoy live music from:

Win a pair of tickets to see Stuart McLean at the National Arts Centre by making a cash donation with one of our roving reporters stationed at:

All in a Day - Food Fantasy Winner

Those live music performances were:

Host Alan Neal also announced the top fundraisers in the Food Fantasy Challenge in front of a live studio audience.

There were great prizes up for grabs in exchange for donations.

Project Give continued on CBC News Ottawa at 5 p.m. on CBC Television with Lucy van Oldenbarneveld and Adrian Harewood hosting a special edition of the evening news.

There was also a special report on the Ottawa Food Bank from reporter Steve Fischer and the grand reveal of the fundraising total as the campaign comes to a close.

Photos from the 2014 Charity Drive