Ottawa Senators owner Eugene Melnyk says he and the franchise are in Ottawa for the long haul in a new video and open letter, promising a fresh start after a "horrible" 2017-18 season. 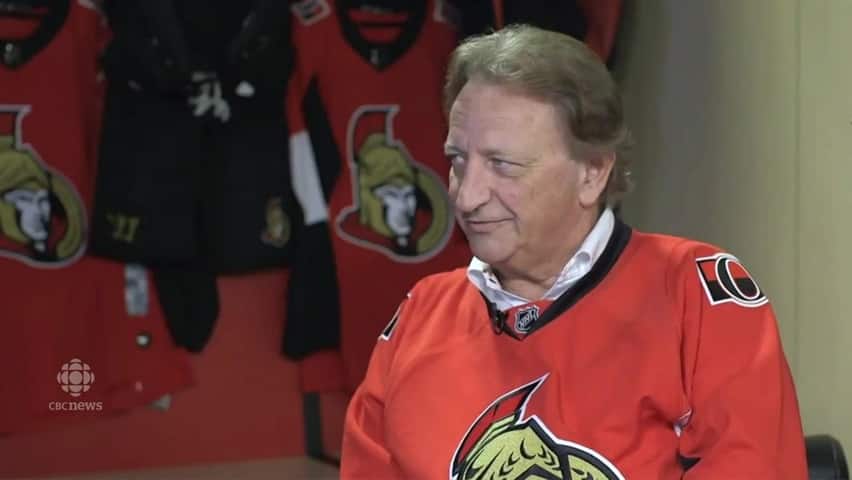 3 years agoVideo
5:42
The Ottawa Senators have released a video conversation between team owner Eugene Melnyk and defenceman Mark Borowiecki. Melnyk is promising a fresh start with a rebuilt team after a 2017-2018 season that saw the team drop to second-last spot in the NHL. 5:42

Ottawa Senators owner Eugene Melnyk says in a new video and open letter that he and the franchise are in Ottawa for the long haul.

Echoing at times the tone of an open letter to season ticket holders in March, Melnyk promised a fresh start with a rebuilt team this season after a "horrible" 2017-18 season that saw the team drop to the second-last spot in the league.

"Right now we're in the dumpster," Melnyk admitted in a video staged as an interview with fan favourite Mark Borowiecki and released late Monday night.

Since the first letter, the team has traded scoring winger Mike Hoffman in the midst of a cyberbullying scandal and lawsuit, entertained the idea of trading superstar defenceman and captain Erik Karlsson, and saw assistant general manager Randy Lee resign after harassment allegations in the U.S.

"We're ready to rebuild the organization so that it represents the best of us," reads the letter, promoted on the front page of Ottawa's daily newspapers.

In the video, Melnyk said the training camp starting Thursday should end with an opening night roster Oct. 4 that should exceed expectations, with nearly half of them being new faces.

"Ten of of the 22 players are going to be new, meaning they're either rookies or played under 10 games last year," he said.

"The following year it's going to up to 15 of the 22, maybe 16. That's a total turnover, which is exactly what a rebuild should be."

As it stands, the team will have to accomplish this without a first round draft pick of its own this season, which was traded away in last season's Matt Duchene deal.

After the #MelnykOut fan-funded billboard campaign pressed Melnyk to sell the team for floating the idea of moving it, the owner promised to stay.

"I'm going to stick around here for a long, long time. I'm not going anywhere," he said.

"Number two, the franchise is not going anywhere. So that's totally solid. We can all focus and get rid of the noise." 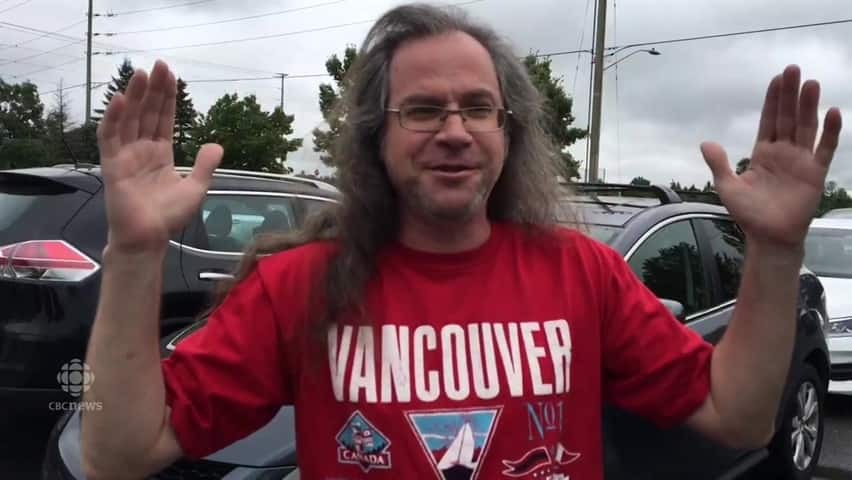 'The whole thing was insane'

Both the letter and video included what appears to be a new season slogan: "Ottawa Rising."

The letter said the team's leadership heard from fans at season-ending town halls and over the summer, and is now focusing on "four pillars": hockey excellence, a fan-first experience, business growth and community engagement.

It included a nod to ongoing negotiations to rebuild LeBreton Flats on the edge of downtown Ottawa with a new arena.

"We must … create the right circumstances to build a world-class arena at the heart of our world-class community," the letter said.